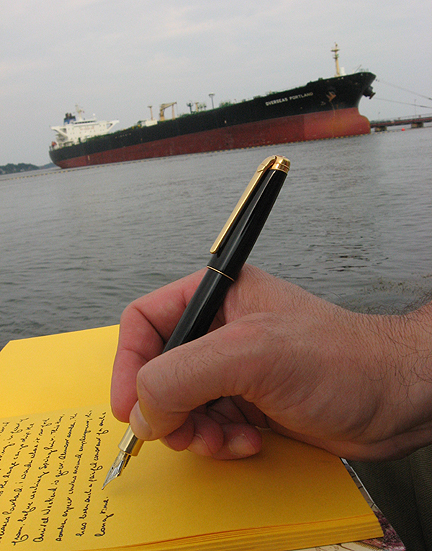 “A human is not any inborn image of itself,
but many images coming in from the outside.”

The wilderness of this pandemic is now entering its eleventh month. While the end is not in sight, the beginning is long out of view, and the passage of time generates its own mirages about progress. It’s too easy to be fooled by distances covered and changes in seasons, thinking all will be resolved soon. Joining the popular parlance has been the expression “covid fatigue,” and it speaks for the weariness of many. This kind of exhaustion can deceive anyone into thinking the nightmare will end as a film does when the credits roll and the house lights come up again. But a global pandemic is not quickly resolved- even if it materialized as a rip tide. Yet in the midst of chaos and misery, the imperative to keep working and responsibly run a tight ship remains. Admittedly, there are many instances at which I stop in my tracks, in the middle of a work day, and feel the subtly deep-seated grief of these times. It’s difficult to have something with which to compare this. I often go to my street-facing windows, looking for signs of life such as pedestrian humanity and a tempo that exceeds that of my apartment. Very many recollections have heartbreaking undertones, as I remember casually traveling to visit interesting places of beauty and intricacy, seeing friends, and enjoying savoury meals. I remember the suddenness of closures last March, known in my thoughts as “when the curtain came down.” Right away, I struggled with boredom and tedium. Far too many struggle with much worse. Indeed, the entire world is in crisis. These are grievously sad times. Perhaps these things get to you, too. When humanity finally traverses this wilderness, there will be many notes to compare in person. 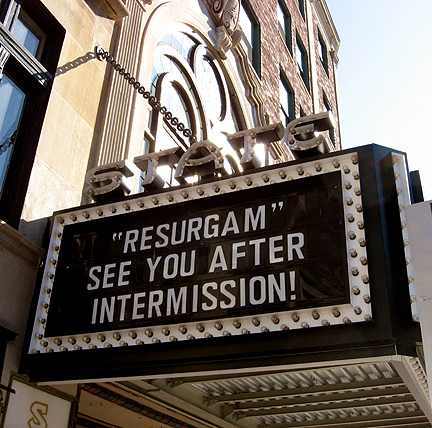 Ever the observer- even through quarantine life- and always writing and photographing, I continue to notice the words of this era. Documenting these times, I’ve made note of the strangeness of such terms as social distancing, self-isolating, masking-up, contact tracing, curve-flattening, covidiots, doomscrolling, and the quickly overused unprecedented. Then there are cultural expressions of dismay. Of course many are shocked at what has been transpiring before our eyes; so am I. We can express it, or we can say, “I have no words.” Of course you have words. There are always words, especially in a language as pinpont specific as ours. Just reach for the words. We can be as elaborate or as concise as we choose- but it takes a bit of thought to dodge the clichés and assert observing and inventive words of our own. Another verbal response of incredulity is now to say, “this is not what we are.” There are variations, such as “this is not who we are,” and “this is not what we’re about.” The spirit of this expression is understandable enough, but why not be more direct and responsible and say something like, “we know better than to do this,” or “that was not right and we were wrong.” As actions so often speak louder than words, saying “this is not what we are,” is actually saying “look at what we are.” Yes, these are words, but they are also determinants of our convictions.


having words and having minds 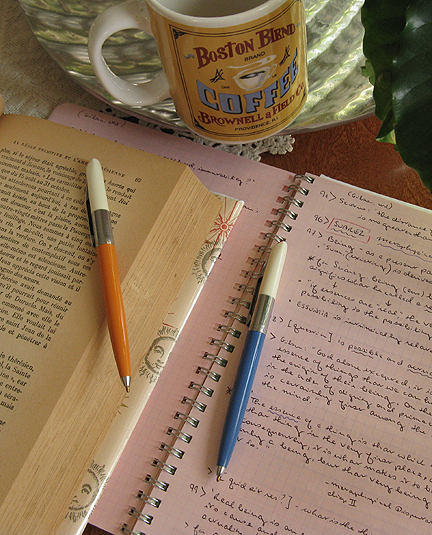 Navigating and surviving the pandemic brings most of us into a lot more solitude than we’ve previously known. Liking one’s own company can help a great deal. Amidst the suddenness of all the closures and curfews, even in the shock-response, I noticed myself immediately tapping into practices I learned in monastic life. Although pandemic quarantining has tensions and anxious undertones that do not resemble contemplative solitude, I’ve been trying to redeem this exile-like continuum in employment and “downtime.” The ora et labora adopted from my Benedictine friends manifests daily with the divine hours and journaling threaded through my self-propelled work days. Whether in professional communications, online teaching, or personal writing, words and inflection have greater implications than they had before the covid era. Our powers of expression and presentation have become more tightly funneled through verbal applications. Expression means saying what one is moved to say. Presentation demands the discipline of selective restraint, appropriate to the situation. It takes patience, as well, and necessary isolation seems to be forcing that all-too-forgotten virtue upon us. 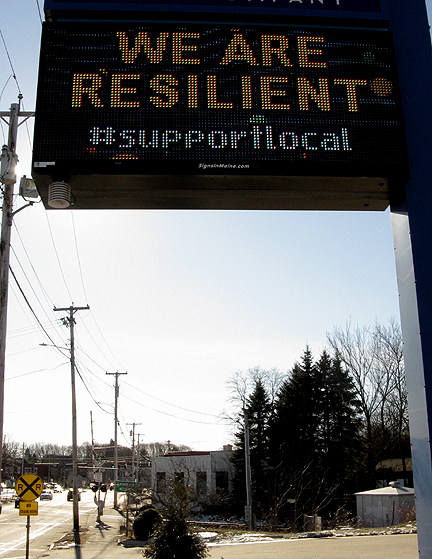 Along with the challenge to flex those articulation muscles, cultivating the healthful during daunting stretches of silence is equally a test of mindfulness. Both spheres make demands of an individual’s intentions, but both must also give way to unstructured musing. If I am the sole proponent of puttering, the lone such voice that crieth in the wilderness, then so be it. Perhaps by reading this, you may be inspired to your own recollective puttering around your living space. Paradoxically, by scattering the contents of my desk, I inevitably gather my thoughts. And though I haven’t got a mind anything like Albert Einstein’s, I undoubtedly comprehend his sentiment about loosening the valves of thought. Einstein wrote about how he would “think [about something] ninety-nine times and find nothing. Then I stop thinking, swim in silence, and the truth comes to me.” 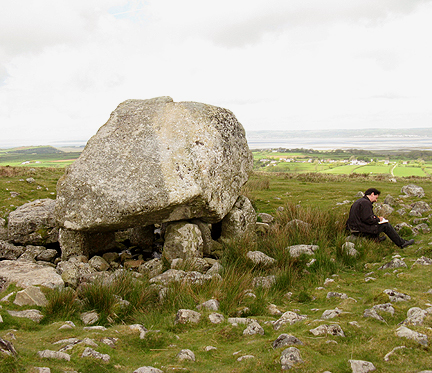 Philosopher Martin Heidegger famously said that language is the house of being. This is to say it is where the soul lives. Indeed worth considering while attempting to rise to the level of one’s own uniqueness, each one of us. Another overused word in the past year is resilience. It’s actually quite a good and useful word, made of the Latin assemblage of re-seliens, or “the act of rebounding” (the action of continually leaping ahead). Good words can be worn down into background noise, but its spirit can still inform and take shape. I can be resilient without using the word, finding other ways to describe being persuaded to persevere. The need to be inventively originative is especially enhanced in these times. The pandemic has scattered physical communities and muffled the arts, but that needn’t cause our creative minds to become dormant. We’re capable of finding ways to encourage one another, and we still have the potential to better our minds. We have words and we have minds. 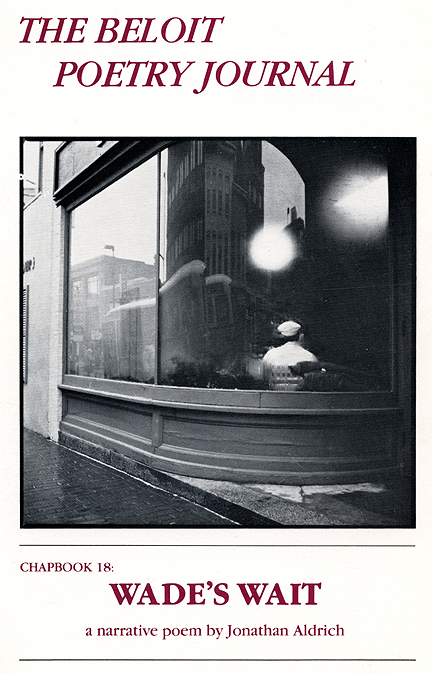 At the author's request, I provided this cover photo.

Earlier this month, my principal mentor and advisor from my undergrad years in college passed away. He was a well-published poet, as well as an inspiring and challenging educator. Brilliant in words and deeds. I studied writing, literature, poetry, and drama (including analysis of cinema) in Professor Aldrich’s memorable classes. Among the written arts, poetry in particular allows for the assemblage of words without the added constraints of sentence structure. Of course it is a craft of its own, just as essay-writing is also a distinct art form. A poet’s choices of words and their arrangements are the cutting edges for the expression of the artistic message. For me, there is no master as compelling as Dylan Thomas, whom I’ve loved since childhood, and whose configurations of words defy the rigidities of any predictable meter. Thomas was known to say that the sound of a word is as vital as its meaning; and it shows in his work. His written lines are filled with imagery. During my decade as a professor of photography, I regularly read Dylan Thomas to my classes- right before we would critique visual works. I would say, “Dylan’s words are giving us images, now we’re going to look at the images you see on the walls and provide some words.” Doing this always, always, always broke the ice that would be oh-so-typical in college art critiquing. When he wrote:


See, on gravel paths under the harpstrung trees
He steps so near the water that a swan’s wing
Might play upon his lank locks with its wind...* 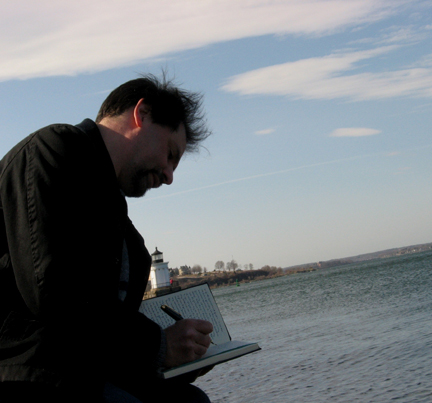 Dylan gave us a self-portrait, just as we photographers do when we set off the timers on our tripodded cameras for just long enough so that we can enter the picture. An opportunity of a lifetime became possible when I was invited to live in the Thomas’ home, in Wales, immerse in Dylan’s native colors, and write. Swansea and its region really did resemble the imagery I found in his words. The whole experience was profoundly meaningful in every way for me, encouraging my continuation of bonding images and words. No doubt, upon returning home to Maine, I visited with Aldrich and described some of these adventures while we were catching up. It was also a chance to express my gratitude for his encouragement. May I recommend that you cultivate your words; don’t say you have no words, because you do. It’s like when someone calls me and says, “Can I ask you a question?” In so doing, you’ve done so. Ask that question. Have those words.


So shall he step till summer loosens its hold
On the canvas sky, and all hot colours melt
Into the browns of autumn and the sharp whites of winter,
And so complain,
In a vain voice,
to the stars.* 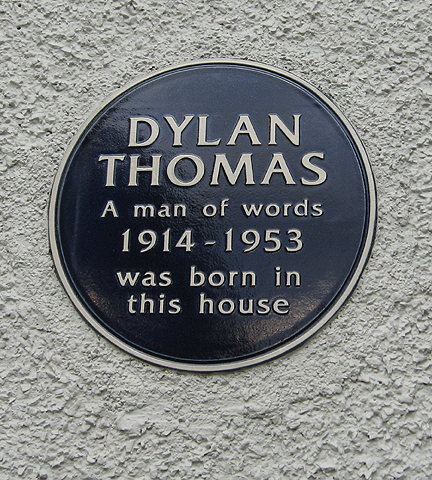 I had the supreme honor of calling this place home. 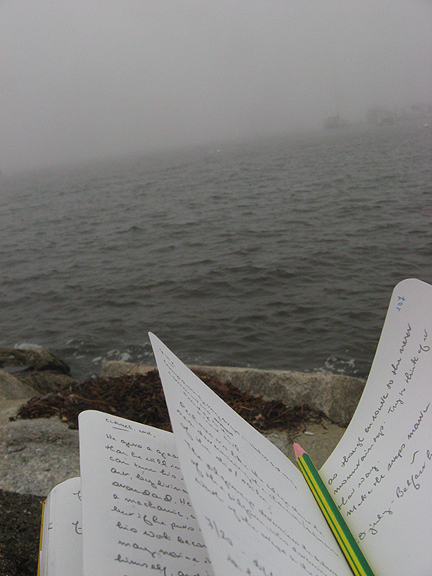