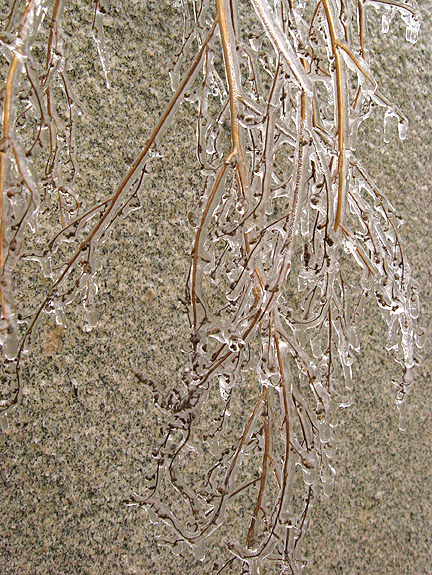 Among some old habits of mine is that of keeping a few bandages in my wallet. Through my adventures in art school, studios- and as a bookbinder- I’ve had to provide my own ready supply. Foraging enough with lacerated fingers, through remote and sparsely-stocked first aid kits, taught me to be self sufficient. Most of the time, the band-aids are for my own immediate patching-up, but I’ve given many of these away as needed. In such situations, the most effective cure is the most instantaneous. The cuts and scrapes can be revisited and redressed, beyond the momentary and stabilizing remedy. Rather like temporary, low-speed spare tires that allow us to retake the road en route to safety and more enduring solutions. It is the instantaneous aspect of a short-throw response that lingers so meaningfully. I believe this also holds true, when it comes to timely and thoughtful words that represent generous intentions. As with the small bandages, lightweight tires, splicing tape, binder clips, lengths of fishing line, and plastic tarps, consoling words do not necessarily solve problems: but they may act as vital stop-gaps. The idea of such triage is to reach the next step intact. 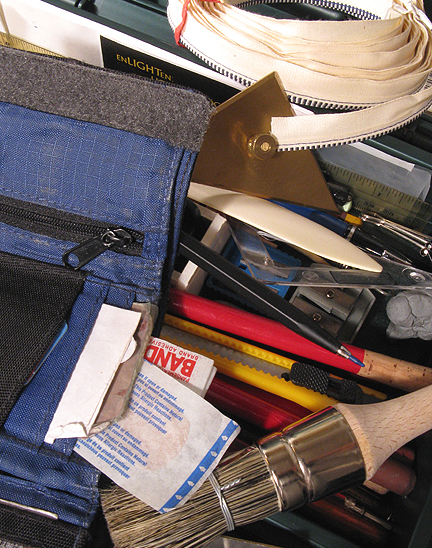 The new year is off to a start that too closely resembles the old year. Indeed, a calendar page’s turn does not automatically change our living standards. Road signs inform us about our direction; their purpose is not to tell is how enjoyably we’re travelling. The passage of time is about my only detectable progress. Apparently, the list of those who meteorically rise in flashy success is short. For me, the pace has more of the resemblance of a forest tree. True to a northern New Englander’s colors, seasons are stark and rapid. Roots anchor deeply, and whatever is above the surface must endure battering elements for some ten months per year. Seedlings evidently need a lot of time, accumulating forces and building some requisite ballast. The process, as least for this mortal, is excruciatingly slow. Fruition cannot manifest soon enough. 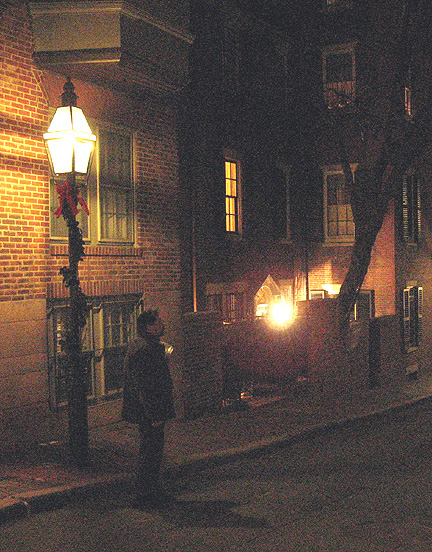 But what to do, when the ground trembles at every turn and foundations are endangered? Planning ahead and projecting only go so far in front of closed doors and locked gates. Now that surely needn’t negate composing wish lists. Instability demands a closer focus upon the present- even taking stock to appreciate the temporal. A wise friend once told me about “split seconds;” as anyone might do, catching their breath to regain composure and be able to stand at ease. A change of perspective is to sense my immediate context, and leave the far future for later- even if just as an experiment not to overthink. To me, a split-second regathering is a restorative moment, a stabilizing and portable respite.

Pondering this, through the tentativeness of unaffordable housing and difficult employment, my sense of momentary consolation is put to the test. There remains much to appreciate, but it requires creating some space in the chaos to be better able to savor what is life-giving. Appreciation must be an active observation. Don’t just admire that perfect cup of coffee; drink it before it gets cold. Just the other day, it came to me, as I was reassuring an anxious colleague. I heard myself say, “this is just for now.” Somehow those few and small words alleviated stress, pointing to the fleeting nature of a present oppression. The storm will pass and dissipate. Just for now. Later on, through the week, I noticed that I was occasionally repeating this to myself. Even the typographic "J4N" has been appearing in my journal entries.

But an active mind always aspires for more, especially as sources are discovered and tapped. And the motivation for supply is the demand. While just for now helps soothe the soreness of defeat, the memory of a long-ago “split second” has recently returned to me. Way back when I played hockey, the teacher that coordinated and watched over us did his job with fierceness and with the vigilant eye of a mentor. We were unruly kids, yet we followed our leader. Amidst our rambunctious collisions and adrenaline, he’d say to any one of us, “[are] you all right?” -or “you okay?”- in an understated tone of voice. Channeling this memory of sound, I’ve claimed this as another momentary respite: You all right? You okay? In an imagined response, I’ll say, sure; all right, and instantly resume whatever task I’d interrupted with that very brief pause.

Those split-seconds’ worth of resuscitation are punctuation marks in seamless streams of verbiage and shifting surfaces. Not solutions in themselves, but they are stepping stones in the days’ traversals- small yet vital bandages at the ready. Just for now is both grasp and release. In recent years, my experiences have comprised a voyage of survival, requiring a development of momentary consolations. The salve of just for now may be in response to difficult days, or weeks, deadlines, of crises of varied duration. The “time being” of a just for now might be a long time.

The relationship of time and memory amounts to yet another dimension in the human odyssey. As with any reactive remedy, just for now exists in real time. Retrospective observations are not about now, but about then. “Somehow, I pulled through,” or “I nearly didn’t survive,” are both statements that look back. Intrinsically, administering an instant cure is pointed toward the future- yet it is the present that is stabilized. A fleeting pause may be an eye in a storm, buying a tiny bit of time to find some bearing, take stock of the present, and look ahead. 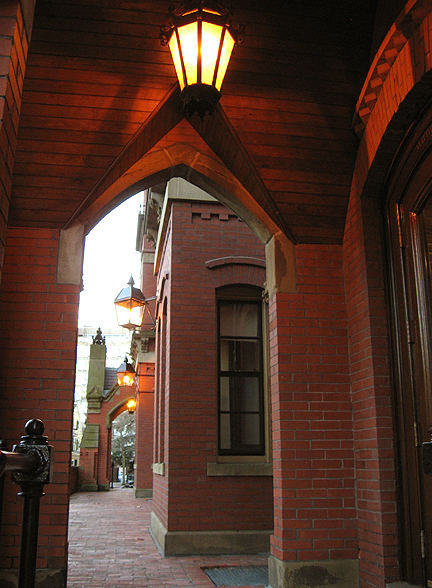 Memory makes demands that are not unlike looking forward: as progress is intently expected, so memory expects time to stand still. In a sensation very similar to how we anticipate, we are often incredulous with the ways things change from past to present. As an archivist, I notice this daily among my clientele. Passing by places with which I have lengthy and vivid personal histories, it’s easy to be astonished at how they have changed over the years- irrationality notwithstanding. Memory iconographically freezes objects and people in place, registering images as a camera might on film. For example, my mind’s eye recognizes a school, a house, or a past workplace, but none of the people now are familiar to me, and I am merely an observer with a memory. Missing a person, a place, or a situation amounts to much more than people and physical surroundings, but what they represent for us. Remembrance revisits deeply registered pictures and footage, intensifying contrasts between past and present. It is often a reluctant realization that prized and enshrined memories were also fleeting instances of just for now. Still, we continue to preserve, to expect, and to be startled. Bereavement, another example, is a just for now of undefined duration, and the losses are of those who should have been permanent and unchanging. Of course that’s unreasonable, however real the pains and wishes can be. Just for now cannot be more than temporal- and paradoxically the just for now is integral to healing and continuity. 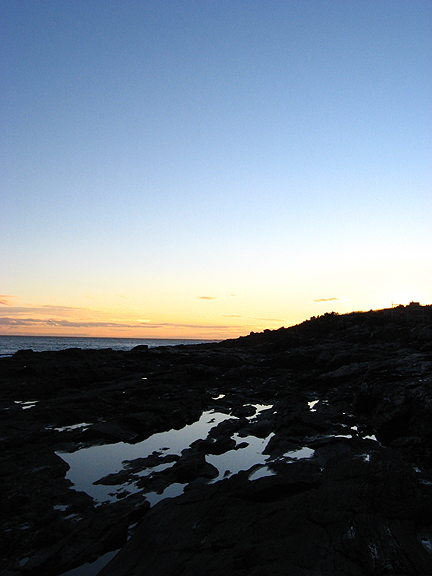 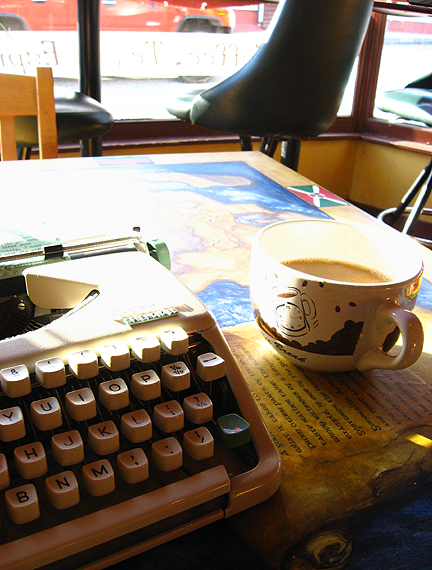