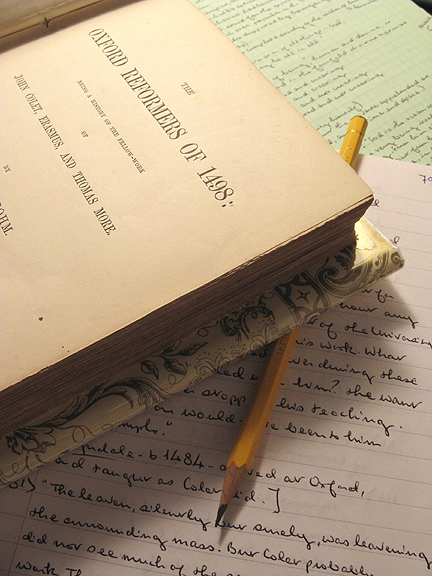 “Philosophy, inevitably, is the human quest for beatitude,
and includes not only a person’s faith and its expansion into the fullness of understanding,
but a person’s will and understanding as well.”


I’ll bet most of you hear in your workplaces about how close an upcoming Friday is. “It’s almost Friday,” is something I’ve always heard in my midst wherever I’ve worked and gone to school. And I surely feel that headlong lunge toward weekends and days off. “The shore is in sight,” as I hear myself say to the neighborhood postmaster. A colleague of mine likes to say, “we’re almost at forty-eight hours to regroup,” referring to the weekend. As positive as it is to have strong appetites for unstructured and untethered time, there is muted anguish embedded in that stretch for an oasis. Still, it remains vital to keep looking forward to things that are favorable, and no less in these times. 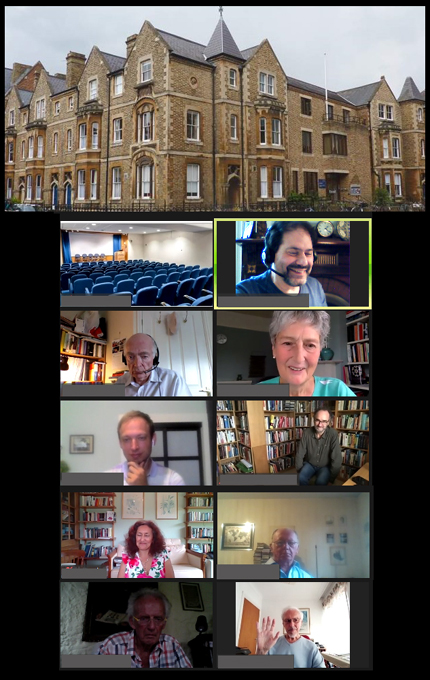 Just as with last year, participating in the recent Oxford Philosophical Society’s seminars was via teleconferencing. But also like last year, I looked forward to our discussions and greatly enjoyed the experience. Indeed, all of us hope next year’s events will happen in person. The pandemic has yet to subside. Fortunately, the desire to teach and learn motivates our technological creativity. The time difference between Maine and the U.K. meant beginning the days at 3am local time, but it was undoubtedly worthwhile. I’ve derived more to share with students, as well as to fuel my own studies in the coming months. Coincidentally, I’ve begun my 7th year of teaching topics in philosophy. For the second year, all of this has to happen online. As with the group at Oxford, the enjoyment of in-person presence is missed, but the benefit of meeting online has removed the limitations of physical location. It’s a strange trade-off, but an undertone of the covid era is to make the best possible out of bad situations. 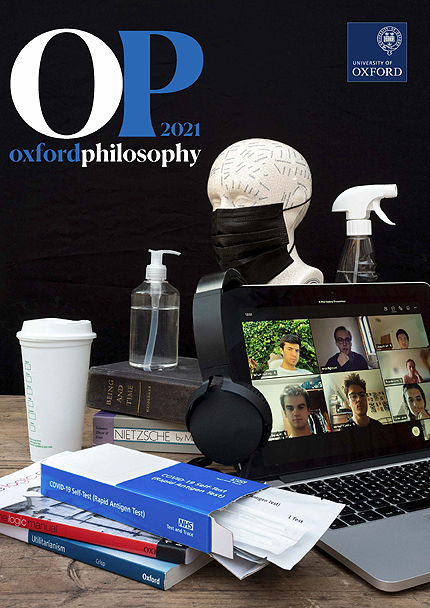 Surviving intact during a pandemic requires more than those weekly forty-eight hours to regroup, or even the buildup to those two days. In my experience, the regrouping needs to happen daily and obviously in much smaller portions. And those small portions tend to be humbly bland; nowhere as savoury as in pre-covid times. At best, most of us are living compromised lives; often, the regrouping of wits and priorities has to be constant. During the summer, I’ve resumed my monthly travels to the Boston Athenaeum- though complying with all the required health protocols. There’s no telling when things will return to pre-March 2020 life. Thanks to my self-directed studies and my teaching responsibilities, there is encouragement to continually renew, learn, and redeem the time. My working conditions and ambitions continue to ignite my search for a better situation, despite closed doors, rejections, and recession. At least I’m working, producing, surviving, and helping others as much as possible. My studies in philosophy often become sources of wise advice and thought-provoking perspectives. 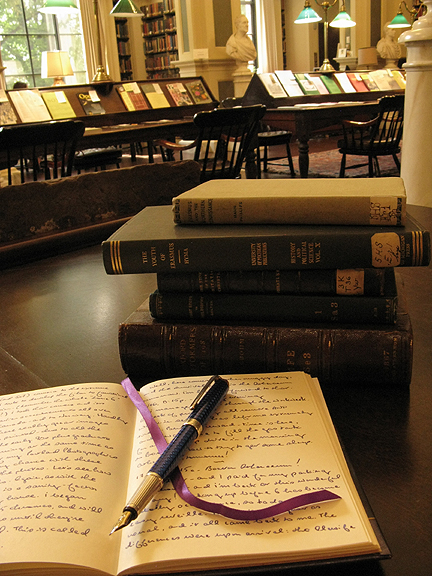 My discussions and inquiries about the Renaissance-era Oxford reformist philosophers led to a rare 155-year-old book being mailed to me from England. It was more like the gatherings of pages of the book than anything else, as I had to completely rebind the volume’s contents to be able to study the work. The binding was broken, but the textblock was complete and in good condition. The book is The Oxford Reformers of 1498, by Frederic Seebohm. Eager to study a thick tome about Erasmus, Colet, and Thomas More- written by a Quaker social historian, I gathered my best bookbinding ingredients to do justice to the fragments and rebuild them to last. Using conservation-grade cloth, adhesives, endpaper material, and chipboard, I restored the book into something strong enough to inhabit. Restorative projects during tentative times are gestures of hope.


My restorative rebinding of Seebohm's Oxford Reformers of 1498. 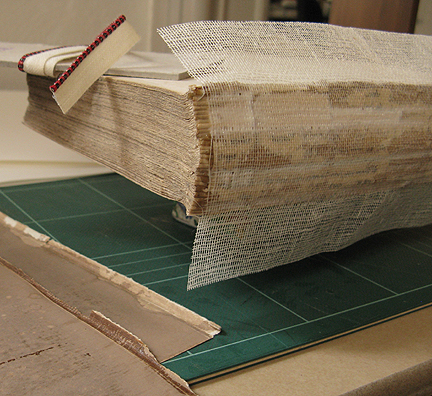 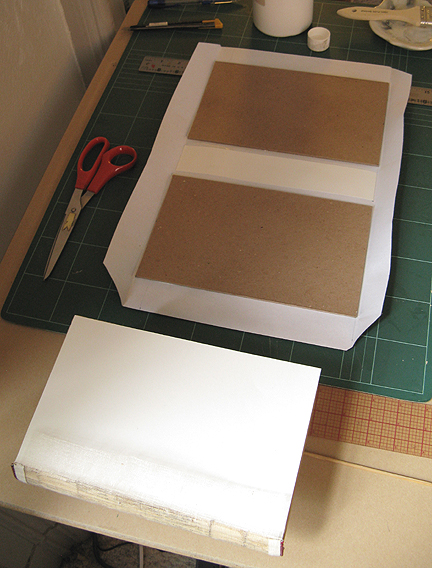 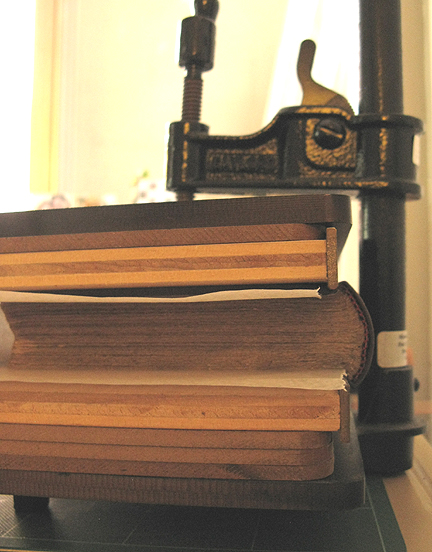 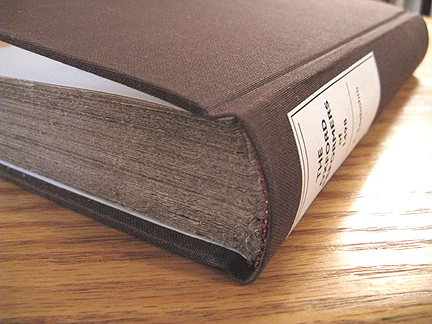 Indeed, the book is a treasure filled with treasure. A great read from which I took many notes. The three featured philosophers were kindred spirits and friends who worked together during a time period of wars and plagues. Despite their adversities, they created educational systems and vernacular texts whose influences reached across subsequent centuries and continents. When I find philosophical works that really speak to me, I also seek out biographies about the authors themselves. Seebohm’s volume gave me numerous fine details about the Oxford reformers’ lives. I had never read so much about Colet before. His career in teaching and writing was inspired by having learned from Ficino and Pico della Mirandola, in Florence. After the travels, while still an Oxford student, he began teaching free and public courses which became very popular. He clearly loved doing this, as the preserved letter correspondence attests. The classes, unofficial as they were, continued for more than eight years- until Colet had been appointed Dean of Saint Paul’s Cathedral, London. There is surely something for me to enjoy in Seebohm’s poignant observation:

“The leaven, silently but surely, was leavening the surrounding mass. But Colet probably did not see much of the secret results of his work. That it was his duty to do it was reason enough for his doing it. That it bore at least some visible fruit was sufficient encouragement to work on with good heart. So the years went by; and as often as each term came round, Colet was ready with his gratuitous course of lectures...” 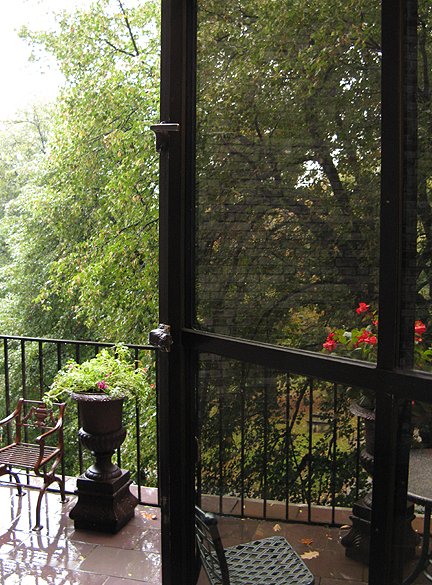 Was the early 16th century any more or less hostile and restrictive than the early 21st century? Was inspiring education and benevolence any more or less scarce than compared to now? In any time, diligence and perseverance are needed in order to excel. It also appears as though an individual’s passion for their work and a willingness to give of their resources were as detectable then as now in the isolating present. Hope and consolation have never lost their value. 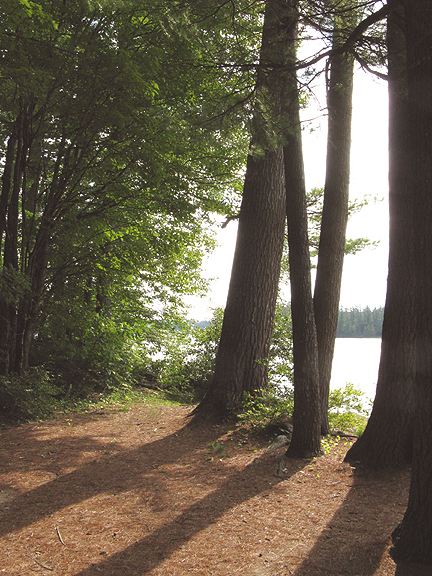