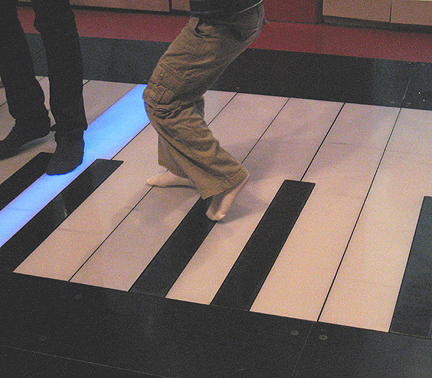 “If you don’t like how you’re feeling,
change what you’re doing.”

Over the years, I’ve absorbed friendly jabs for making round-trip journeys using two different routes. As an example, the outbound trip using highways is complemented by an inbound return trip using country roads. I do these worthwhile things without much thought. Another recurrent set of curiosities has to do with all those solitary retreats and pilgrimages I’ve made through the years. I use hard-earned vacation time for these travels, which continue to be very worthwhile to me. 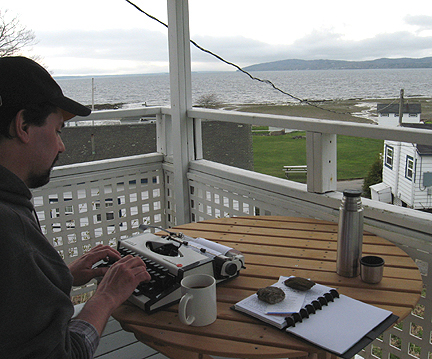 But it is good to change the pace. This culture incorporates more than enough unquestioned repetition, especially the endurance-contest life of multiple and full-time work situations. The better employment settings allow for some healthful variety. When it does not, the sanity factor depends upon what can be done during time-slivers between shifts. Early mornings, earned-time breaks, and late-nights offer some opportunities for diversions. These have taken shape among the simple forms of writing, reading, observing by camera, and thoughtful reflection. Routines repeated over a protracted period of time cause things in general to lose their tastes and stagnate. Stagnation is the enemy of creativity. The long-haul challenge is to blend changes of perspective into the desert stretches that dangerously devour precious time. It can’t all be about punching the clock with time cards. And though it may seem counterproductive, when it comes to fitting activities in between blocks of obligations, my preference is to slow the pace that I’ve interrupted. Reflective quiet is a replenishing change of pace. Silence and savour actually help me re-enter the frenetic fray. Though the passage of time cannot be slowed, our tempi can be changed. 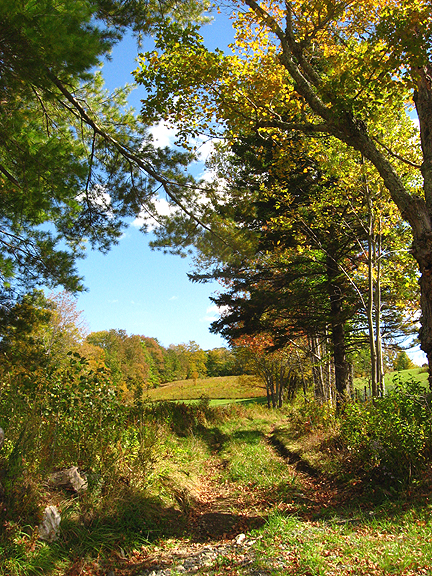 While I was working my way through art college, one of my jobs was a graveyard shift from 8pm to 8am in a newspaper printing pressroom. The best part about that job, aside from all the free blank newsprint paper I’d use in my drawing classes, were my benchmates. I worked with a father and son, both named Tony. Tony senior, a military veteran and single parent, was a walking trove of wise aphorisms. With Tony junior, the three of us had a lot of laughs, even amidst the roughcut brutishness of the factory-like workplace. We kept each other sane. I’ve committed some of Tony senior’s wisdom to memory, such as his advice to walk to and from work different ways. He would tell me to change sides of the street, just to shake up the daily routine. The spice of life is found in variety. My grandmother used to tell me to vary my diet, lest- as she said- my “intestines would get bored.” Those little reminding shreds are road signs that I continue to see in my mind’s eye. A memorable colleague used to tell me that, “hardship is inevitable, but misery is optional.” This is to say there are some margins for choice, even under limitations. 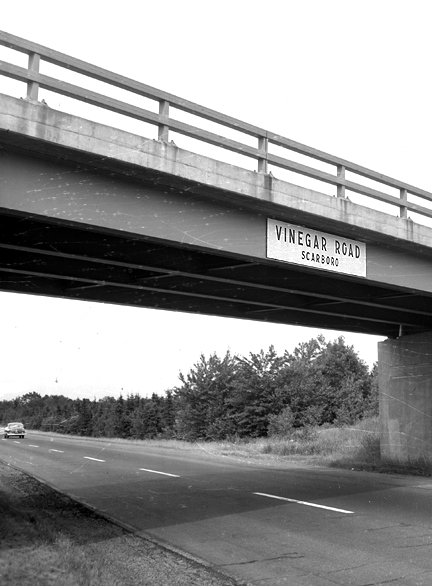 Baseball uses the term “change-of-pace,” to describe a kind of throw designed to confuse an opposing batter’s expectation. As a pitcher, you would throw a change-up, making a slower pitch seem like it’s advancing faster and straighter to the batter. But, by surprise, the ball’s velocity slows and its path curves, thus amounting to a changed pace. Diversion has the element of surprise; even the force behind the decision to divert will experience the unexpected. A collegial friend, with whom I keep in touch, likes to refer to his innovations as “troublemaking.” Essentially, he’s a creative thinker among bureaucrats, and he says that stirring the waters keeps him motivated. “I get up in the morning,” he once told me, “and think of what kind of trouble I can cause. Otherwise, it’s not worth it.” This fellow is something of a bureaucrat himself, and when he says “trouble,” he really means something more like changing the paces and perspectives of entrenched ideas. 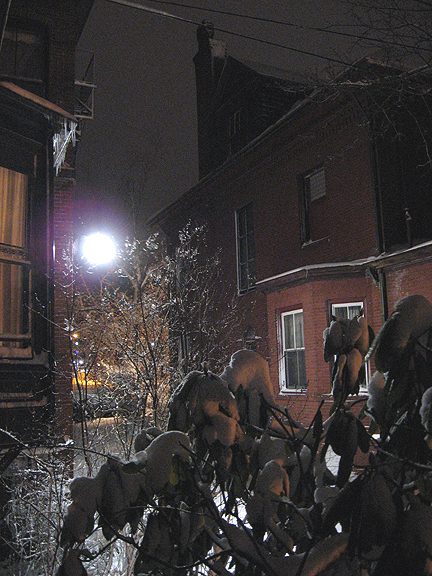 We know how the elements in our midst can cause us to change our pace. An obvious example is the weather. Simple errands on frigid winter days require armor made of improvised clothing layers and heavy footwear. Vehicles must be exhumed, chiseled, and warmed for use. As spring sets in, the novelty returns which allows us to skip outdoors in shirtsleeves, start the car, and just go. More subtly, our social environments and influences weave into our paces. How about the other way around? Can our interior evolvement effect exterior change? Can an individual’s response to an unsatisfactory status quo hasten tangible, positive change? 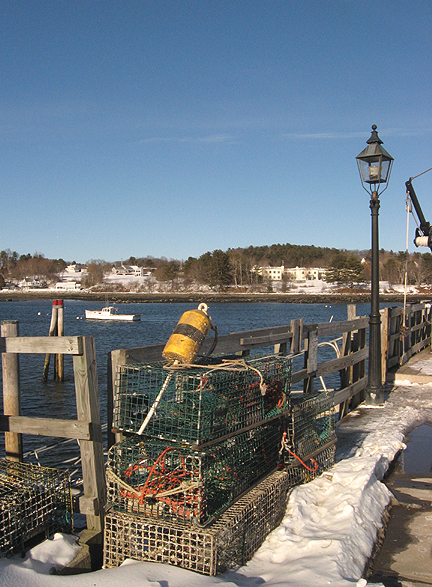 Contemplative and active dimensions intertwine, in the expansion and acceleration of our paces. The liminal season between winter and spring provides some reminders. Appropriately, A.W. Tozer offered a description of the human challenge in keeping spiritually alive and what he called “personal renaissance.” In Winter Experiences, he wrote of the flagging soul as “going under for a winter.”


“In other words, something happens to you, little by little, until you get snowed under and frozen over. There is life down there, covered up by the frost and ice. It may be hidden; it is there somewhere.”


How can interior affect exterior, bringing the forces up through our frozen ground? Still further, what happens when new growth joins with old routines, after changes of pace? After all, neither dimension exists in isolation from the other. Far beneath the metaphorical frost-line is Ruysbroeck’s Vale of the Soul. The 14th-century contemplative exhorted his readers not to think too highly of themselves, but rather to see themselves as reflecting vessels. Ruysbroeck’s vale, stark and austere, is lit by the sun at its apex, as well as light cast from surrounding mountains. Implicit here is the necessity of the snowcapped heights as means by which we navigate the recesses. In this recognition, a person recognizes their own humility, “marking their own lowliness,” and “making of themselves a valley of humility.” Proceeding forward,


Knowing to change the pace is a more complex discipline than mere vigilance. This is more about cultivating ways to intuit the need to vary one’s vantage point. Shutting out external noise is one matter, but it’s quite another, and more transcendent still, to keep from generating one’s own interior noise. Being right where you are, is already a way to change things up. Regarding the as yet unknown, the view might be more interesting from a country road, or the other side of the street. 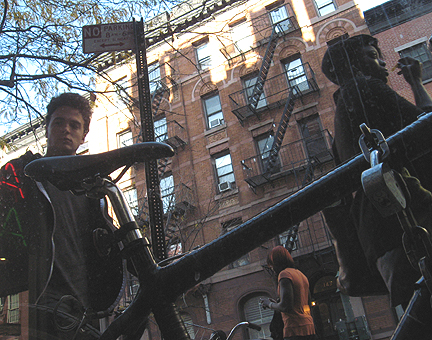 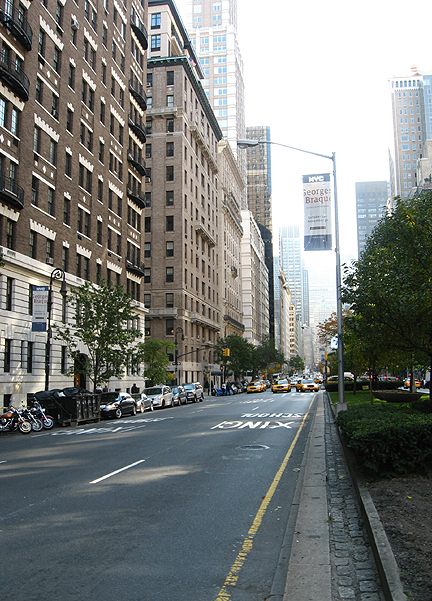 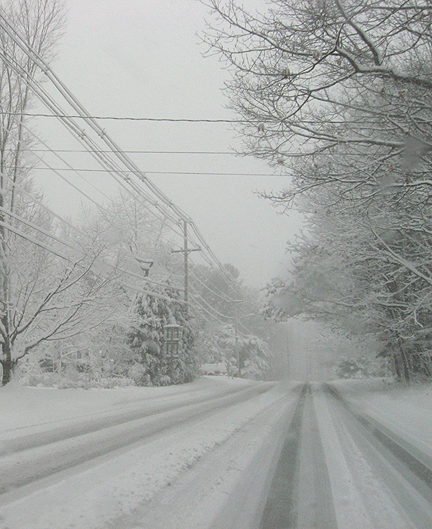 Posted by speculator at 5:49 PM No comments: