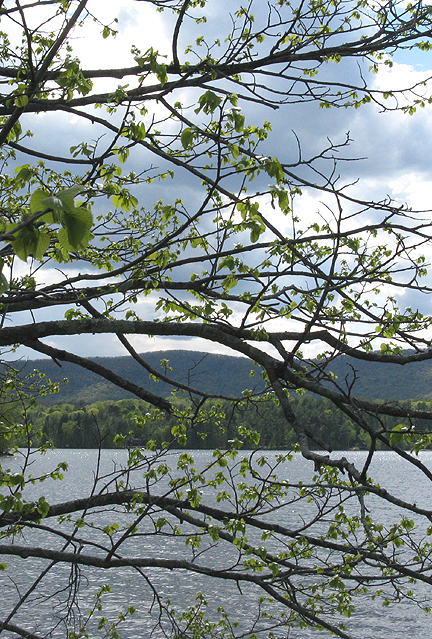 “The pageant of the river bank had marched steadily along,
unfolding itself in scene-pictures
that succeeded itself in stately procession.”

~ Kenneth Grahame, The Wind in the Willows.

Now returned from a retreat and back to the grind, as always I hope for the fresh inspiration to remain with me. My eight days in the Berkshires are now memories. Returning to work is necessary for the provision of sustenance. In a parallel sense, pausing the quotidian pace is essential for the spiritual health needed to endure. For those without the good fortune- or the monetary fortunes- for subsidized sabbaticals, there is the concept of a self-guided retreat. Through my most destitute, least compensated years, I’ve made sure to give myself occasional, modest, healthful changes of environment. After 22 years of making retreats, I’ve never once regretted any of my own imposed intermissions. No matter the season or situation, it’s been vital to pause repetitious routines, when possible; in recent years, that’s been about every six months. In an indirect way, personal retreats actually contribute to my employment productivity and my general perspective. 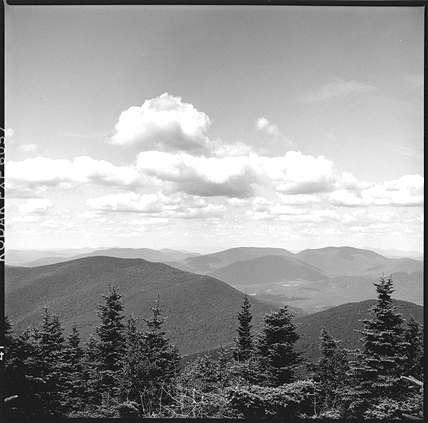 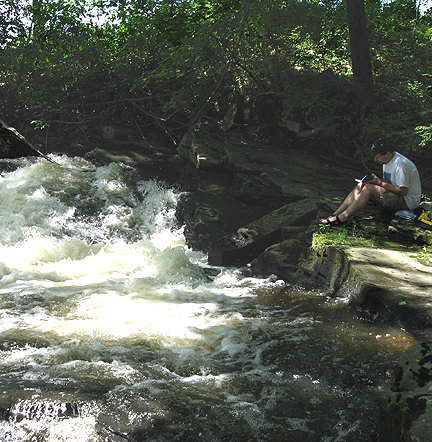 Without meaningful, edifying breaks, the years would roll all the more as seamless backdrops. Recalling my time in school (comprising some 40% of my life’s years), spans of days accumulated by units of academic terms and semesters. Afterwards, it startled me to notice how clumps of months quickly became revolving years. I’ve been interspersing as many of these as I can with pilgrimages and various scholarly, artistic sojourns. The many and colorful travels do stay with me; these are treasured chapters for which no bulleted résumé could encapsulate. Perhaps, someday, these salutary and thoughtful experiences will be well-regarded in a workplace; but that is not the purpose for spiritual growth and insight. Creativity and contemplation are worth too much to be subjected to the conditional and the fleeting. Being a lifelong artist, I’m long accustomed to maintaining an undergirding shadow-career that tunnels beneath the work that pays my bills (and permits me to make creative diversions). And that will have to do, as long as there is time and space to write. 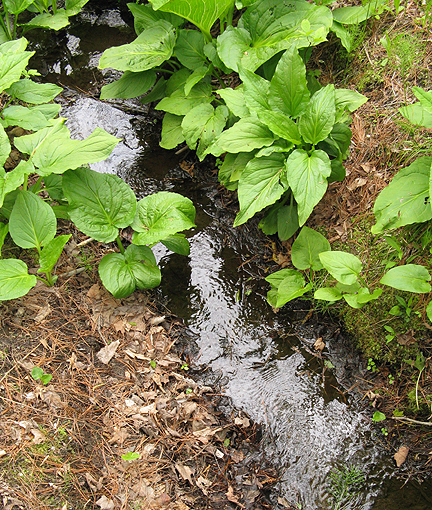 Indeed, time and space to write can take various forms and quantities. The most vital ingredient in a creative pursuit is perseverance. If it is writing, the most important thing is to keep writing. Words must be assembled and recorded. Opportunities must be made, at every possible turn, to cultivate ideas. Ordinarily, my chances occur during early mornings, lunch breaks, and late at night. Weekends provide some oases, as well. Place can itself be a source of inspiration. Even the humblest in my neighborhood can go to the ocean’s edge. It is the way we can see a horizon, in a region of crags, hills, towns, and ridges. The Maine coast is not a place of wide, flat plains and straight roads. My home terrain has influenced my tastes for asymmetrical and meandering scenery. Vermont’s Green Mountains, and the landscape of my recent navigation in the Berkshires and along the Housatonic, are at once grand and intimate. In close proximity, the waterways manifest as river paths, streams, channels, passing under bridges, and inspiring lines on my pages. 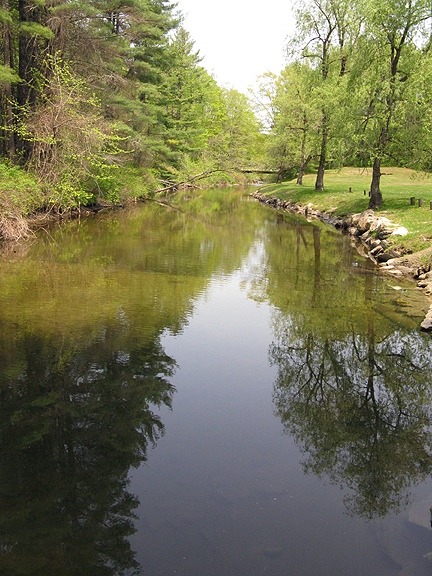 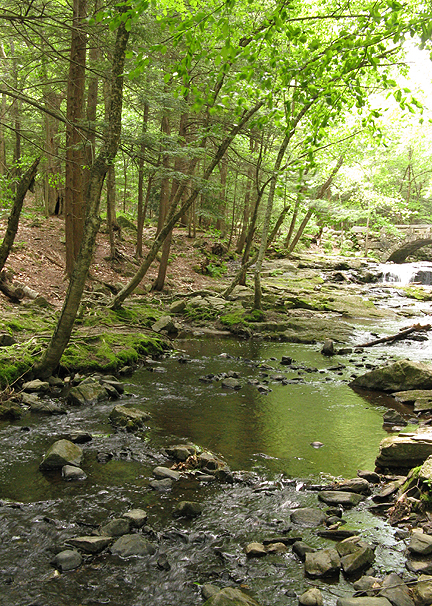 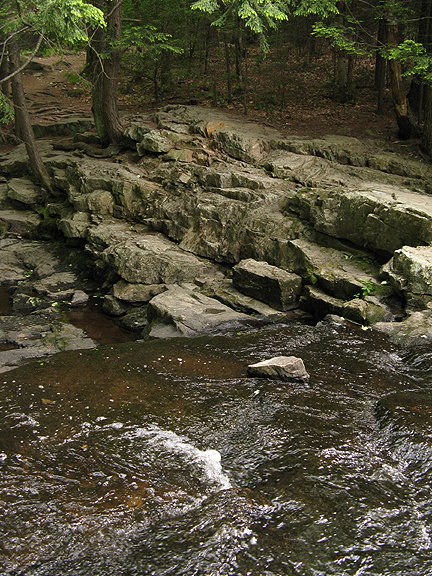 The retreats would not avail much, without lived followthrough amidst the drudgery. Grim as it may sound, the fruits of the Spirit are meant to bloom and sustain in ungratifying places. Not that I go looking for inhospitable conditions. A disciplined soul is tested in situations of abasement and abounding alike. A lunch break’s writing, similar to a distant pilgrimage, can be an occasion for renewed strength. It is all in the stream of keeping vigil, all tributaries in the cause of continuity. In the historic definition, a pilgrimage is a great deal more than intentional travel to a sacred place and the time spent there. It is also the journey back. Surely, fresh after a mountaintop experience, the return trip does feel very different from the outbound. Refreshed perspective causes ordinary places and situations to look extraordinary. Even the first few days back at work have something of a novelty. The proving-grounds come later; they always do. I choose not to think about this during a retreat. Sufficient unto the day is the evil thereof. 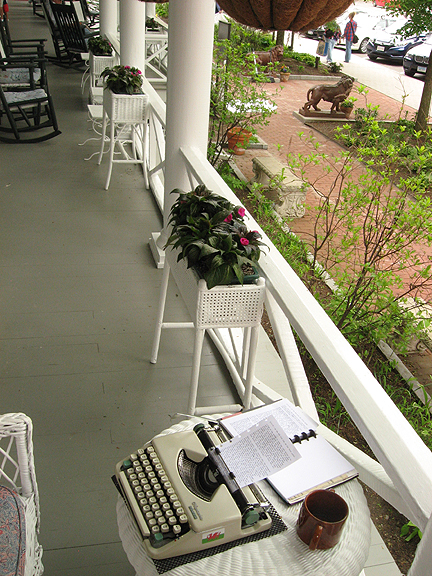 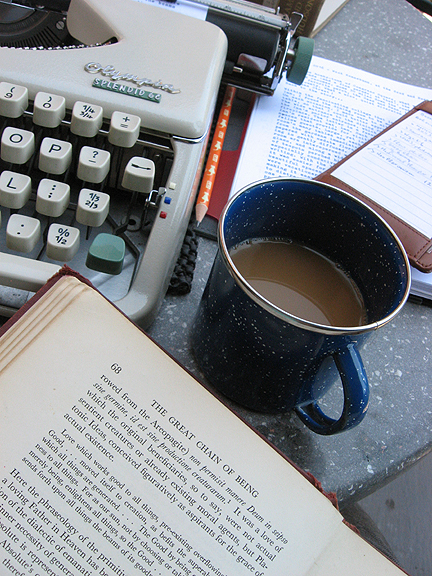 Since returning from the Berkshires, where I saw spring forests foresee summer, I’ve made sure to be outdoors as much as possible. Hiking in the proximate Maine woods, I make note of parts which are similar to the places of my Western Massachusetts immersion. Granted, the nearby Kennebec is vaster and more vigorous than the Housatonic, the smaller river is no less ancient and inviting. Within that latter aspect is the procession of Berkshire towns that follow the waterway. The natural and built places alike comprise the river’s character. Added to the equation is the context of my journey. I was there to be on retreat, to be among a monastic community of prayer, and to savour the surroundings. We can see our purposes in our intended destinations, and can derive strength as intention meets discovery. In its trail, in a river-like sense, there follows and flows the serendipitous. This would include people met in transit, with their words; suppers, roads, aromas, and artifacts. Like the allegorical Mr. Mole in The Wind in the Willows, “absorbed in the new scents, the sounds, and the sunlight.” The sojourn really has changed my perspective, and it’s a good thing I continued writing, recording thoughts, along the way. 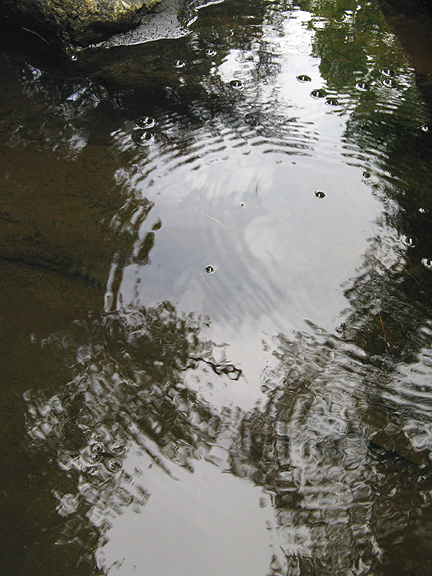 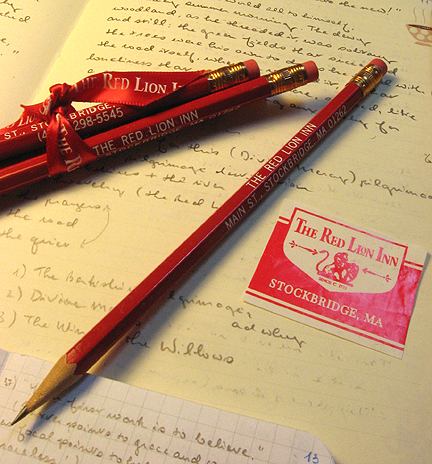 notes in the Berkshires. 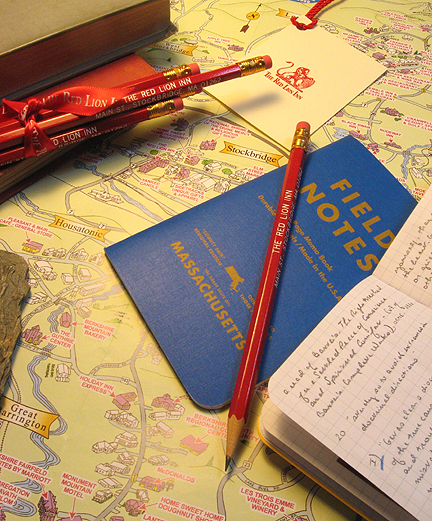 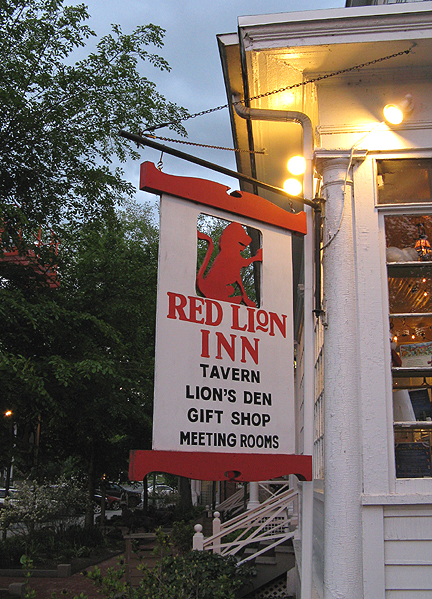 While staying at the fascinating Red Lion Inn, I noticed a wall-hanging (below) near the entrance to a parlor. It is filled with pencils, and is reminiscent of an old-fashioned workshop apron. 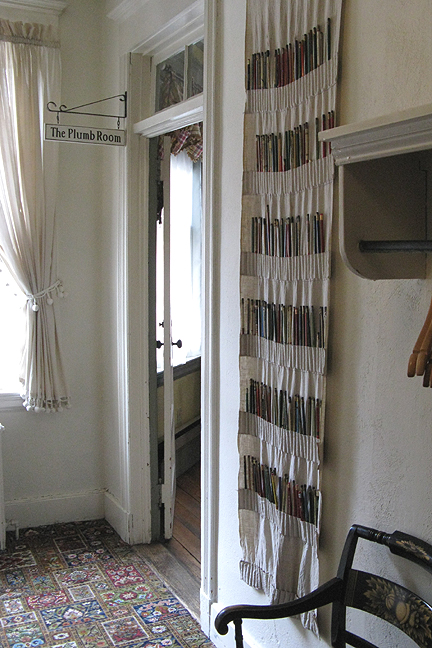 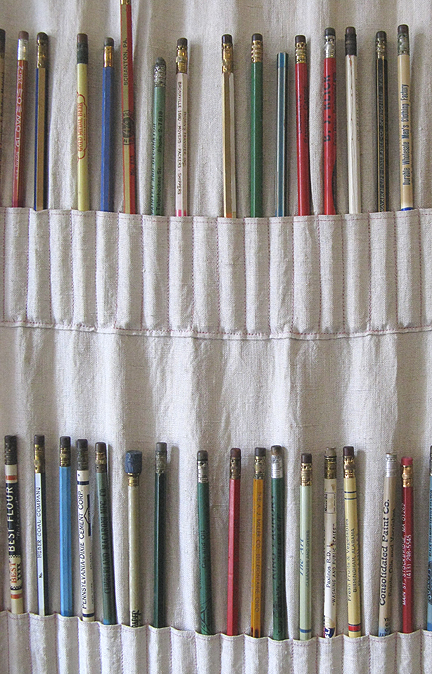 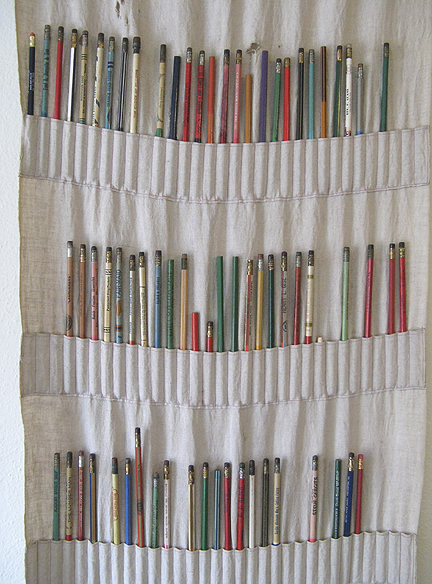