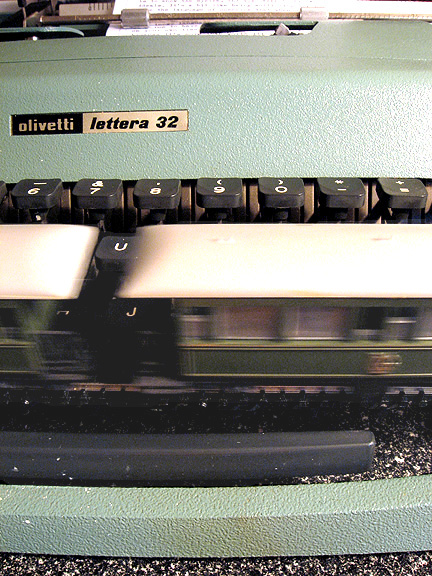 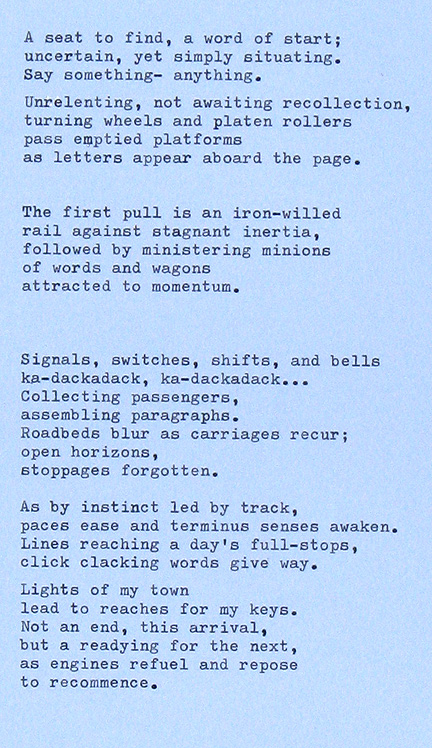 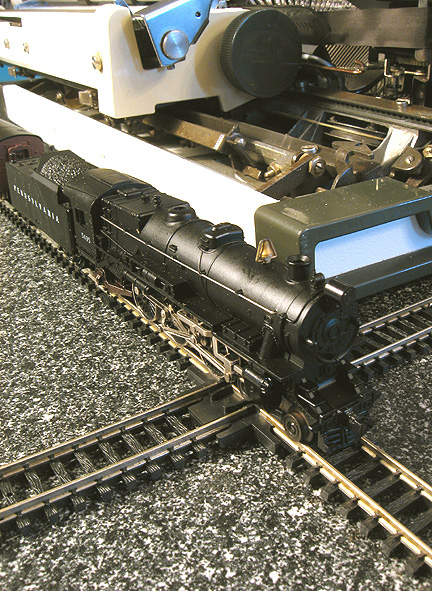 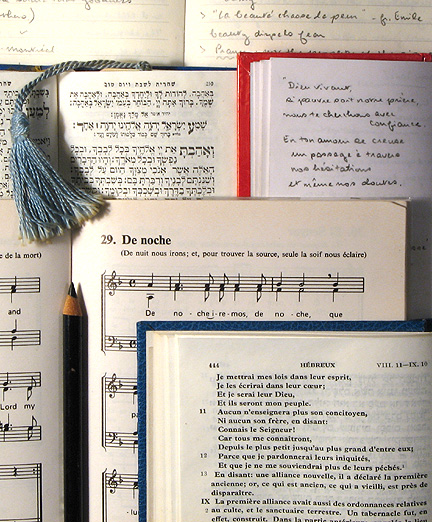 “Always remember this luminous gospel reality: ‘it was God who loved us first.’
That is a light for your life.”

“What is the source of this hope? It is in God, a God who simply loves and no less, a God who never stops seeking us. Our hope is renewed when we entrust ourselves humbly to God.”

~ Brother Roger of Taizé, The Sources of Taizé


Continuity encourages me to look ahead, yet with a sense of the past. An invitation to venture to the Source is simply too good to resist. A long-anticipated travel was a night away. One of those simple journeys with an overtly spiritual purpose. Regularly traveling like this for some fifteen years now, I routinely stop to write just before leaving. Journal jotting is as necessary as packing provisions. When they occur, launch moments are times to cherish- and that includes a pause upon the return trip. Both ends are points of embarkation, and enough experience has shown me how clumsy it can be to write in transit. Moreso than to write, a time to absorb. Collecting written thoughts before heading out I can preserve impressions to read later that describe how I was before the experience. Preparing for a pilgrimage provides an example for the preparation for life’s journeys of any duration. Part of the readying is the anticipation.

Even after arriving, there is preparation and anticipation. More arrivals will follow, and they will be welcomed by us. By preparing for the event by decorating shared spaces, music practice, setting out and serving food, the welcomed become providers of welcome. Amounting to an instant spectrum of reciprocity, it is yet another privilege to be included. The present becomes a shared home for a vast diversity of pilgrims, seekers, and the boldly curious. We are all bound together in a festive current. 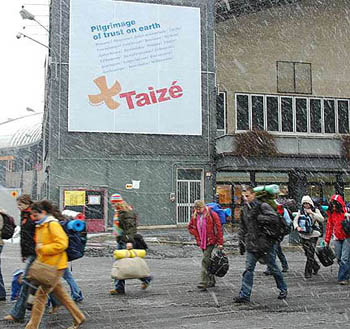 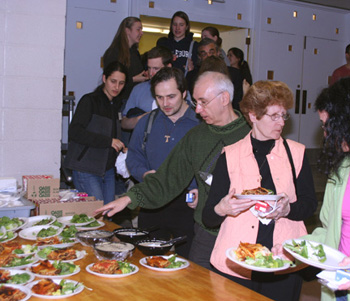 Turning a corner, traversing a borderland, and recognizing a new passage is to discover a season. Distances covered become paths reached. The pilgrim road directs human steps toward the source of the Spirit within. Though material conditions appear unchanging, it is for me to actively detect transition by observing my perspectives. A season, such as the Lenten weeks, can be one of expectation that is itself anticipated. At the culmination of the Lenten season is the intensity of Passover: a looking forward to an extraordinary span of time, including a change in daily life, house-cleaning, and even in what foods to eat or be stored in the cupboard. As though preparing for a voyage, there is a similarly expectant air. Ordinary days can present numinous journeys, windows to our sources. A stretch of eight days, within forty, inside a year is an example.

These short seasons remind me of my acquired taste for the savor of gradual successions of days- or process- more than the single-day emphases. No day is an island. More than to hinge times of renewal upon a season, invitations and beginnings are inherent with daily experiences. Our continued interactions and prayers can lead to a mindfulness of God's presence, to our extension of that presence, and hence a closeness to the source of what is life-giving. As I’ve come to understand, the monastic expression going to the source is really a reference to prayer- and thus continuing to commit one’s life to openness to God. But the action of advancing in steps toward holiness becomes something of a resource itself. A setting forth that remembers the source from which I’ve known goodness in the past and through which I comprehend. 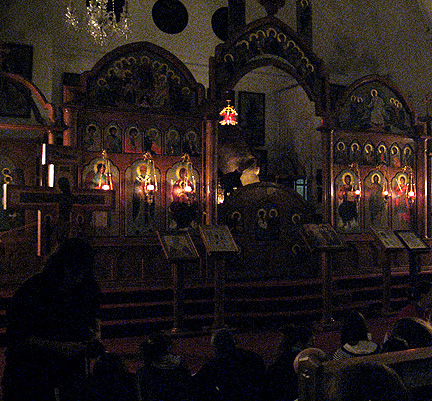 A thirst for advancement becomes intrinsic to an aspiring soul. The clearest expression of this for me- which even encompasses actively helping others- is life as pilgrimage. This is motion especially dedicated to fulfillment, encounter, and expression. Inward harmony to manifest as outward harmony. It implies ever drawing- and remembering to continue- from the wellsprings of trust. Just two weeks ago, I had the privilege of participating in an unusual Taizé gathering- also known as a Pilgrimage of Trust- as a musician. This was my tenth year of traveling to do just this! As a result, with each year, city, and country there are more and more friends to recognize- and vice-versa. The venue this time was a large Eastern Orthodox church in Montréal. For the music ensemble, this was something very new and thus every impression was a first. We were given very little time to tune in advance and get settled. Walking into the expanse of space my first impression was one of quiet wonder, absorbing the bright iconography and the dry aroma of incense. Life-sized frescos and the increasing numbers of gathering humanity amounted to a sum of glowing colors in the grey dusk of the sanctuary. 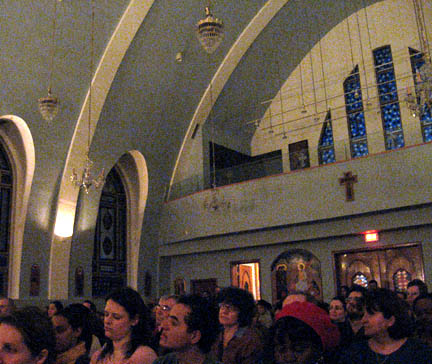 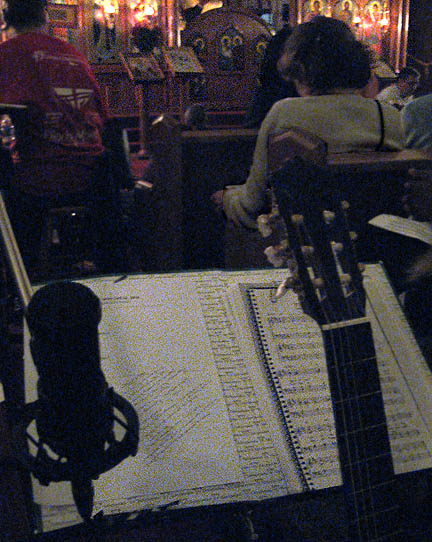 Pencilling notes on my music sheets, between songs.

Acclimating to the space, I began to notice more nuances. Beneath this, my thoughts were occupied with the idea of the sources of trust. The front of the sanctuary had the appearance of a lit settlement with something of a skyline. Numerous shimmering icons populated the area around all of us, and the space around the altar brought to mind gates of prayer. The Brother of Taizé who was with us gave a talk about rejoicing in the thirst God has placed in us. This concept, from the ancient Psalms, was reflected in the chant and music we continued with. De Noche Iremos: “by night we seek the living waters; only our thirst lights us onward.” Following the days together, we all dispersed to resume our lives- in so many different places. Yet it was an advancing forward in great company, each continuing their pilgrimages in new strength. With sore left fingers, I clutched the handles of my guitar case down through the chilled subway. But it could hardly have been more wonderful.

Returning home and to my job, and then looking at the work itself, I thought further about sources. We refer to primary and secondary sources: original manuscripts and published editions. Primary and secondary; destinations and way-stations. The adventures of prayer, gathering together, and divine words become the presence we carry with us. The Source of all life does not draw from yet another source, but creates resources. On the road back, I asked my traveling companions about how their gleanings become sources. We traded stories about artifacts we’ve admired. I remembered seeing Longfellow’s manuscripts- complete with the very pencils he used for writing his epic Evangeline. My flute-playing friend talked about how he owns his grandparents’ engraved tea set which they received at their wedding, and imagined what the festivities might have been like. What do sources look like? What sounds do they create? Indeed, there are the created who can create, as well as created matter that cannot. Experiences of God form our approaches to the Source. Directed to the Source, the voyage is a life’s pilgrimage reaching beyond limitations, driven by thirst. 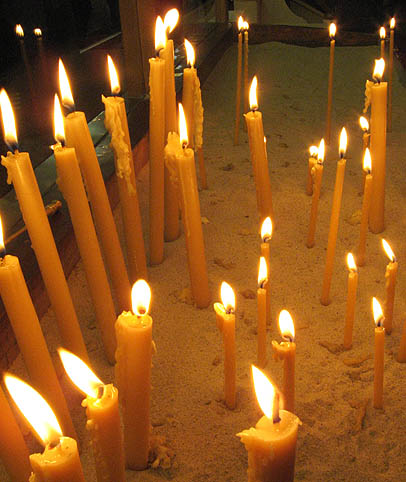 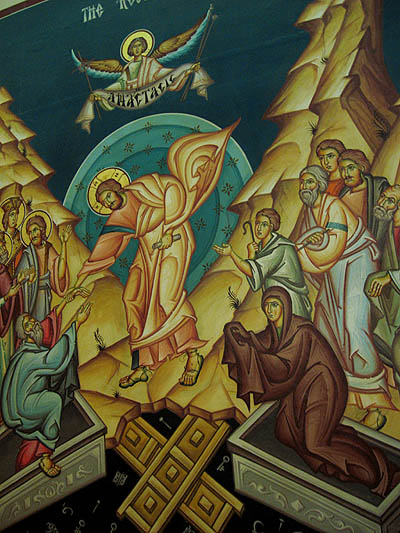 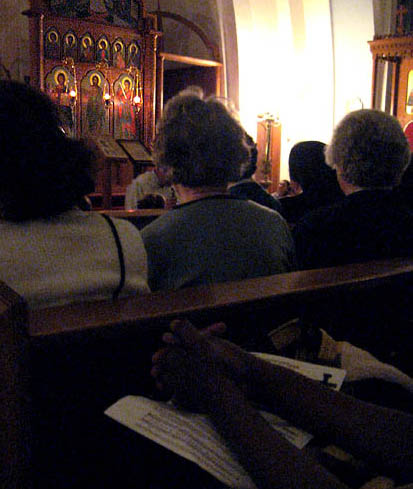