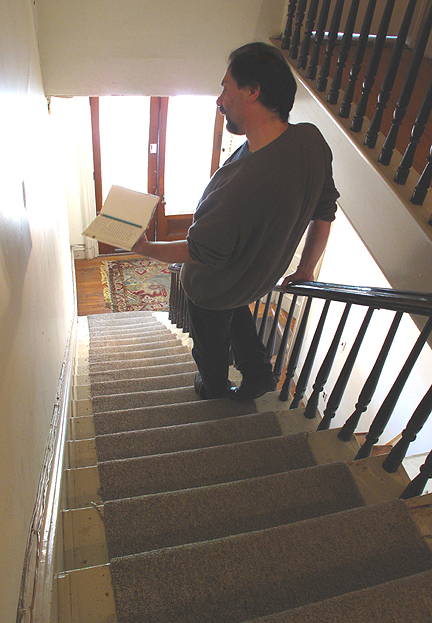 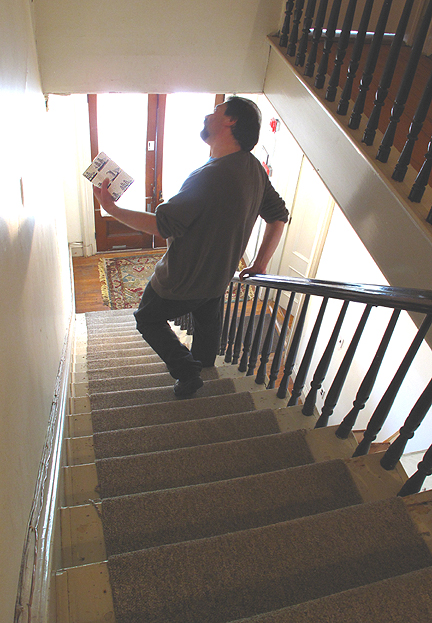 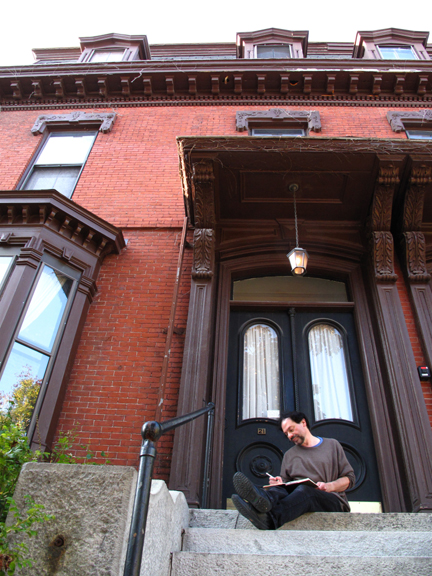 “You have here no place of long abiding,
for wherever you have come you are but a
stranger and a pilgrim, and never will find perfect rest
until you are fully joined to God.
Why do you look to have rest here, since this is not
your resting place? Your full rest must be in heavenly things,
and you must behold all earthly things as transitory and shortly passing away.
And beware well not to cling to them overmuch...”


Reminiscent of the sports situation in which a team is down by several goals late in the 3rd period, my furious and relentless five-month search for housing ran out of time. Watching my version of timed “regulation” fizzle, I was forced to choose between an emergency move or eviction. Losing my home of 37 years due to the gentrification of the apartment building is but one unfortunate story among many in a small city that has sold its own soul. A recent housing survey has tabulated that the Greater Portland area is short more than 9,000 housing units. True to the local fashion, years and years of talk do not lead to effective action. The pandemic era causes many of us to try making the better of a bad situation. Witnessing the misery and struggles of countless neighbors and colleagues, I have an idea that I’ve managed to defy some of the odds, albeit on a very modest income. Listening to dozens upon dozens of hardship stories- from sudden compounded rents, to evictions, to evacuations from condemned buildings- has generated a saturation factor causing an emotional wrenching now each time I encounter anything reminding me of housing instability. All the while, I’ve been flailing at creative networking, cold calling, traipsing through more than 30 apartments, and chafing at the unwinnable contest of answering online advertisements. Conceding defeat is essentially managing the losing. It’s also making efforts to insist upon recognizing any good I can find.

Many- too many- people are forced to endure the horrors of having their homes kicked out from under them. So many injured souls. The crisis extends far beyond this region and across the continent. Amidst this overspreading precariousness there is hunger for solidity and consolation. My vigilant searches and inquiries have painfully shown me how there is a severe deficit of compassion and mercy. Who will dare to not exploit? All the courage and fortitude I can conjure up cannot compensate enough. At the same time, what is past needs to be released to create space for the future. The loss of my home is also my farewell to the dwelling which accompanied my adult life up to now. These recent five months of purging, packing, and feverish searching have also comprised a protracted grieving. I’m eager for this to end, even though it means squeezing into a smaller and costlier space. The new chapter is forced by crisis, and the decision is surely a compromise. 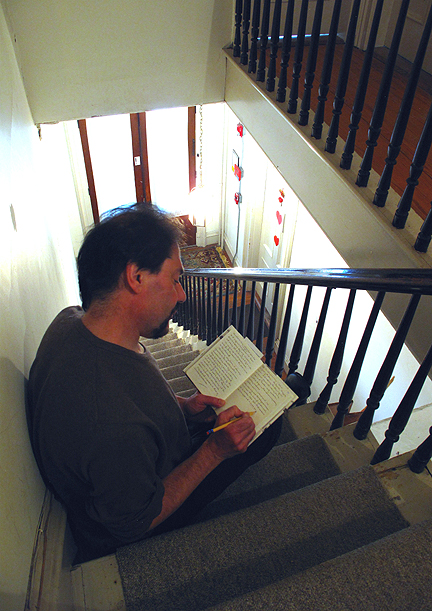 The general, abiding impression is that of necessary sadness, hoping this is provisional and that I’ll transcend this. Indeed, I want to write about other things. Along with all my neighbors in the building, we did not want to leave. These conditions are equally sad and moving is necessary. The added overlay of a general housing crisis enhances the anguish. It is necessary to move; there are no alternatives. It is necessary to stay the course and insist upon hoping for better days and situations. It is especially necessary to continue cultivating ambition, even in the face of yet another recession. It is, alas, also necessary to compromise living conditions- albeit as civilly as possible. I have learned plenty about how little I can afford. Surviving this crucible is necessary, and the road traverses intense sadness. It is sad to be forced out of my home of many years, before I’ve been able to improve my fortunes. Loss of housing and neighborhood make for a sad equation. At the same time, I have witnessed the decline of my neighborhood’s resources, infrastructure, and quality of life. I also watched the building deteriorate into something unsafe. Sometimes you leave your neighborhood, and sometimes your neighborhood leaves you. In my case, I suppose it’s both. A major aspect of this sadness is connected to the people who have either left or passed away during my years in the building and vicinity. Loyalty is an effortless trait for me, and in these recent months I’ve seen a painful downside as it concerns loyalty to place. Uncertainty about the future is also a sadness, and I know many who share this sentiment. Being a supportive friend helps distract me from personal worries, and allows me to be more useful. Along with that, I have no intention to espouse the passivity of the regional culture- those who watch the sufferings of others, instead of doing something to help. There really is a mercy deficit. 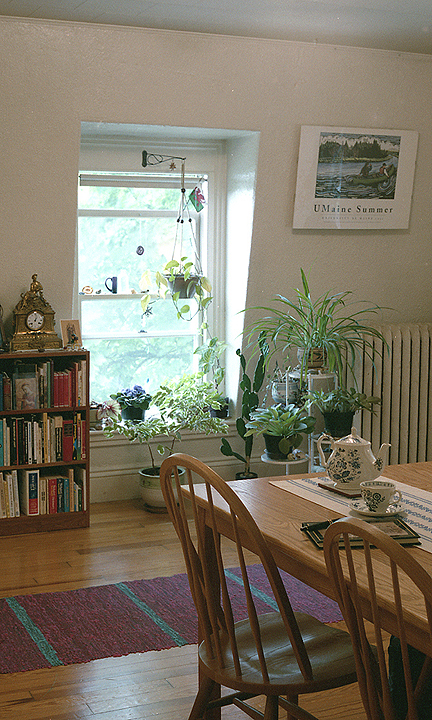 By definition, necessity does not really go away; something is necessary until it isn’t. We all remember requirements from our school days. As for sadness, it may remain as a landmark, and that is preferable to being an enduring state of mind. Grief settles into the fibers of our being, if it must simply be an unresolved landmark in time and place. With this move, unsatisfactory and expensive as it is, there will be a beginning to the distance placed between now and the future. Everything is packed, that frightening lease has been signed, and my reimbursed security deposit for my current place will come from the invisible developers who bought the old building. I’ve been photographing parts of the building that I hadn’t previously documented, and writing at a few perches for the last time. A wise friend suggested that I find ways to break with the place, without regret, and thoroughly. For me, it’s always writing and photography. Of course, those crafts go with me. 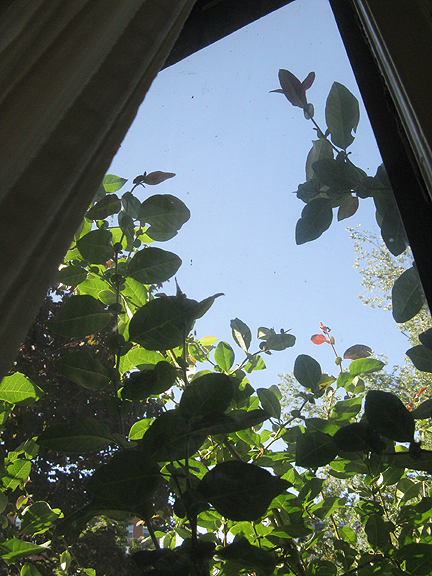 While writing on the front stoop, the hallway steps, and at my old window, I am thinking about what proceeds with me from this long night. What will stay with me, after I return my keys and get used to different streets? The necessary sadness comes as a result of a lot of active struggle. Not being able to accomplish my housing preferences, such as with neighborhoods, spaces, and my hopes to continue renting from families, sadness is paralleled with disappointment. At the same time, I’ve actually found something, and that will have to do, for the time being. It has been difficult to separate my disappointment from the hundreds of conversations I’ve had around this metropolitan area. The word-of-mouth efforts failed, although I did meet a lot of people. During interspersed quiet moments, I’m telling myself that it is of critical value to not become angry or bitter toward anyone. Just don’t. Sure this is all rotten, but these times are rotten and desperate for a lot of people. Still more are homeless. As with the general pandemic, this city’s regional gentrification has taken down far too many people through no faults of their own. The cruel consequences are largely unavoidable. We are each left to commandeer our resources and wits. One of numerous leasing agents I met told me about a family she knows that had to live in a tent pitched in a friend’s backyard even though the head of the household had a job. They could not find an apartment, and wound up sinking themselves in an ill-timed mortgage. A neighbor saw me carrying donations out to my car, and we got to talking about this whole sad scenario. Amidst our conversation she asserted that the neighborhood and the building will always be part of me. A number of other neighbors have said this to me, as well. Yes, the memories go with me, and the better ones should stay with me. All the years of photographs will help. And still more valuable is to have it in mind to appreciate what was. A great deal of goodness to reflect back upon, while fully aware of what has finally run its course. 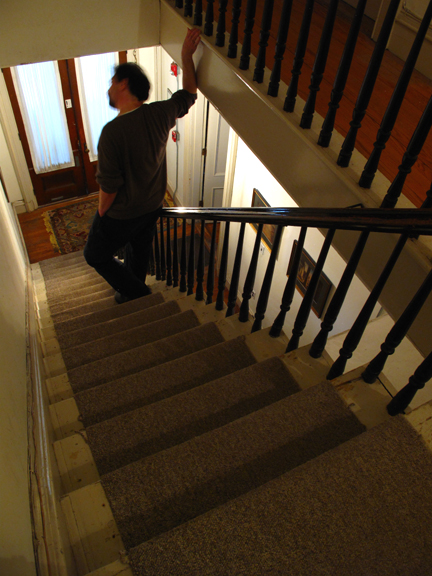 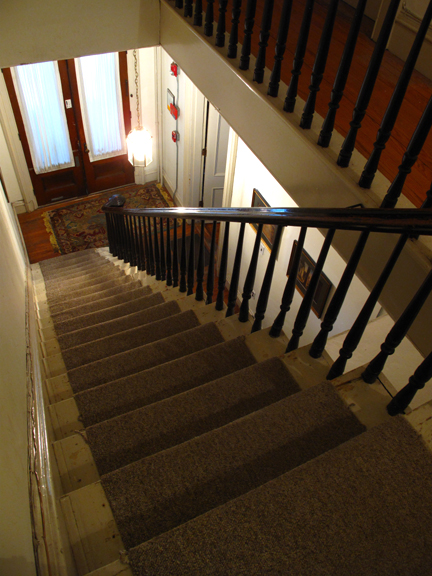