the society of books 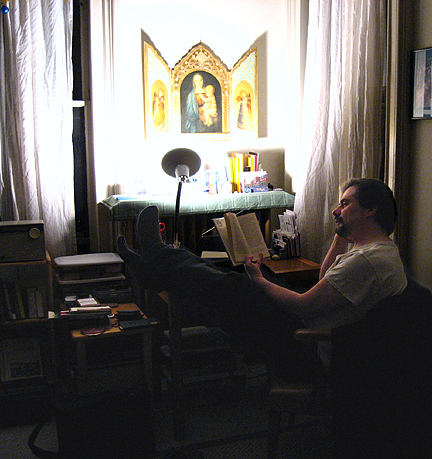 “These momentary chances we covet, and spend our years
and passions and powers in pursuit of little more than these;
while meantime there is a society continually open to us...
lingering patiently, not to grant audience but to gain it,
in those plainly furnished and narrow anterooms,
our bookcase shelves!”

~ John Ruskin, The Society of Books, from Of King’s Treasuries.

Along the pilgrimage, this lifelong voyage turning with earth’s curvature, I’m occasionally able to find intermittent respite. Retreats I’ve discovered along the way have become my hospitable way-stations. But halting the paces of obligations and survival demands is both rare and earned through extraordinary strain. And although my returns to the fray are often hard landings between contrasting situations, the retreats continue to be enormously worthwhile. Years of intermissions cultivate enduring touchstones to inspire daily enterprises and illuminate roads ahead. Experiences provide reminders, yet I’ve still to refine a skill of translating healthful ambience from retreats to workaday life. At the same time, I recognize some inherent dissonance between spiritual priorities and market-driven motivation. The individual soul must invariably choose which master to serve. 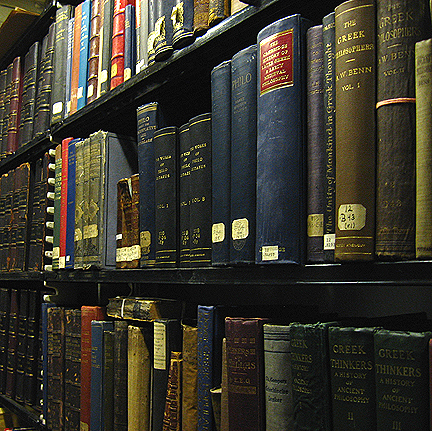 This time, the spans without respite draw my interest. Arid stretches of unknown duration, paralleled by constant and vigilant striving, are surely times during which a consistent awareness of sanctity is vital. Finding refuge while in motion, without being able to sufficiently stop, is the challenge. During a recent lunch break, I looked to the skies and thought about long haul aircraft that refuel while airborne. Then I remembered my training in art education, being taught to provide “in-process reinforcement.” With every subject I’ve taught, to this day, the value of checking by conversational reinforcing that a new concept is understood has more than proven its worth. Recalling these ideas caused me to consider refining a presence of mind that can better reinforce in process, that can maintain fuel levels, even when respite time cannot be procured. Thoughts of refuge returned to me the other day, while ensconced aboard a Boston subway train; recharging while in motion. I had been listening to inspiring music, during my transit to visit libraries and friends. Transit provides productive moments for written reflection. 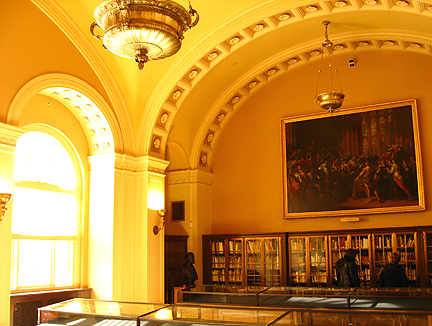 Ordinarily, the concept of liminal space is associated with brief, transitional times; short spans between stages. Threshold lengths amidst broader adventures along a soul’s pilgrimage of trust constitute the liminal connectors. It is expected that- once noticed- a space between pursuits or phases of life will be short-lived. And what if they aren’t? How long before liminal becomes an indefinite way of being? How permanent is temporary, and how temporary is what we assume to be permanent? Perhaps the present is a protracted exercise in my learned perception of time. While feverishly wondering how I can hasten my fortunes, I also question the very sense of the course of my pursuits. How far along the way is too far to make another career change? Closed doors and expired opportunities abound. But surely, there must be open lanes. My thoughts circle back to whether I’ve been missing something that I should’ve long known. Perhaps a lack of common sense, or perhaps a lack of jadedness, all of which remains to be seen. 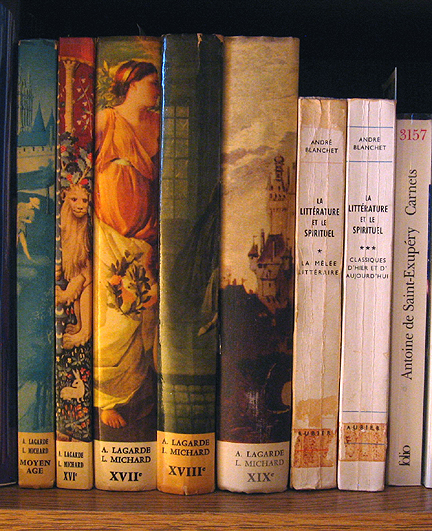 Indeed, part of attempting to comprehend the liminal present is imagining how I will look back upon these times. Through such trials, no matter their duration, there remains an incorruptible assurance, even though it neither pays my bills nor releases me from indignities. Well aware of his life-sentence, albeit as an innocent prisoner of conscience, the ancient Boethius composed his immortal Consolations of Philosophy. In spite of his conditions, he insisted that God is the objective, transcending, enduring good, who does not give up on us, no matter the extremities our emotions can twist us into accepting. My readings in the old, familiar Consolations tend to begin in Book 4, in which Boethius has become well acquainted with the majestic Lady Philosophy, and their dialogue proceeds to address the importance of trusting faith. In this, he observes how even our unhappiness can be of use to humankind and to our understanding of divine grace. Revisiting these readings spoke to my musings of what is reliable in the fluid and abiding present: enduring words and the Spirit upholding them. 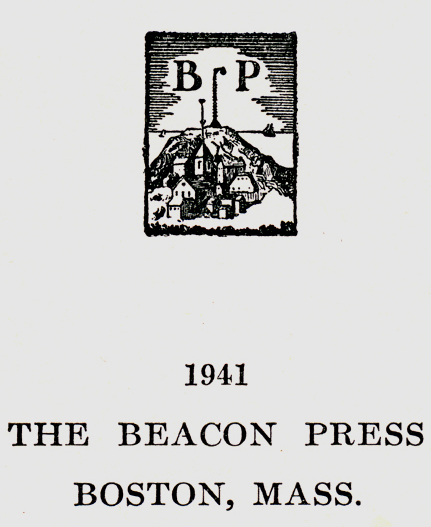 One night last week, following yet another exhausting day, I chose to read instead of write. Too much space in my journals had been given to enumerating frustrations. From my small desk, I turned to the shelves of old friends conveniently adjacent to my perch. Purposefully, my choices favored life-giving and thought-provoking words. Pascal, Aquinas, Merton, the Bible, Brother Roger of Taizé, and two small books called Great Companions. The latter title was drawn from Walt Whitman’s poetic beckoning to seek out the great companions and belong to them. The books’ contents comprise numerous “readings on the meaning and conduct of life from ancient and modern sources.” Published by the Beacon Press, on Boston’s Mount Vernon Street, Volume I was first printed in 1927, and Volume II in 1941. The books in themselves are great companions to me, both as destinations and as launches into further studies of the selections’ sources. 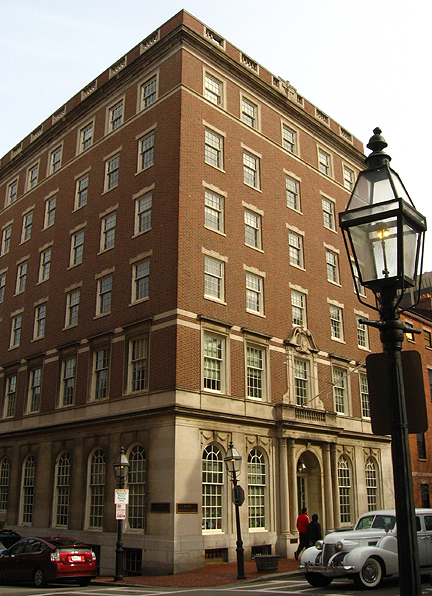 
Quite naturally, yet still a soothing surprise, I reached for the kindredship and consolation of words. When writing runs dry, or is cast adrift, it is a reminder to read more consistently. Replenishment is as productive as the coverage of distances. My gratitude for reading brought to mind that as the individual is an earthen vessel carrying the gift of God, so the books at my reach are rafts of composed words. The great companions in cherished readings are at once consolations and distractions. With that in mind, I decided to awake before dawn on my day off, and go to Boston. One of my favorite things to do at the Athenaeum library is to set a chair in the aisle of “Cutter 3's and 4's,” and seek out gems at random. Never a disappointment; always new pearls. Having opened windows from my closed thoughts, I can inhabit the ministrations imprinted carefully upon the pages before me. 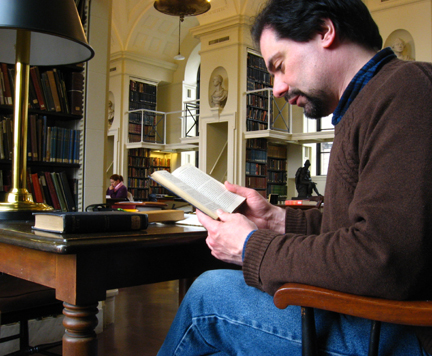 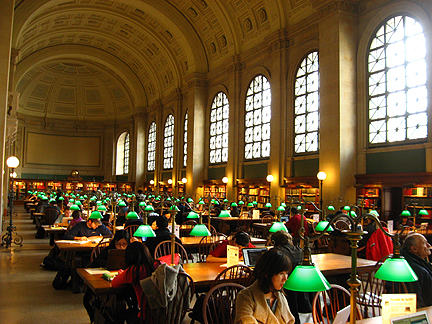 From Cassiodorus, to Plato’s trinity of Spirit, Reason, and Memory, I proceeded to the classic sermons of Phillips Brooks. An illustrious Boston cleric of the 19th century, Brooks wrote of the human craving for Continuity, Variety, Influence, and Reality. All my readings combined to remind me of heavenward aspirations. These ideas and statements represent messengers of grandeur, expanding perception, and transcending the temporal. Leaving my perch in the Athenaeum library aisle, I walked across downtown to Copley Square, remembering the Phillips Brooks statue near Trinity Church. The broad piazza is flanked by the large church and the flagship Boston Public Library. Visiting the church also permits for a stop into the Great Reading Room which was filled with pensive souls. The readers, and reading in itself, reminded me of the innumerable great companions ever in my midst. A sense of wonder is indeed a sign that indicates one’s progress along life’s pilgrimage. In agreement, Phillips Brooks, in his On Promoting Spiritual Life (1893) adds:
“Wherever there is a wonder, we are sure that if we listen with our hearts we shall hear, out of the depth of that mystery, some richer teaching, some large revelation of God’s truths.” 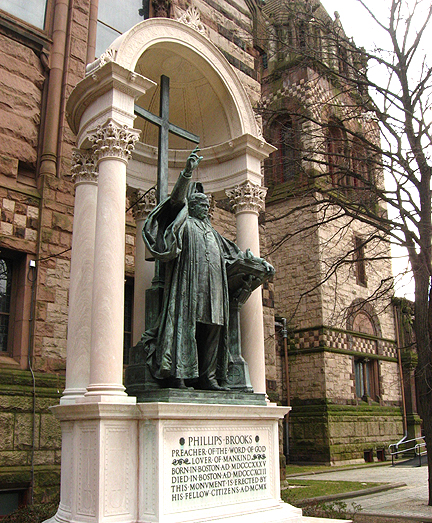 "My service, my true will-dedication
ought to bring me out into the light; at least I will remember that.
I will not be content with darkness.
I will not let despair of positive belief settle down on me with its chilling power." 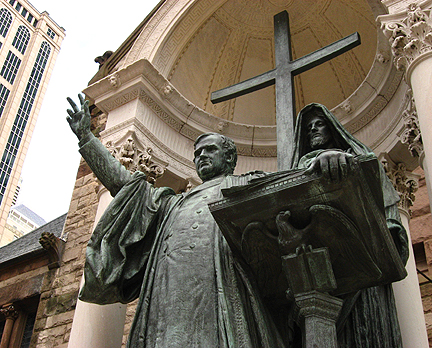 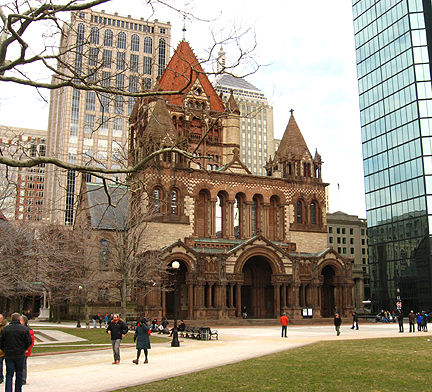 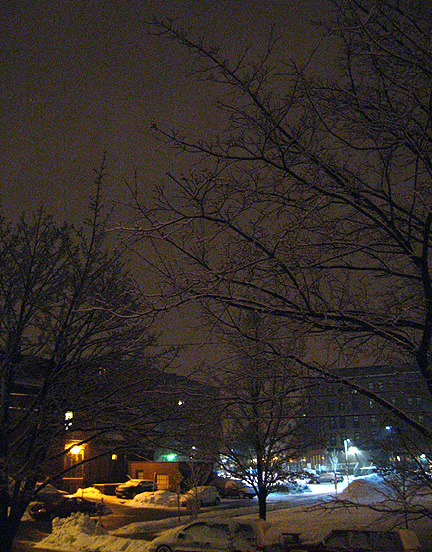 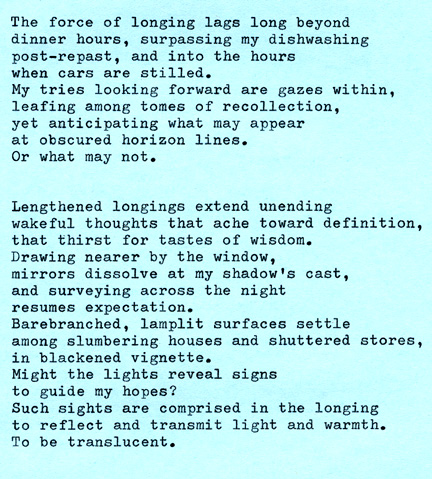 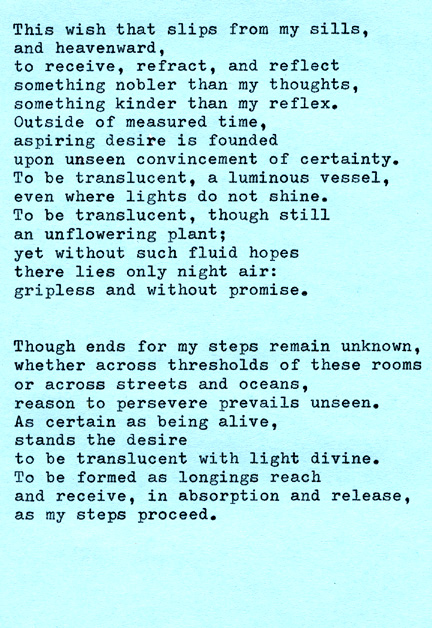 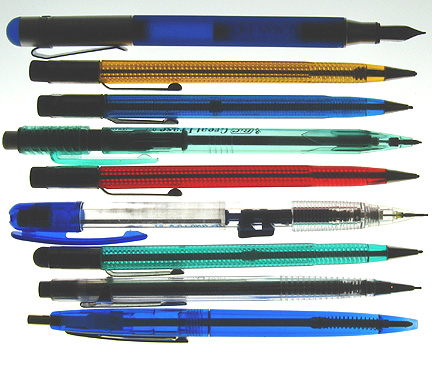