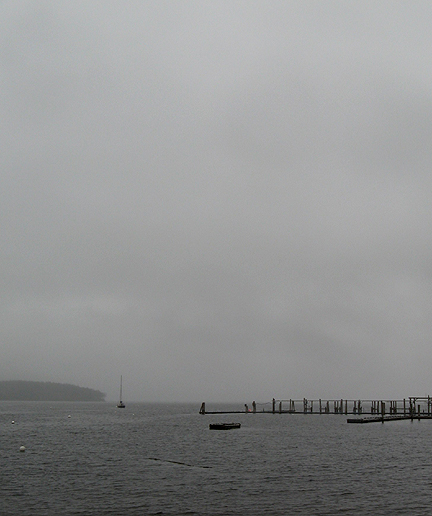 “We must accept finite disappointment,
but never lose infinite hope.”

This time of the year is especially conducive for outdoor writing. Perching on the sunwarmed granite front stoop to write and read has been consoling for many years. But now with the inevitability of losing my housing, even benign routines have become tainted with mournful tones. Necessity and survival demand that I force myself to see beyond these liminal times. While I witness the steady evacuations of my neighbors, as we are all anticipating the “redevelopment” by the next landlords, I am also wildly scouring the grounds for a place to call home. Yet, still, the stately Victorian architecture remains, as do roses, leafy trees, and ants scurrying across the stone steps. Occasionally, an ant will run right at my book, realize it’s an obstruction, and either climb over it or scramble around it. Then I’ll stand the book up, to see how it tries to figure out how to navigate, determined to hold its direction. Not wanting to antagonize the poor thing, I remove the barrier and let it scamper on. Like these small creatures, I am also trying to make sense of setbacks. Most of us have them; sometimes the hardships are compounded. Job hunting, apartment searching, seeking grace- all look the same, all pursued with the same desperation. Perhaps it’s all too similar, and this will require some thoughtful parsing. In crisis mode, too many things seem alike. All the begging, scraping, and strenuous attempting to impress are amounting to levels of humiliation unusual even to me. Yet the fight must not cease, neither should the refinements of my pitches. There is surely much more to lose by clutching a status quo, than in making a move. 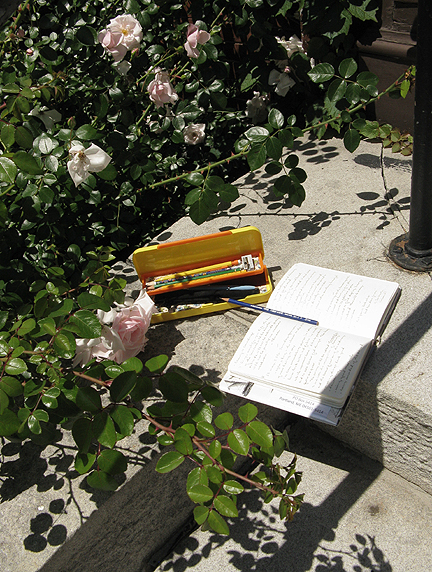 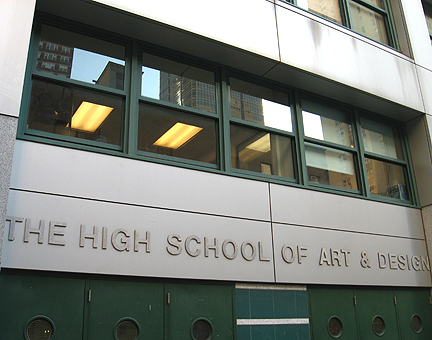 Another annual summer reminder is my memory of arriving in Portland. After my hardworked endurance of the New York City school system, I graduated from the High School of Art and Design. Commencement was at nearby Carnegie Hall, and the speaker was alumnus Ralph Bakshi. I had saved my money to travel back to Paris so that I could spend the summer with family. I had missed everyone very, very much- especially my grandmother- and there was nothing I wanted more than to be there. It was undoubtedly a great decision in every way. By Labor Day weekend, with a great many thoughts and ambitions, I arrived in Maine. The building containing my first apartment is down the street from the place I will have to leave. Through eight different apartments, I remained close the center of the city.

I remember very well how desolate it was to be a seventeen-year-old stranger in town- even after beginning at Maine College of Art. I’ve since been active in numerous community efforts- creating, befriending, giving, serving, teaching, and working- but this housing crisis has me no less on the ropes than when I first arrived. A stranger in my own town. Maine is a wilderness at multiple levels: Yes there are thick and endless woods, as the state is mostly rural, with beautiful landscape. But it is also a hard culture. Somehow I wound up fitting in among kindred spirits, especially as I got more involved in civic and artistic life. The cultural differences surface as I seek advice and help from among the hundreds of people I know. A city person like me prefers to communicate directly and unabashedly (but with the best of manners). The stereotypic Yankee mindset is to go about things indirectly and laconically. People tell me about this-and-that empty apartment across the street from them, but they can’t tell me who owns the place because they either never speak- or the owner is an “avowed enemy.” I’ve heard that latter expression many times. Social media is well suited for such personalities, because they can suspiciously snoop around without directly communicating. I’d like to think I’ve evolved over the years, but never into that. My purpose in life is to be a doer, not a spectator. As much as I inhabit this world, I am not of it. Still, try making any progress with housing or employment without help from others- especially those “in the know,” and the “gatekeepers.” Even if you ask politely. Even if they know you. 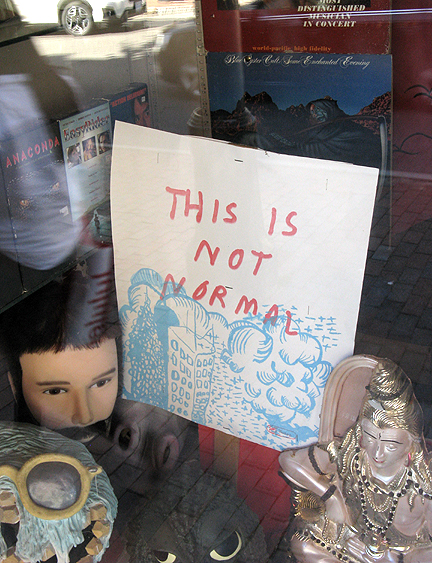 I’m reminded of a Maine College of Art memory; a very subtle one that I somehow remember. I had written a paper for a literature course, and my professor wrote an interesting reflection after my last paragraph. Professor Aldrich concluded his positive comments with confessing there was something he couldn’t quite agree with, and then wrote “but maybe it’s just the mood I’m in today.” His candor was commendable enough, but the admission also taught me something about context. We tend to perceive according to our circumstances. The covid era is now 29 months running. We can look back across 2½ years of world-altering plague. While we all heard daily about fatality numbers and immunization, both the housing and job markets spiraled into merciless stratification. Before realizing how different everything became, everything began to look different. Like many others, I kept on working- setting up a remote space at my dining table with an extra laptop computer I had purchased, when not pitching in for various departments on-site. The imperative has been to keep on working. While I witnessed furloughs, layoffs, and countless voluntary departures- I kept on working. Lunch hours became isolated twenty-minute breaks, and vacations became impossible. All was subsumed for the causes of relevance and productivity. And survival. The mood I’m in today is that I’ve kept on working, obstacles notwithstanding. 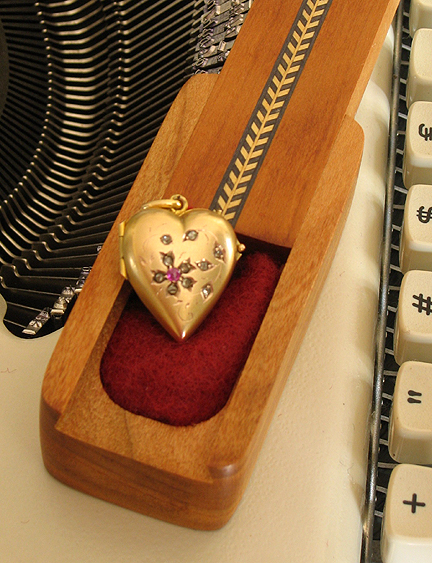 One of my colleagues recently said to me, while discussing what we’ve been able to accomplish in the past fiscal year, “We’ve all been through a lot.” Stopping and looking up, I replied, “We have, indeed.” The covid era has weatherbeaten and accelerated the aging of most of us across all the generations. Ambitions held so preciously in the depths of our lockets, tenaciously carried through our school years, collide at the compromising crossroads of plague. The imperative is to survive, but what are the rewards of survival? Like the ants on the front stoop, it would be good to know that I’m scurrying to something better in this life. I seem to have met many of the descendants of the friends of the biblical character Job; they like to tell me I’m being tested, and that my life is a trial. And it’s much more than being on the brink of losing my home. Well, if this is indeed a protracted spiritual test, there isn’t much else I can do but to stick to my scruples. It means to believe without seeing, to pray insistently into the opacity, and to forgive all the tin-eared people from whom I’ve asked for help. Speaking with a wise friend, I mentioned the weight of some kind of bewildering punishment. He told me to do all in my power “not to go there,” and to be reminded of Divine compassion. Going further, he told me to be sure of that. Perhaps if this is a test, it’s about how I perceive God. Purposes are often discovered amidst struggles. 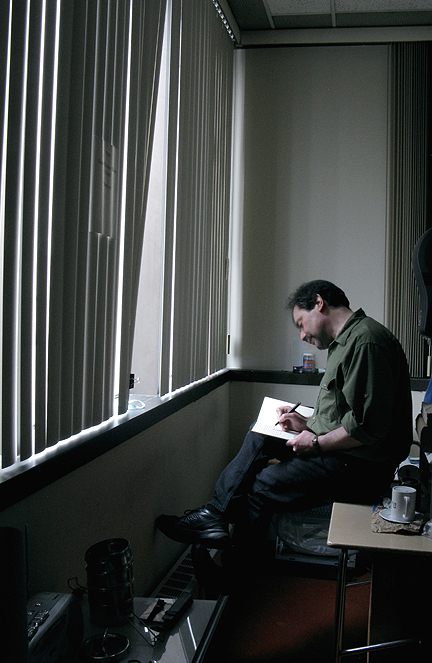 Maybe I’m not being punished. Maybe I’ve heard the expressions no-cause and at-will a few too many times to be reminded of my own humanity. Everything looks very different now. But while I continue straining to perceive through cluttered apartments and dilapidated buildings, my self-prescribed imperative is to see beyond reticent neighbors, see beyond this smallminded culture, see beyond constant setbacks, see beyond roadblocks and rejections, see beyond exclusivity, and see beyond all that tells me to just give up. Seeing and proceeding beyond limits may lead to a clearing, a pasture, a wellspring. That inner locket is still where it has always been, with me since my school years when I was thrashed around by bullies who outweighed and outnumbered me. It’s still kept safe, and the preserved spirit of forgiveness and devotion will repel the tarnish of these times. 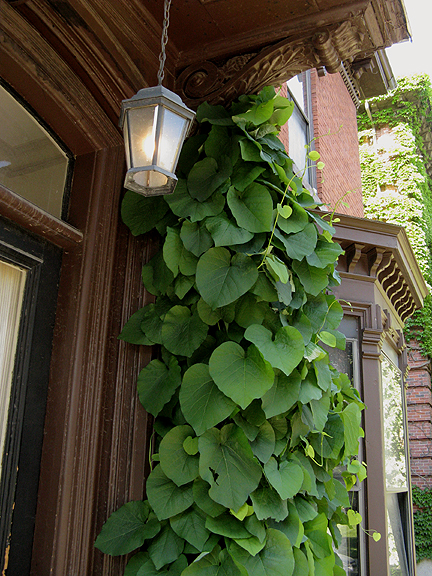 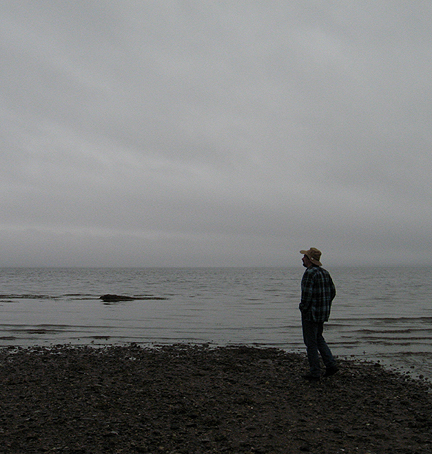 Posted by speculator at 7:41 PM