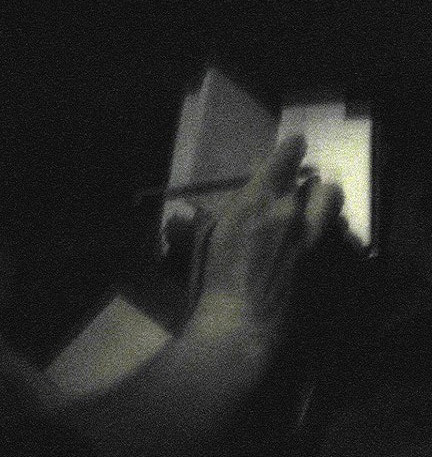 “Blessed is that nothingness,
and blessed the secret depths of the heart
that possess everything. It desires to have nothing for itself,
casting away all cares so that it may burn more brightly
with compassion.
Live in faith and hope even though you are in darkness,
for in this darkness God enfolds the soul.” 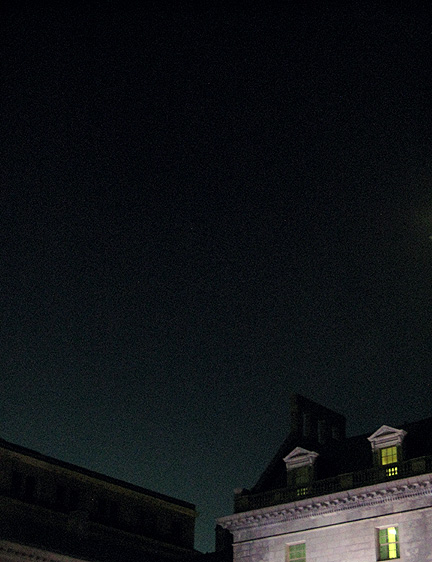 It has now been four months since my displacement from the sold apartment building within which I had my home of many years. Though each day slogs across quagmires of unease, the work weeks capably string together larger parcels of time. Responsibilities along with demands connected to semblances of normal life force an equilibrium to meet each day. Adaptation, in this case, does not mean enjoyment. If anything, the whiplash effect of diminished conditions has sharpened my senses in pursuit of better living space- of a real home. Perceptions have also sharpened in the direction of transcendence. With merely my thoughts to shelter, while freezing beneath the elements at bus stops, I often gaze skyward. The expanse of distance strikes a contrast against the oppressive apartment which is transitional at best. I also read during my waiting, choosing anthologies portable enough for the transitory. So as not to endanger my rations of inspirational words, I’ve cultivated a knack for page-turning with winter gloves. Routines, in their varied forms, are necessary for many of us to accomplish things in sequential order, such as being prepared for the day’s demands. But memory devices must last only as long as they’re needed, until improvements change relevance. Recently while gazing up at the night sky, from the pavement at the corner of Congress Street and Exchange Street, I considered how we all adapt to survive. After some time and trial, the temporal status quo begins masquerading as a foundation; it’s a temptation for which I refuse to fall. All that I found constricting and objectionable four months ago is no less now. The most solid foundation during a provisional situation is that of the spirit, standing unadorned on frozen streetcorners. The Author and Perfecter of my faith will lead me to better and healthful conditions. When housing and daily life humiliate, the fires of ambition can only burn hotter. 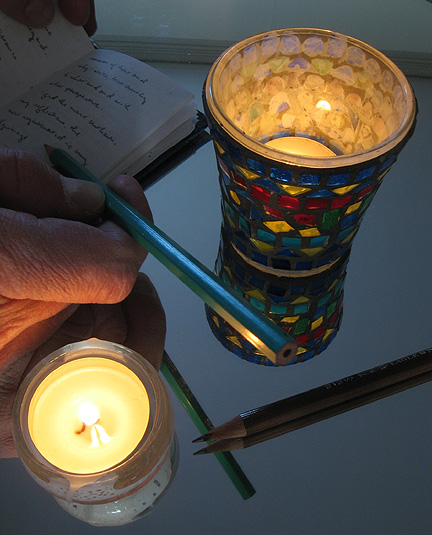 Beneath the temptation of acquiescence to an objectionable status quo is the notion that efforts at improvement are worthless and in vain. They are not, no matter how high the defeats stack up. Good and intelligent efforts must amount to positive results. What does keep me guessing is whether intensity and thoroughness meet their reciprocal forms of fruition. I’ve had to painfully learn that hard work is far from the recipe for success I’d been led to believe. Following that was being told that “working smart” needed to go with “working hard.” Granted, efficiency is a cultivated craft, and true to self I’ve mastered every methodology I’ve taken on. Though my results have amounted to numerous completed projects, what might be tangibly considered success remains elusive. Also dauntingly elusive is assurance. By this, I refer to a strongly assuring sense of validation that I’m on the right track. Where is the open door? Where is the welcoming place? Where and when may I unpack boxes that have been sealed since last spring? Liberation from the oppressive little hovel and the overhead circus cannot happen soon enough. Things are not looking good, although faith insists there will be open doors and a good future. I’m putting in my honest eight hours every weekday and I’m paying all my bills. The Advent season is about preparing the way, awaiting with expectant hope for the road to finally crest. Exhaustion, frequently made into a badge of accomplishment and survival, is more than anything a manifestation of overwork. Perhaps my efforts needn’t be overdone, and maybe success can happen on less-severe levels of outpouring. It is my nature to strive to make the best impression in all situations, but contemplative wisdom asserts how the most communicative language is silent affection. 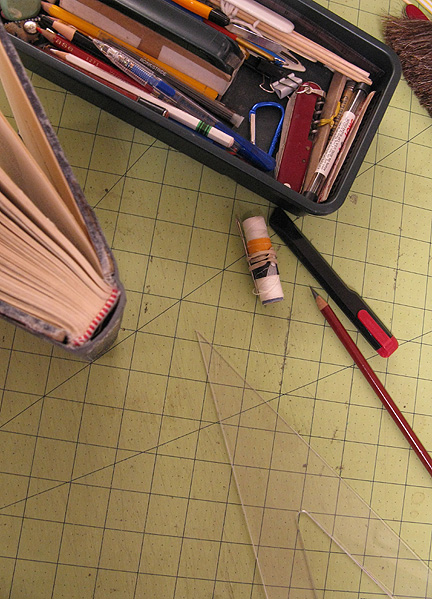 With Saint Bonaventure, I’ll cultivate reason upon the foundation of belief. At the same time, I’ll echo the unabashed Psalmist whose very depths called to the deeps of everlasting. A withdrawal of the Consoler’s presence challenges that aforementioned stabilizing foundation. As any of the best of us, the anguished Psalmist incredulously cries, “why am I forgotten?” He needs an assuring spring of water for the desert of his life. Nicknamed the weeping prophet, Jeremiah persevered and cultivated through deprivation and even exile. But he held against desolation, clutching the message, “if you seek Me wholeheartedly, I will be found by you.” The imperative in this testing is to believe without seeing. In this case, there are no reciprocal proportions: in order to see, there must be complete belief.

But divine mercy is invisible and cannot be grasped. And the more persistently out-of-view, the more critical it is to press forward. This is neither passive, nor for the weak-hearted, because visualizing the unseen requires reveling in the lacking. Grace and mercy may yet be present to us, without our knowing. Mysteriously, these things are absent right up until the moment of discovery, yet we are called before we can know to reach. I’m reminded of instances during which I’m looking for an object I had set down moments before, such as on my workbench while binding books. A frequent culprit is a transparent measuring triangle. In its pursuit, I’ll say, “it’s in front of me, but I can’t see it.” My eyes scan the work surface and my hands palm the tabletop, while trying to recall when I last saw it. Eventually, I find these kinds of objects, at times in exasperation. Too often, the certain is not apparent. 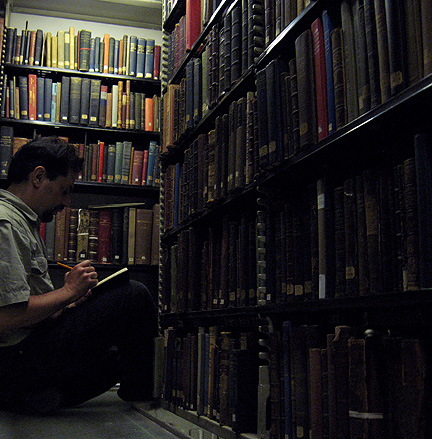 Reveling while lacking is followed by yet another notch for the raised bar, and that’s an honest gratitude amidst hardships. Thankfulness while wishing for leisure, favor, and fortune. The present moment requires my meditation upon divine mercy. These alienating trials of unknown duration demand the confidence Saint Augustine had when he said:

“All my hope lies solely in Your great mercy. Solely in that, Lord. On Your mercy rests all my hope. Not my merits, but on Your mercy.”

My ancient namesake not only embraced an unseen promise, Abraham had only perceptive faith to sustain and light his way to the end of his complex life: “By faith he dwelt in the land of promise as in a foreign country, dwelling in tents...” His very, very distant descendant in Sephardic Spain, San Juan de la Cruz, taught and wrote about embracing the nothingness that holds everything. Sounding like our common ancestor, Fray Juan’s The Ascent of Mount Carmel includes the enjoinder, “hope in detachment and emptiness. The good that you desire will find you before too long.” He went so far as to discipline his temperament to renounce seeking consolations. Such depletion becomes a clear slate- a lens cleaner for the heavenward gaze. Frozen and overcast night skies conceal brightness yet to be revealed. Grace is at hand, without seeing or otherwise sensing its imminence. 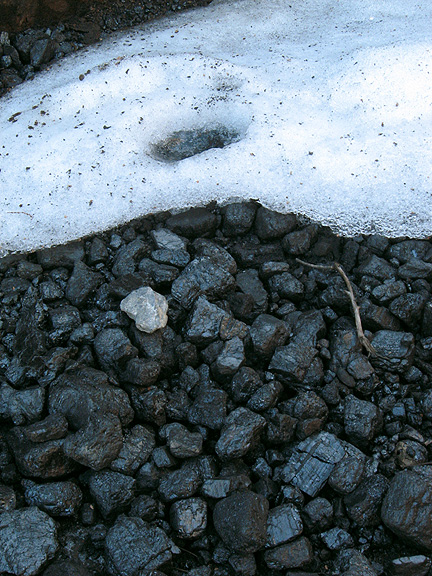 This year has been an extremely difficult year which followed one of loss and sadness. I can merely manage as possible, within very tight limitations. While flailing to rectify a regrettable relocation by scouring for something better, admittedly the biggest mistakes are the ones not learned from. The recent move was surely under duress with few choices, but it stands out as a terrible mistake. Needless to say, the painful learning experience continues, and I know much more about what to really avoid. Yet another temptation is that of setting up shop in the wheelrutted inventories of my failings. An old reflex of mine is to turn away from distasteful things- things that are gaudy, unappealing, cruel, dissonant, and unwelcoming. I’ve always turned my camera toward eloquent simplicity and compelling motifs that inspire. That newer reflex I’ve noticed, looking to skies and horizons, counteracting my confinements, is the pull of contemplating the transcendent. This has been my closest way of looking toward home and being enfolded by hope. 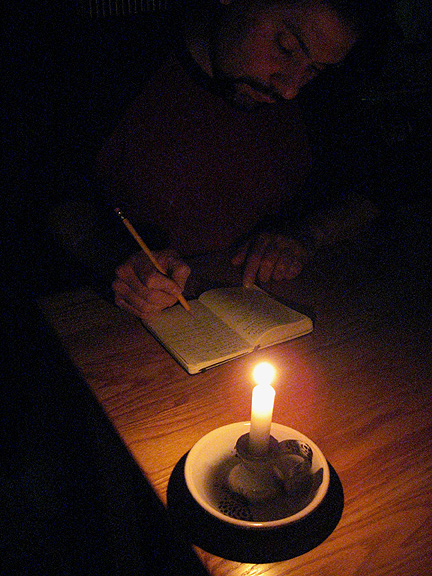 Your writings offer encouragement to me, too. Thank you, and keep looking up.