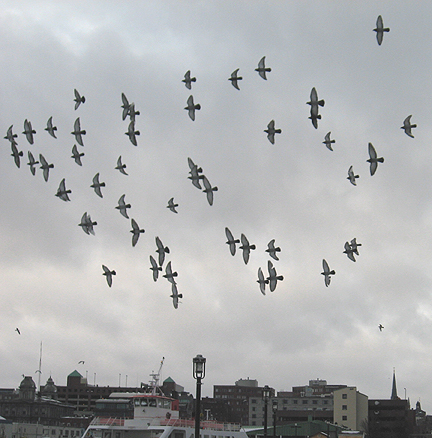 “I see my way as birds their trackless way.
I shall arrive! What time, what circuit first,
I ask not: but unless God sends His hail
Or blinding fireballs, sleet or stifling snow,
In some time, His good time, I shall arrive;
He guides me and the bird. In His good time!”

For personal causes of self-education, health, and post-work-week sanity, I made one of my usual monthly drives to Boston. There, I visit with friends, and enjoy a full day of study and writing at the Athenaeum. The drive from Portland divides in half: an hour to the Portsmouth area, followed by another hour which is mostly taken up with northeastern Massachusetts. As Interstate 95 merges with an infamous expressway known as 128, thoughtful drivers- including me- are brought to heighten all senses. I must defend against unpredictable right-side passers, tailgaters, and nonsignalers. At the Peabody split, I reflexively disengage cruise control. Committed to making the most of extremely valuable time off, I tune in to AM radio stations with road and traffic reports, ready to divert as needed so that I can get to Boston as efficiently as possible. 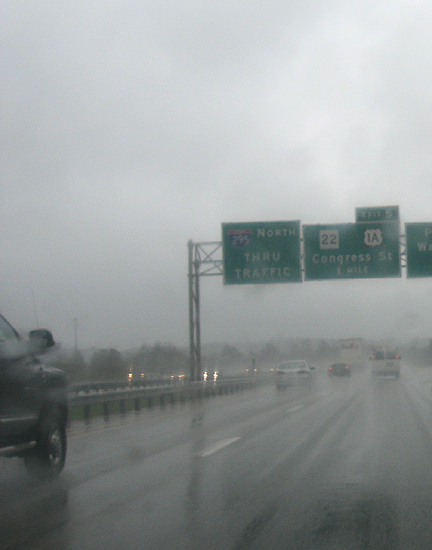 At the lower end of the kilohertz scale, my radio picked up one of those abundant money programmes on the airwaves. Another “financial expert,” from the syndicated world sounded very far away from New England, telling me about what I don’t have, and what I should do with that nonexistent pile of loot that I should have by now. Thanks a lot. After a short listen, I moved on to a station with a traffic update. My thoughts lingered a bit longer with the financial broadcaster’s words and yet another reason to acknowledge what has been unattainable. Surely, I know enough to look and listen askance at these market-driven programmes, aimed at a broad spectrum of potential buyers. Not all of us can buy. Notwithstanding, my thoughts accompanied me, beyond the Reading-Wakefield merge, onto I-93, and off through Medford Square. Dashes of autumn foliage helped to lighten my thoughts, diverting them away from my case of the almosts. I refer to my chronic recounting of how I nearly made better choices, and was almost hired for this-and-that job: Almost, but not quite catching the brass rings of my wishes. During a traffic light breather, I looked over at my typewriter on the back seat. Saturday, sunshine, library books, and Beacon Hill awaiting, surpassed my sighs. 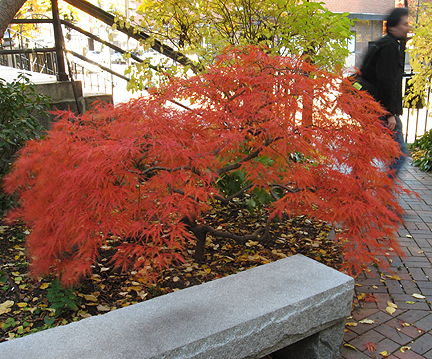 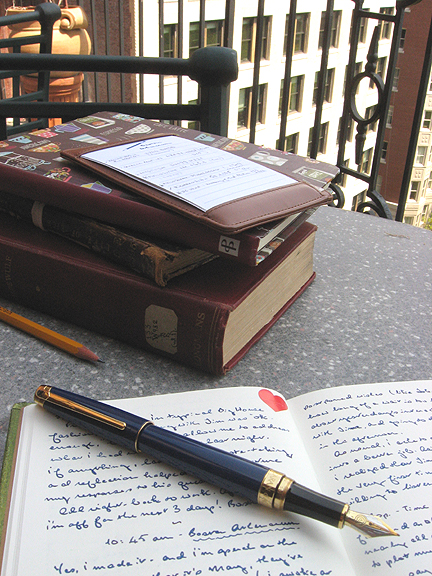 Almosts have persistent ways of infiltrating streams of thought. Though I’m grateful for the gift of lucid, long-range memory, I’m also aware of the burden attached to razor-sharp recall. Remembering things I’ve almost accomplished, almost said, and ideas almost developed stirs my perspective into self-casting as a perennial underachiever. In a general sense, perhaps it is a human ache to desire to live up to one’s potential. In The Luminous Trail, Rufus Jones strikes a chord in his discourse about roads that evolve as we live:

“There is in most of us a vast acreage of our inner estate which has never been touched by the plow. It remains uncultivated. We are this; we have been this, but how much more we might be! Coming to ourself, our true self, and reaching out with divine help and the gift of Grace to win the whole of ourself is to be ‘spiritual-minded.’”

In that Grace is the ability to be unfettered by defeatism. In defeatism, I refer much more easily to unaccomplished ventures, than to vanquished waters long under the bridge. Navigating the turbidity of almost has the added afflication of the indefinite. This kind of wilderness has undefined limits; the traveller cannot see the end. The pilgrimage is accompanied by thirst, by longing for a satisfying stability and permanence. Living a long succession of almosts is wearying, as is the vigilance of keeping watch for an arrival into fulfillment. But even our most established days are temporal at best. Many of us know about fleeting moments in a theoretical sense, but very few apply that awareness as practical knowledge. How much sensible theory has become lived practice? Perhaps the core of each almost reveals the temporariness of what seems solid to our mortal senses. 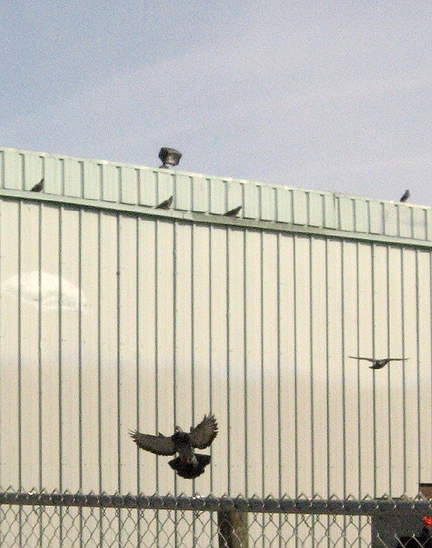 An unending chain of almosts, combined with short-range visibility, makes for a provisional view of life in all its dimensions. Athletes experiencing their version of almosts are prone to exclaim “wait ‘til next year,” having the advantage of an off-season during which they can recondition before re-entering their respective arenas. That is surely not how most of us live. If “offseasons” are preparatory spans of time, the average working person must intertwine active, vigilant forays with short and intermittent respites. I’ve learned to do this with occasional retreats. Tirelessly working, while waiting for my fortunes to improve, seems like a life spent in preparation for tailwinds that do not manifest. With undetectable boundaries, the provisional is undefined.

Pursuing a preparatory path is safely familiar, and not altogether without achievement. My student days, primarily dedicated to postgraduate life and employment has continued on with scholarship as intense as my job adventures and related searches. Scholarly life is inherently preparatory. Studies and research anticipate application. Critical reads, note taking, and indexing bridge discovery with future reference. Looking forward through the temporal can lose the present, relegating life to a perpetual holding pattern.

Living in a constant state of preparation is its own form of almost. In a continuity of those turbulent and tentative student years, renting my home and keeping my living simple, makes it easier to uproot as opportunities arise. Parallel to that, I have not ceased in my quest for better and more stable work. Living portably awaits the fulfillment of the almosts. Putting away money for the future reflects thirst to bring the temporal into port. 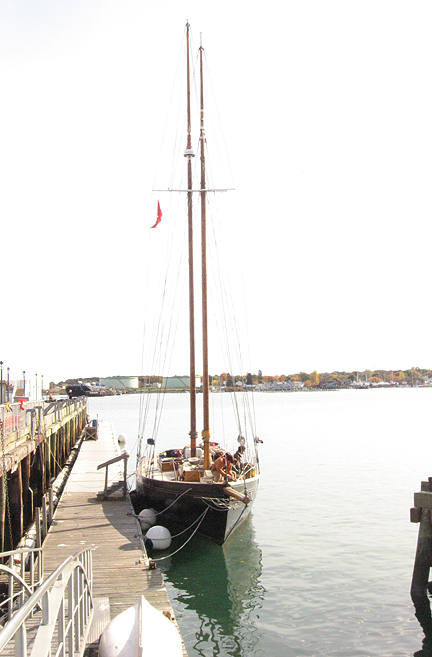 The provisional should be just as it says, and not a permanent condition of unease. Over time, there develops a sense of the overdue, and at worst, the too-late. The latter becomes something to avoid and to be feared. Another pitfall to beware of is the notion of rehearsing for the real thing. Perceiving the present and continuing to do so, as treading water, devalues the voyage. Banking up energy, resources, and knowledge may be wise and prudent, but if it’s in anticipation of the real thing, there comes the question of whether there is a real and an almost real. Is the unsatisfactory ephemeral as real as any other circumstance? Perhaps it is more real, existing in the amenable present, and compared to the anticipated which does not exist yet. As unsuitable as it may be, present and temporal conditions are as real as foreshadows of hoped-for reality. 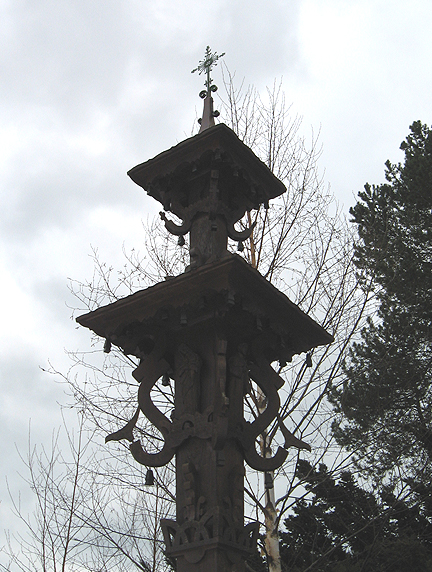 From this lookout, straining ahead for improved reality to materialize, and struggling with the ill-fitting aspects of the present, there remains a reckoning with the past. As in archival processing, there are arrangements and descriptions of life’s chapters, based upon their points of origin and provenance. Are the organized documents through time’s continuum informative artifacts, or evidentiary references for condemnation? Commenting on our developing understanding of history, the philosopher Ortega y Gasset observed that our changes in thinking do not negate timeless truths, but rather that we change as we see truths anew that we hadn’t previously seen. He wrote about a progress in modern historiography that departed from the 18th century penchant for “cataloguing failures.” Like Gasset, I’m less interested in a sense of exoneration, and more drawn to redeeming my remaining time. Assurance of heading in a worthy direction would inform me that I am not obstructing my own progress. As surely as I write these words, the story continues to be composed. 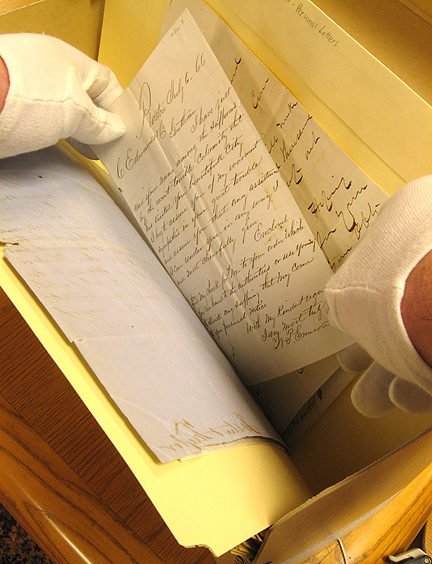 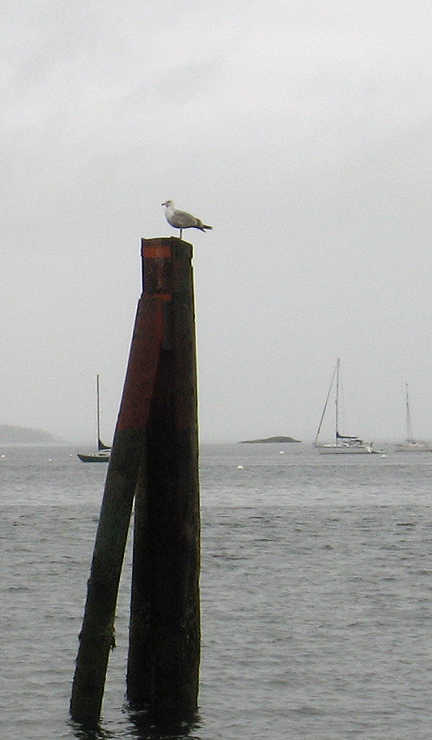 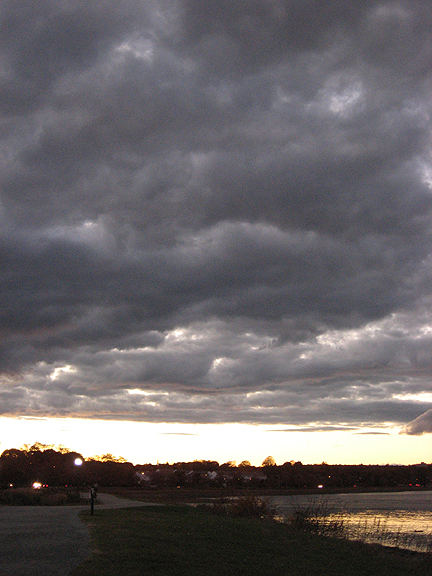 Posted by speculator at 4:41 PM

I've taken the time to read and reread this piece, as it deserves careful thoughtfulness. Alas, we can't change the past, there are no "do-overs", and thus regrets are simultaneously meaningless and meaningful, because we are conscious of our memories, hopes and dreams. Most importantly, you continue to meditate and write, which is a high work and calling. I'll continue to read. Stay well.