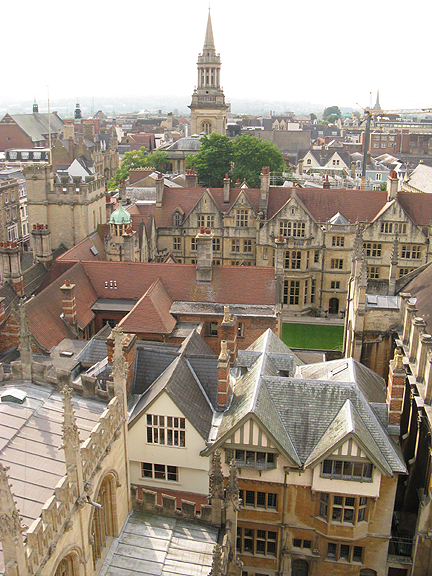 “What was sown in momentariness is raised in still permanence.
What was sown as a becoming rises as being.
Sown in subjectivity, it rises in objectivity.
The transitory secret of two is now a chord in the ultimate music.”


Places and times of embarkation provide reminders of our paths, of our ways and distances already covered. As we begin to clearly sense the verge of discovery, an awareness of the sum of our being emerges. In newness, historic roots are revealed. Even modest and unknown lives find profound significance, when viewed in the context of pilgrimage. Yes, even small steps through fleeting sojourns can represent forward progress and meaning to influence a lifetime. 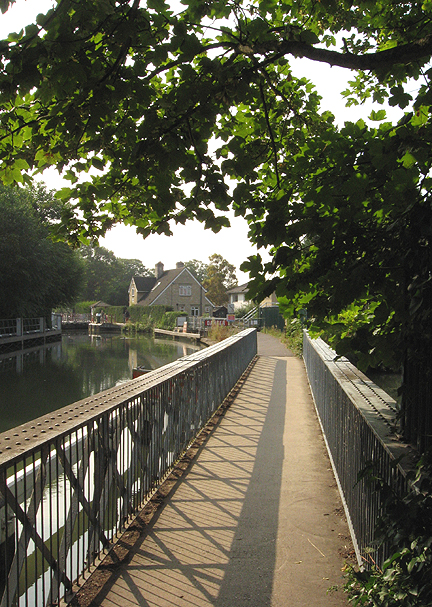 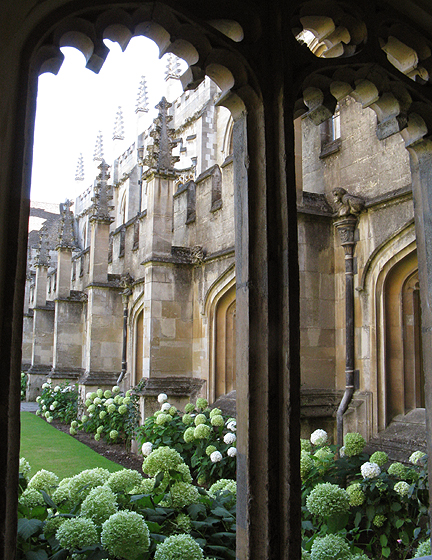 My father likes to recount how his father, long before I was born, would describe his adventures as he immigrated across Europe and the Atlantic to New York. He built a great career as a portrait photographer, beginning simply and from scratch as a photo retoucher. I’ve been told that he’d say, “I made a living with a pencil,” referring to the essential retouching implement used for brightening negatives. Many years later, my grandmother found about a dozen of his retouching pencils and gave them to me when I went to art college. One of them was in my shirt pocket when I arrived at the University of Oxford this past August to finalize my registration to study there. Having applied this past winter to be a research fellow, I reported to the Clarendon building in my role as Scholar-in-Residence. The writing samples accompanying my fellowship application were drawn from La Vie Graphite. A life brought forward by a pencil. 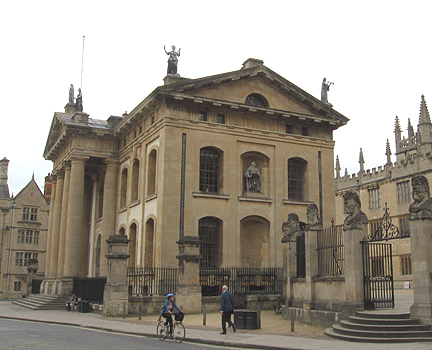 Above: The Clarendon Building, University of Oxford, England.
Below: Research in the Bodleian Library, using one of my grandfather's pencils. 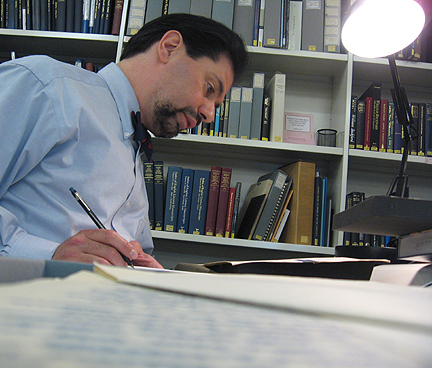 Clarendon, on Broad Street, is at the northern end of a double quadrangle at the core of the ancient Bodleian Library buildings. Throughout the month after arriving in Oxford, my steps threaded the stone arches of these quads, along with countless lanes, courtyards, and passages. This great opportunity, sponsored by the C.S. Lewis Foundation, permitted me to study the manuscripts of Lewis, and to live in his home, The Kilns. With my identification card, all of the many and varied reading rooms throughout the Bodelian Library’s system became available to me. These are the vast and deep resources (the tunneling Gladstone Link, beneath Radcliffe Square has two underground levels) that serve the entire University of Oxford. In addition to my programme of study with the Lewis archives, there was plenty of time to research and read portions of other collections of personal interest, such as in the Philosophy and Theology Faculties Library. Each search produces adventure. Indeed, there was also time to observe and write. There are many stories. 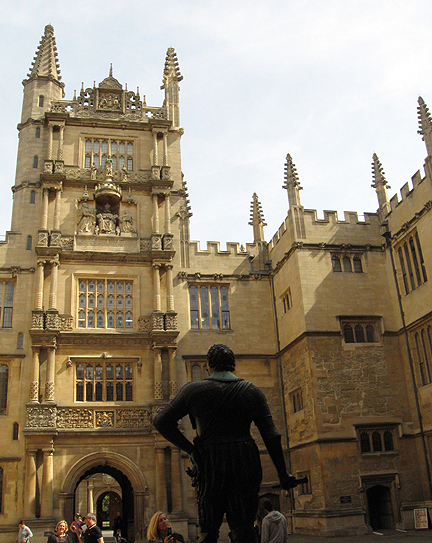 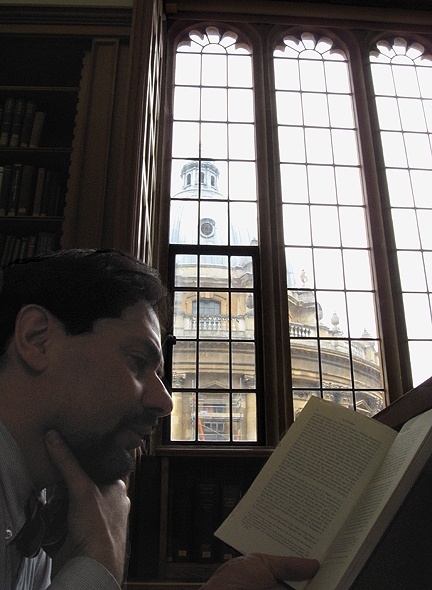 My journal was always close by (pencils only, in Special Collections, as well as in the hallowed Duke Humfrey’s Library). On occasion, looking up from tomes, handwritten documents, or even from a table of tea and scones, the idea of place and time came to mind. Pilgrimage sees the individual aperch on a wooden pier in Maine, as well as in a storied medieval library- and back again. Similar to my grandfather’s mechanical pencil, the soul becomes witness to many places and times. Looking up at wave upon wave of shelved books, interspersed by vaulting latticed windows, the significance and wonder of place and time began to appear unified with the continuum of pursuit. Strolling, visiting, and dining in the city of Oxford, meeting new friends, and returning home to The Kilns every day brought together the pursuits of inspiration, knowledge, and improvement. And needed respite. 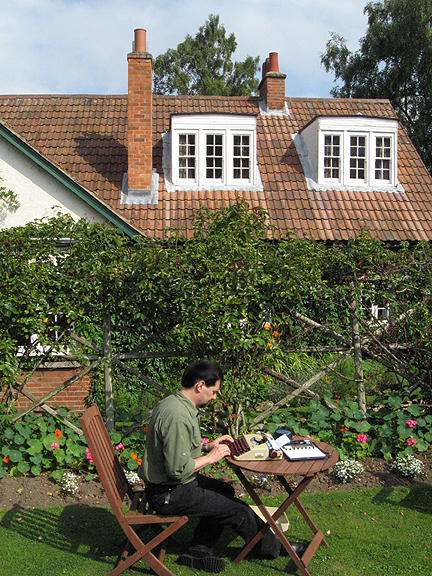 Remembering the cycles of creation as advancing and returning, spreading and recollecting- or as Eriugena described in the Periphyseon: division and resolution- the many facets of these travels are more clearly seen in retrospect. There are numerous photographs and notes to add to my digestion of my sojourn in Oxford, followed by a return journey to Wales. True to any pilgrimage, these experiences and impressions have surely had their effects, though in time I will be able to delineate them. For the time being, I’ve resumed the place and time I’d interrupted so that I could inhabit other places and times, and the present is now something entirely different. 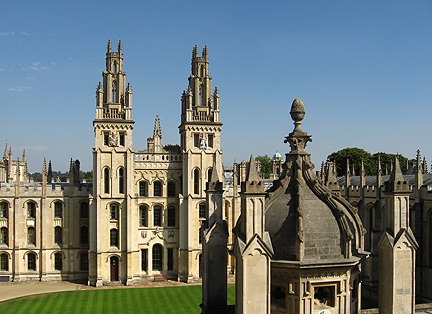 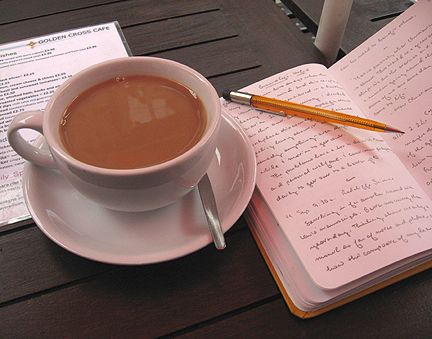 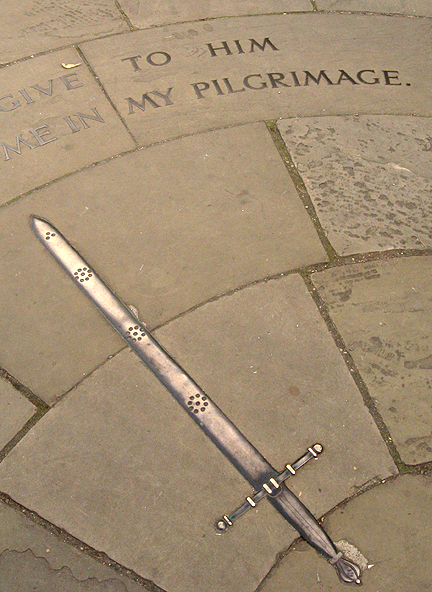 Posted by speculator at 9:52 PM

How wonderful!!! Congrats!! I figured by the length of time since your last post you were up to something. Thanks for sharing, I would like to read more about it.

What a great opportunity. I was in London this July but did not have a chance to make it to Oxford, and little time for quiet contemplation in general. Congratulations.