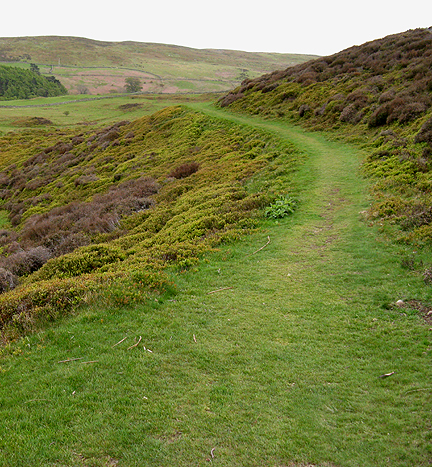 In the transition before travelling from north to south Wales, I allocated time to explore an ancient pilgrims’ trail. The North Wales Pilgrims Way (also known as Taith Pererin Gogledd Cymru) traverses the northern coast, from the Lleyn peninsula to Holywell. I was able to walk portions between Caernarfon and Penmaenmawr, following paths that include mountains, pastures, ancient cathedrals, and castles. It had occurred to me that even before setting foot upon the slate paths of Snowdonia, I had already made a lengthy pilgrimage to reach these places. More broadly speaking than a travel to a travel, the vast pilgrimage surely includes the lines I write at this very moment. 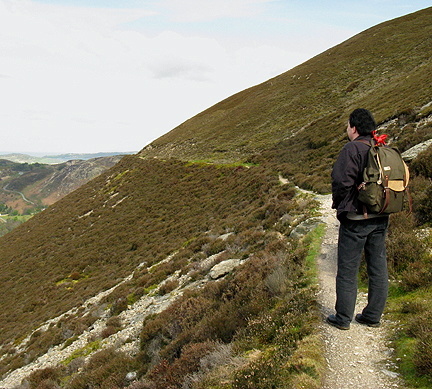 A soul’s spectrum of adventures are drawn together as one person’s continuing experience. Spiritual travellers journey within, as well as across physical distances of any duration whether across an ocean or across a street. Even the subtlest turns on our paths, or sounds in our audible range, can change our perspectives. Becoming attuned to the sources of our very being intensifies a constant longing for the way. Like the ancient Psalmist, pondering inspiration day and night, the pilgrim’s ear is sensitized to the Divine. All things visible endure but for a season, temporal and provisional. As the Celtic saints that walked pilgrim roads, followed by countless souls as myself, the most ancient of the Hebrew saints were described by Saint Paul as faithfully longing for the heavenly country that awaited them. Of such longings, C.S. Lewis interpreted the pilgrim’s inner discord as “our lifelong nostalgia,” our thirst to be reunited with the place of profoundest inclusion, and that it “is no mere neurotic fancy, but the truest index of our real situation.” An acute awareness of spiritual wanderlust is a reminder of my very portable life. 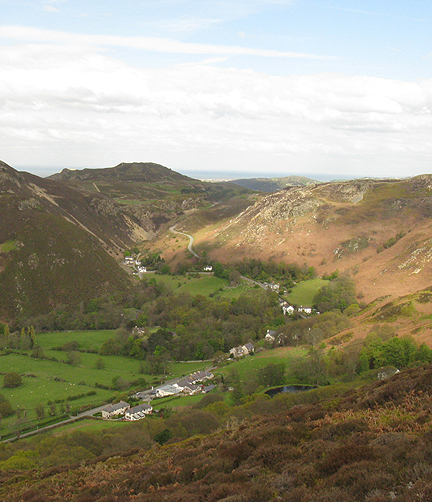 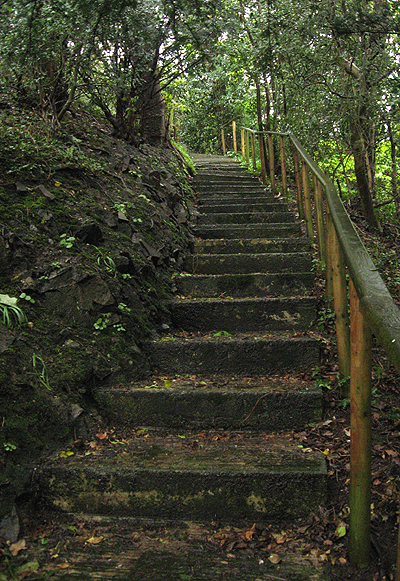 Trails and roads known by the name pilgrims way exist throughout the world. In mediaeval times, three pilgrimages to Bardsey Island- off the westernmost shore of the Lleyn peninsula- was considered as efficacious as a journey to Rome. Such pathways lead to and through extraordinary sites long considered holy for the graves and places of worship they encompass. The Taith Pererin (rhymes with “blythe aware in”) in North Wales comprises old Roman roads, mountain lanes, wells, monasteries, Bangor Cathedral, and Caernarfon Castle. 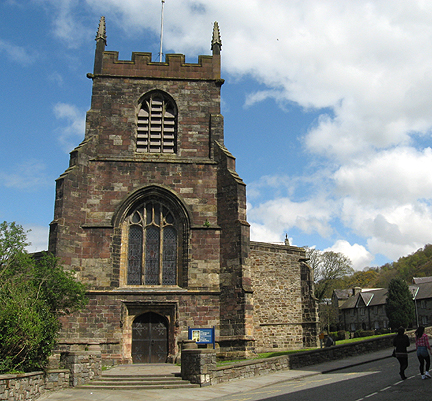 Above: Bangor Cathedral; Below: Caernarfon Castle. 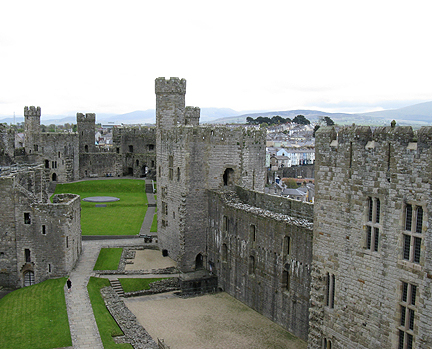 Unlike other trails I’ve hiked, such as Vermont’s Long Trail, or the Appalachian Trail in northern New England, these Pilgrims Ways connect towns and various structures. Even the loneliest looking mountain trails are never far from villages with houses, people, and hot tea. The terrain is vastly beautiful yet intimate, though quite different from the Maine and Vermont wilderness. That means one can hike many of the Welsh trails in regular street attire and shoes. Pausing along the trail at the steps of Bangor Cathedral was, for me, a merging of my steps with those of Saint Deiniol in the early 6th century, and my mother’s in the mid-20th century. Our own steps are rooted far beneath and beyond what we can see. 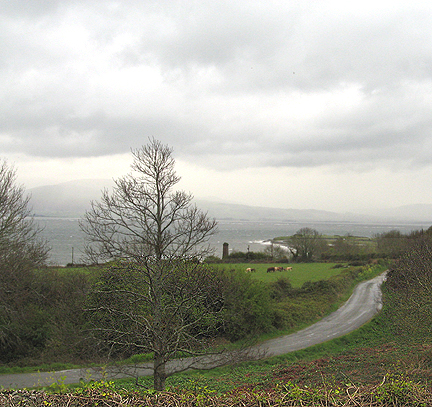 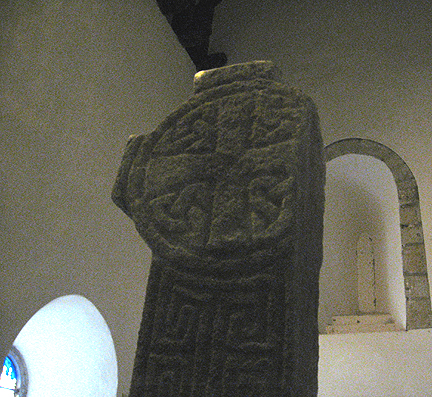 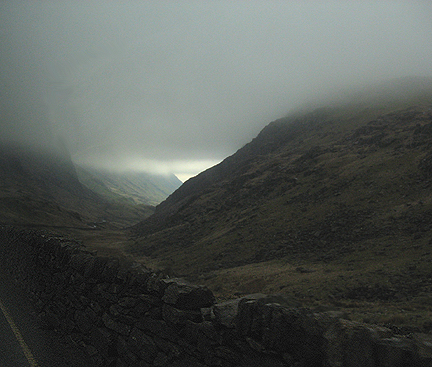 Following the ancient Roman roads and navigating the pinched mountain trails are among my favorite highlights from the Pilgrims Way. Inland views revealed layers of valleys far into the distance, and coastal views opened to seaward horizons. Along the road, I could simply absorb the sights around my steps. It was all at once new and captivating, yet familiarly parallel to Maine’s coastal landscape. Discoveries presented themselves to me at every turn in the winding, steep, and narrow pathways. Without reminder or effort, each stride became a treasure. Every step upon slate shard, mudded pasture, and sand faced up to the heavens and through my thoughts as gifts to be committed to memory. Amazed to find this "chair and table" perch in the woods of Penmaenmawr, albeit on a very rainy day, I returned a few days later to enjoy the place in sunshine and with typewriter. The Irish Sea is in the distance. 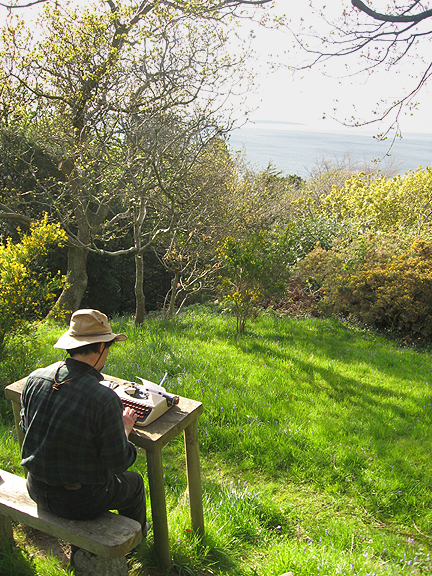 Many years of working and waiting for the time I could plant my feet upon this extraordinary terrain hadn’t a shred of letdown. In fact, this far surpassed my expectation. Though I’ve climbed steep grades and mountains before, I’d forgotten about how arduous descending can be, and how the downward trails challenge as much as forward-leaning ascents. But the changing terrain could not upstage the sweeping expanse. 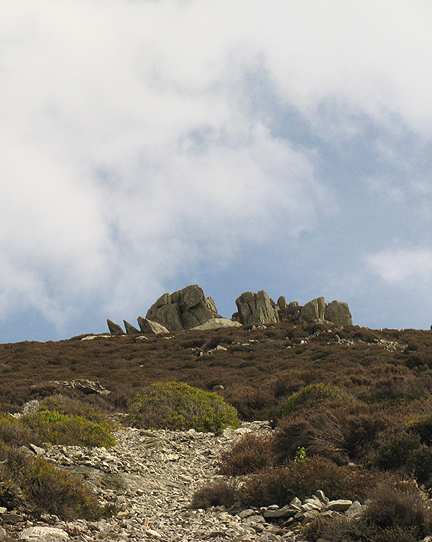 Canopied only by skies, far away from closed-in spaces, my thoughts about God became more appropriately divine. Somehow, beyond my comprehension, my paths were known long before I breathed my first air. The change of perspective became a change in perception. Grandeur can be made woefully small, when the narrowing drudgeries funnel into still narrower portholes. Taking to the trails, especially as they ascended into Snowdonia, broadened the elevation of my vision into healthful panoramas. 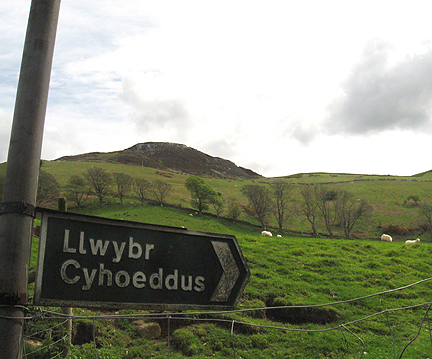 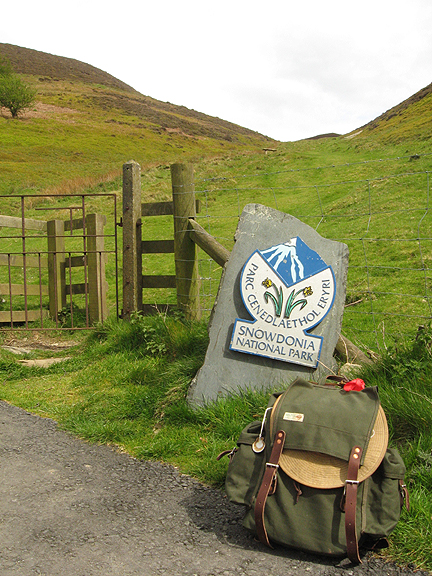 The Allagash backpack, beautifully made for me in Maine,
travelled on the pilgrimage to Wales.

Days filled with walking travels, exploration, and overflowing scenery concluded with an appetite for victuals as well as for reflection and writing. Hunger blended with a pleasant weariness amounts to a sort of wholesome fatigue which adds savor to supper. In addition, with Wales’ northerly latitude, evening light extends far enough to be able to write outdoors into the night hours. It’s easy to find the energy, somehow, to extend the day with the range of available light. When it was finally time to close the days filled with aromatic sun and rain, sorefooted miles, colors, and ideas, images of green hills and low clouds would visit my rest. And the pilgrimage continues, over distances and by spirit. 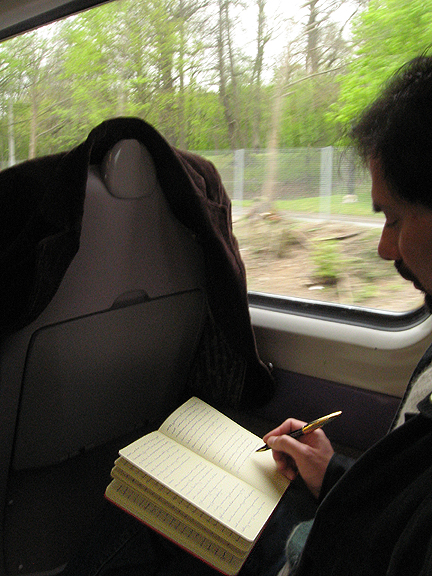 Aboard the train heading to Swansea.
Above: A pilgrim's progress in 2012;
Below: The Pilgrim's Progress, in 1678. 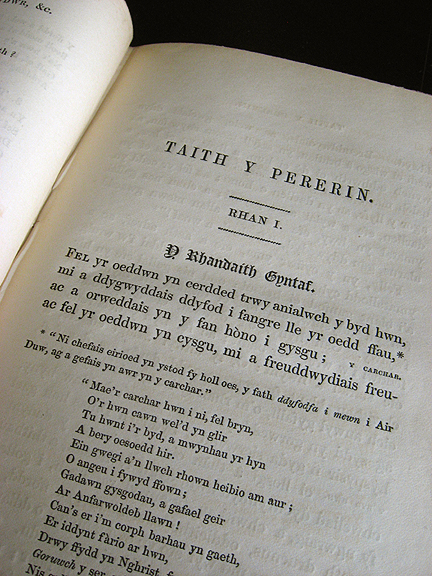 Posted by speculator at 6:50 PM

Thanks again for your writings and images.

Beautiful photos! Your posts on Wales is making me want to visit Wales before Germany. Both are places I always wanted to visit, but I have yet to leave the USA.

Thanks so much ( Diolch yn fawr)
Joe: I set up all the photos (and my photographic hero is the cinema director François Truffaut).
Bill: Wales is a very inspiring place, with wonderfully hospitable people. More essays are coming- about travels in south Wales.

Wonderful, moody landscapes. Thanks for sharing them.

What pastoral scenes! It appears that there is quite a bit of traffic on those trails. I am curious to know if you met anyone during the course of your hikes?

Great post, wonderful photos, Thanks for sharing them with us!

Remember, fellows, there are words between the photographs!

And- yes, the trails are quite well-used, but never crowded. Plenty of solitude.

What beautiful places. Thank you for this post. The little table and bench were waiting for you.