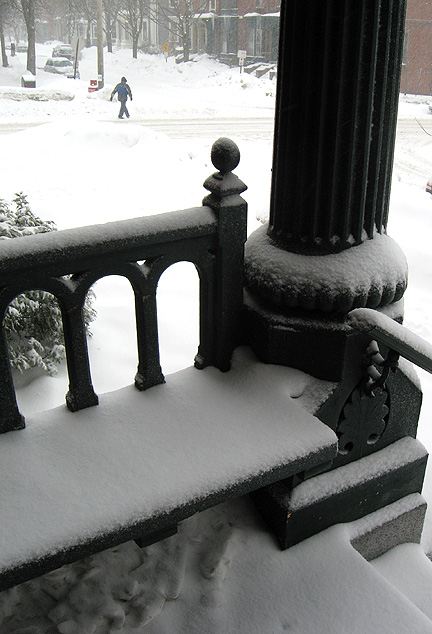 “Always the same underdog stance
under the same happy-sad sky,
eternally crying. Am I still shy?

~ The Innocence Mission, Beginning the World


Only in the last couple of days I’ve resumed journaling, after more than a week’s hiatus. A week without assembling words is in itself indicative of a disruption of life’s pace. But with the resumption of narrative is a persistent questioning of the meaning of progress. What are the determinants of the soul’s advancement?

The mystery of real progress is akin to that of time. Mile markers along roads indicate linear distances, yet it is common in many lives to repeatedly pass by the same signs. Even with experiences of bicycle marathons and pool-swimming laps, I wonder if there’s been any tangible progress in the grand scale of my continuum. Or enough. Such pre-occupations become off-putting to me, and I’d prefer to deflect them. The big world is rife with human hardships, revealing an absurdity to worries about the small spaces beneath my feet. They are fleeting, and recognizable by their contexts and connotations. Trying to define self and success is, alas, unavoidable. And if thoughts are to be documented- albeit in passing- even the expressions of obscurity have their places, especially before a re-launch.

Momentum. A fair share of days seem to begin by just showing up. In an effortless perpetual motion, my multitasking flows among objectives, interactions, connecting points of due dates, and even the unscheduled interruptions. Tasks can even be accomplished while other projects are being done. In the broader sense, work demands can weave between reflection, leisure, memory, and aspiration. One motion feeds another. Knowledge from one school or job adds to the sum and solution of an application in another. Sometimes things actually work this way, as though decades of rollers and gears have effortlessly and purposefully joined. 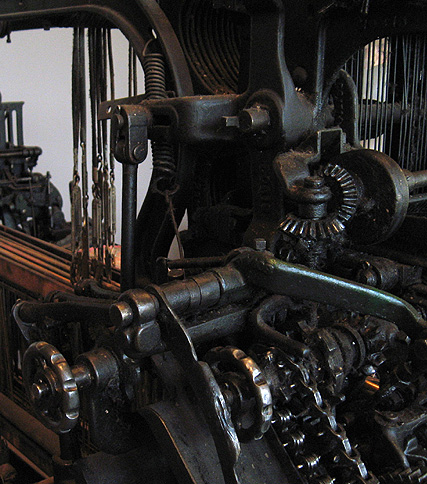 Inertia. Stubborn weeds among the fruitful time periods are those spells of overcoming resistance. Moving out of inactivity (or too much of the same activity) seems to require rebuilding. It’s as though the world must be recommenced from its foundations. A few dependable systems falter, or perhaps become obsolete, and suddenly all seems thrown backwards. A “system” may be mechanical, or internal, or ethereal. And the breach can be mild and unapparent, or overt and stagnating. Stagnation can be so profound that energy must be consumed just to be able to stand- let alone imagining a sustained posture. Navigating through and out of inertia puts the soul in an unusual sensitivity that takes nothing for granted. Through the dark night comes a surrendering of unproductive drives for control, despite the unknowing. While sensing what appears a very fine thread holding everything together, there is a parallel challenge that this may be an effect of impaired perspective. Though it is easy to admit to knowing very little, it is equally difficult to be convinced that nothing essential is lacking. Wondering about being “behind in the game” only invites defeatism. Especially in these times. Inertia and resistance can be overcome with a beginning as basic as counting the blessings of what is good. 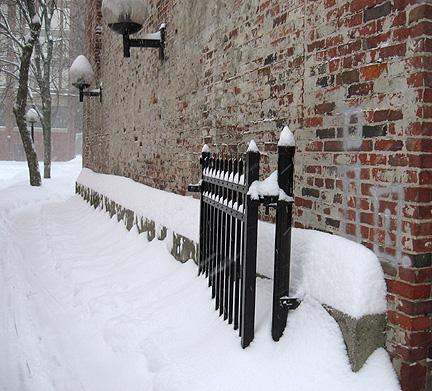 A recommencement can retrace the remembrance of momentum. Chroniclers can retrieve journals written in brighter days and revisit the old fighting form that made reaching these shores possible. In yet more adventures of trust, my thoughts must repeat as often as necessary that the unseen Holy Spirit will always hold my footsteps firm. Looking forward through unknowing and material uncertainty is an act of faith. Holding to it is a continuous exercise of trust. There is one direction to go, and that is forward. In so doing, that tension must give way to savored paces that reclaim the airspaces connecting being with environment.

Only a few days ago, I exercised a decision I did not fully realize I had. Hurtled forward by salesmen and financial experts, I very nearly bought a house that I didn’t really like- and could barely afford. Indeed, habitations can be investments, but they must also be worthy places to live. Though a valuable learning experience, the whole episode was one of helpless despair. It began to resemble a perilous conveyor belt rolling my misgivings to a distribution dock of no return (and no savings). In the faces of financiers, I followed the forceful intuition I almost suppressed. If I can possibly help it, faith in the future will trump fear and fatalism. I stopped a process that began in trepidation and the ensuing peace has been palpable.

In my gratitude, few things are taken for granted. Something has indeed changed, and by continuing on I’ll find out. I paid the building inspector, adding a thank-you letter (written on my cursive typewriter), and will pay February’s rent with a relished relief. As I came to see it, all those I met in the process were fine souls. It is in weakness that strength is discovered. I ponder the immortality that happenstance causes me to brush against. It is the heart of God that connects all of us. With this surprise of the freedom already possessed, I happily donated to a few charitable causes. The ability to give is in itself a gift presented to me. I know my steps are guided- even to a threshold of my own some day. But for now I will have to “begin the world” to some extent, though it needn’t be more than simply reconnecting to all I love best. 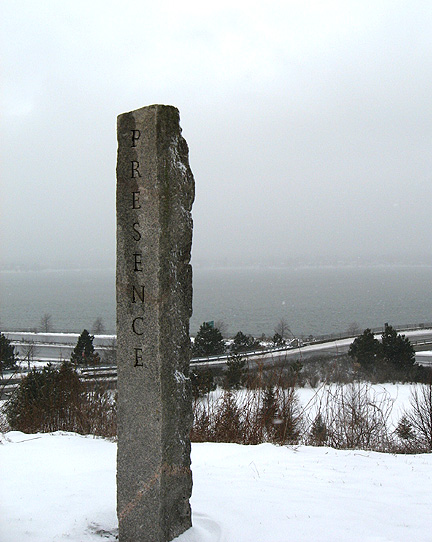 Posted by speculator at 7:41 PM

so glad things worked out for the best, and that your intuition took you on the right path! -C

If only more often we listened to our intuition instead of letting momentum drive us into decision making.