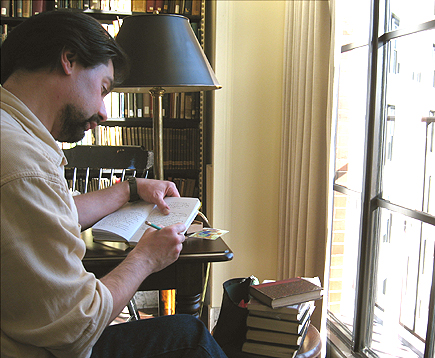 “the word is very near you;
it is in your mouth and on your heart
so you may apply it.”

A significant part of my work involves what the archival profession calls description. It would not suffice to simply transcribe the obvious contents of documents. The work of analytical interpretation implies connecting the materials to their respective contexts. Rather than to settle for the discreet artifact, vital points of reference are to be found amidst the palpable yet invisible space around the artifact. In doing this, even for some of the driest of records, I do note my gratitude for the prominence of words themselves in my days. Pleasurable as it is, the work is intense, and is enmeshed among scattered duties, deadlines, and a busier bigger picture. Having negotiated a rare day off, there are now enough moments to string together here at the Boston Athenaeum library. Paradoxically, overwork simultaneously generates both fatigue and wakefulness. And it is the restlessness that reminds me of the cravings of the spirit. 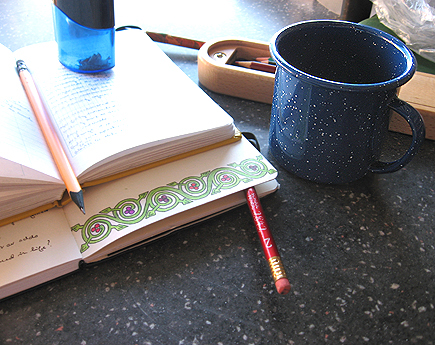 During a particularly sleepless night this week, it became very difficult to settle all the racing thoughts. Even my prayers wound up into circles. Then, unexpectedly, I noticed my repose as two simple and soothing words smoothly wove through the discarded clamor:
So Near.

With a life of producing and consuming words and images, thoughts often take shape in typographic forms. It was as though I entered into the already existent words, upon their recognition, and so near became a prayer for consolation and of gratitude. The restlessness calmed, the assurance of a safe harbor, and the reminder of a future. An unusual, yet perfect lullaby.

The next day, thinking about this brought to mind the anonymously authored Cloud of Unknowing. The writer’s own prayers were often nearly wordless, or as the 14th century text translates, “the fewer words the better.” Further, still, “the efficacy of one little word surging up from the depths of one’s spirit, is the expression of one’s entire being.” With very little, perception becomes easier. The so near puts all else that distracts quite far away.

But these are more than mere words. Though indeed, to write of the inner life does mean ascribing limited, finitely-articulated thoughts to the scarcely describable. Yet I do so, and am gladly undaunted. The so near that dispelled my troubled thoughts, the Holy Spirit, was called paraclete by the ancients. Translated, this refers to “the advocate that stands at one’s side.” When the noisome clutter clears away, the Divine spirit is noticeable as the soul of my own heart. As near as the words I am barely thinking of praying. As my thoughts gather into the So Near, the consolation exceeds years of pains of rejection- and even the struggles of career striving.

I’d imagine this knowledge to be enough, with plenty of assuring reserves. Yes and no. Another paradox. (Only references to manna are archival, not the manna itself.) Perhaps it’s more like an increasingly effortless vigilance. Sure, there will be more restlessness, but that attests to a form of thirst which draws me to reach forward. And answers arrive. 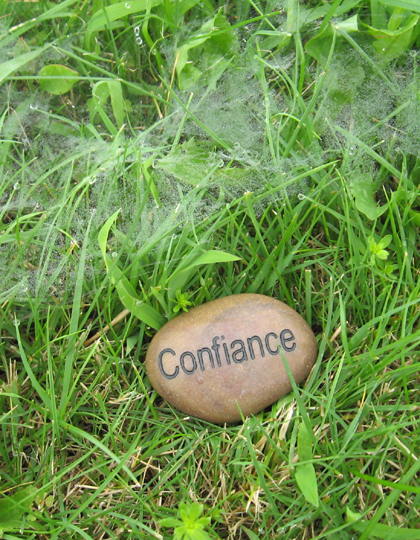 The beginnings of a soul’s spiritual thirst involve pondering a mystery without beginnings. It is amazing to imagine an innate yearning for the sources of trust. The invitation is not initiated by me, rather my thirst is to respond. At times, the response seems involuntary. Directing away from anxiousness, uncertainties, and recollections of losses, is a motion in favor of strength. The drive is for enough cultivation of the spirit to continue on constructive paths, through both present and future days.

In my continuing experience, I find the essence of the Spirit is in its very pull. This draw toward the source of life occurs quite spontaneously. Especially in silence. It is for me to simply reach back. This mysterious pull reminds, signals, and calls forth, causing me to give thanks for the rootedness that is somehow already within. In recollection, I imagine how my steps have been punctuated with experiences of holiness. Whether great or small, all significant. What comes to mind are the superimposed impressions of grace upon my trails. As with photographic imagery, corresponding imprints are made as light compensates for darkness. The greatest amounts of silver are collected where the contacted negative has been the most transparent.

This week, the unexpected gift came in the form of reminders of the so near; as I described to a friend, le tout-proche. And to meditate upon the meanings of these words, in this context, is consoling through the day. Comfort in the thought of having always had a witness to my being- even in its most perceived ignominy. Amidst my unknowing, the knowing consoler emerges with nuanced and glimmering remembrances of my very origins. Something I do know is to ever turn toward the source, confiding and trusting- without which the incompleteness would be unbearable. Yes, as much in the silence as upon my ocean ledges at home, or this morning’s rapid swarm of Boston traffic during which I heard myself add my own litany of so near to the morning’s psalmody. 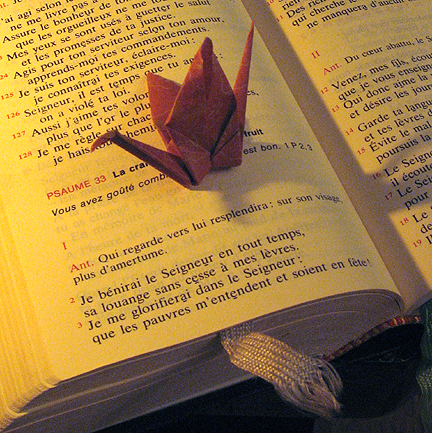 Posted by speculator at 8:43 PM

I had just a minute to skim over this last night before my son nagged me off the computer. But your prayer, "so near" remained with me all night. What a simple, comforting reminder of God's love and the Holy Spirits ever-watchful presence!

This was a most wonderful lectio divina prayer for me. Thank you so much for your always inspirational words!

As did I spec. Always great words of wisdom.

Yet another beautiful post! That last photo tickles me. The Divine Office in French, correct?

I've off and on (most off) prayed from the shorter office (a single book that says Christian Prayer: Liturgy of the Hours in English) with my family and people from my parish back in Vermont, and I actually just received a new copy today after several years away. I remember how often the words would seem specially chosen for me, even within the cycle of readings--that's the Holy Spirit for ya! And even on days when it was hard to pray, just letting the words wash over you, hearing the rhythms and sounds and searching for meaning...it was comfort and strength. I'm very much looking forward to diving in again, even as the multi-ribbon bookmark intimidates me!

Your reflection inspires me to study more.

Your profession sounds fascinating. Perhaps more photography or thoughts about it?

-And I'll probably try another
:-)