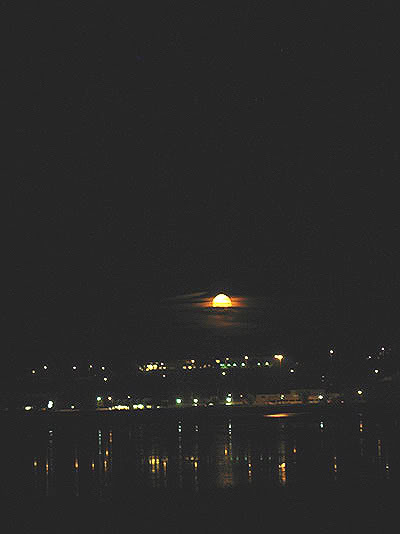 “Look up and see
the vast and endless sky;
Who knows how far and wide
the stars intensely shine...”

~ The Monks of Weston Priory, Peace to You

So often, calm and chaos seem to alternate in rotation. Hardly able to breathe in the catharsis of a traveling teaching project, it became necessary to spend a long weekend producing an exhaustive report on a sudden deadline. Midway through the process, I became annoyingly conscious of the observation that too many elements in my days had become matters and projects of very compressed proximity. The computer screen seemed to symbolize how a task that is here this week and forgotten tomorrow can take up so much space as to obscure my field of vision. It occurred to me that many sides of my daily life had lent themselves to the defaulted confines of a closed-in space or some sundry chore. Too constraining for a soul, ever invited to soar heavenward, the sentiment resembling that of term-paper writing in April. Production was as challenging as conjuring up the level of focus needed to get it done. Then, during the process of the report’s completion, I took to walking to the windows and looking out, realizing the need to regain the knack of enthrallment over reluctantly obligatory topics. But on I wrote, researched, and wrote some more- until the whole thing accumulated something of a passion. Perhaps whether we’re making the case for some institutional matter, or offering words to the silent stirrings of the Holy Spirit, it still is written expression after all.


It is both immediate and easy to take what is superficially right in front of us, and consider it to be everything we have. Too often, all we set before ourselves is focused up to ten feet away, and thus resembling an uncalibrated lens we miss our depth-of-field. Indeed, renewal of vision can be literal and figurative. Varying angles of view can be a daily practice, manifesting in many forms. While I was in art school, I worked a third-shift night job in with a couple of guys- father and son- both named Tony. Anthony T. and Anthony A., referring to themselves as “Trouble and Aggravation.” They even dressed alike. The two Tonys preferred to work at night, so they could hike and explore on their afternoons. The elder Tony used to mutter profound nuggets of advice to me, in his endearingly laconic staccato. “Try to walk to work and back home as many different ways as you can,” he’d say, along with asides like, “I come to work every day to burn the meanness outta me.” His phrasing may have belied something about the value of strenuous work to his spirit. Variety in life surely adds to one’s collections of anecdotes, and that’s just one ephemeral source.


At last, I have reached the threshold of a very well-anticipated pilgrimage, and have achieved all the requisite clearances to freely take to the road. In that cycle of chaos and calm is catharsis, and somehow the energy to travel is with me- in just the right amount. Retreats do combine mysterious and new, with familiar and assuring. My route from coastal roads, to mountain passes, and to unpaved narrows, is always a journey that progresses from the tide-tossed surface and into the deepest heart of the soul’s forest. Along the way, there is always the notice of what is new and changed, driving through towns and alongside landmarks. Even the monastery, being a living community, will present some new additions of landscaping or the sorts of maintenance that can only be carried out in the mild weather months. Many familiar faces, and countless still to meet; the known and the new. But inevitably, no matter the time, it’s still the Priory, it’s still God, and it’s still me. Like the psalmist who used the illustration of nesting sparrows, my heart, too, has leapt ahead of my pilgrimage steps and is already in the highlands.


When I gradually transcend through an exhaustion with enough force to travel, it causes me to consider the true source of my strength. From whence comes our strength? And I mean the source, beyond temporal fixes like adrenaline and caffeine. How much of our forces of mind, heart, and muscle originate from us? Obviously there are ways to build physical strength and mental capacity, through what we ingest, how we exert, and through concepts we commit to memory and practice. But there is also the very real aspect of what we look toward, where we direct our focus. In the midst of a journey which hadn’t the slightest connotation of leisure, a multitude discovered their saving strength- far exceeding their most energetic protests- by simply looking at a symbol raised high that signified death vanquished*. “Looking at” a mystery so barely explicable may have been something more like a cross between a stupefying gaze and looking to the response to their profoundest fears and actual pains. In the nuanced ancient language, it was a looking up, as well, and in that certain radiance an innate awareness of the forces of creation and the very source of compassion. Further, in looking beyond ourselves, to the vastness that is also near, comes the reminder of the reliable strength working through us, which will get us there. 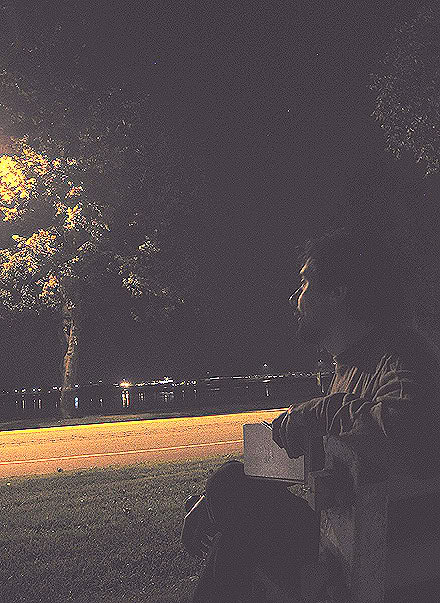 Posted by speculator at 4:20 PM