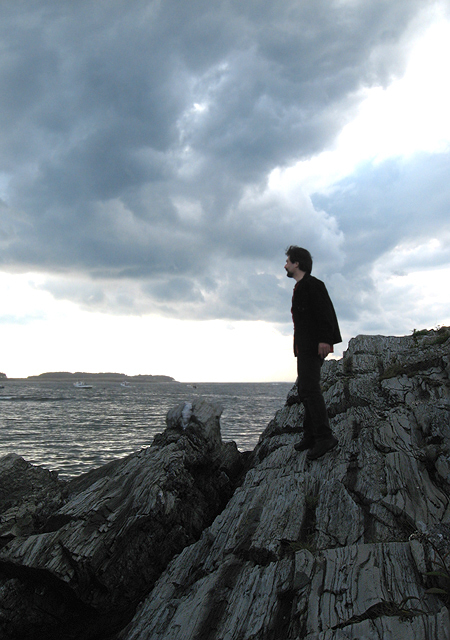 "I must down to the sea again,
to the lonely sea and the sky,
And all I ask is a tall ship and a star to steer her by,
And the wheel's kick and the wind's song
and the white sail's shaking,
And a gray mist on the sea's face
and a gray dawn breaking."


"Right at the depth of the human condition,
lies the longing for a presence,
the silent desire for a communion.
Let us never forget that this simple desire for God
is already the beginning of faith."

~ Brother Roger of Taizé, To the Sources of Trust.


Within so many of all ages is a persistent longing for one’s origins. We want to know what has brought us to this day, and about the mystery of the sources of our lives’ very depths. And still further, we desire to plumb the strata of what distinguishes the individual soul. There are the obvious landmarks: physical places we can locate and make travels to comprehend such as memorials and structures, and even places whose significance is marked only within a person’s heart. Memory can have immense power, enough to either prompt our lives to add more experience- and also to prevent a soul from looking away from what is past. Indeed, remembrance carries with it a double-edge. Still there often remains an ache to experientially know the very sources of encouragement and acceptance that can restore and enliven us. Since my early childhood I’ve known a profound wish to belong, or as a wise friend once described, "to be recognized." And in this sense, recognition is to express a rarified yet somehow effortless and unspoken familiarity for the one who belongs. A treasure for the recipient and a shared joy for those who extend the recognition of their hearts. Such inner communion is beautifully stated by my friends at Weston Priory; the monks write:

"The human heart is nourished with yearning for tomorrow, with poetry and
devotion, with contemplation and the incessant thought of home."


Another fascination from childhood has been connected to seeing and knowing about what was and is no longer: abandoned buildings and houses, changed neighborhoods, monuments signifying an event or person having stood at a given site, and indeed hearing a story about an occurrence when passing by a rather unassuming place. The succinct little anecdotes added to visual impressions would strongly take root as memories- even for an adolescent. And such imagery would spark numerous musings about how the city "used to be," and "what would it have been like if I had been there." Like detailed and pictorial postage stamps in an album, I seemed to collect little veritable, yet metaphorical, compass points in different communities, sites annotated by stories. Most of the places were shared with family, friends, and classmates- places in cities divided by the ocean. But being the living common denominator, my return to some of these places retold their significance. The captivating difference was that of time: then and now- and the witness of locale and living beings who can attest to transition.


In more recent years, my sense of the physical landmark has been superceded by the sites and markers carried deep within. It became a spiritual lifeline, to know my sources of strength and compassion, and to pursue a presence of mind to continually return to these wellsprings. As it is also for many, it was in crises that a spiritual sense of place and context began to tangibly emerge; and in these experiences it became impossible to hold on to places and situations. That which was then, but ceased to be now. Even the historic connotation of the word crisis implies a compression, a turning point, a distinction, bringing one to a drawing-together, to a re-gathering. And when a sense of rootedness- and even home- becomes elusive, the assurance of belonging becomes all the more vital. Overarching the despair of where home has been, to my surprise I find it in many places and circumstances. And I find, by abiding near in spirit to my heart’s wellspring. I can provide that for others. If present conditions recall desolation, then conversely I hope to let the scars remind me of grace.


As with home, source is a solid word which can hardly describe the depths of its reference, and to remain substantial it demands some specificity. Going to the source connotes where and how we find our basis, our ground. For me, it has meant faraway pilgrimages, or simple walks along the ocean, and it continues with humble silences spicing my weekdays when all I can do is draw a breath of reminder that I am part of the world around me. Consistent returns to the source have become forward steps, trust which manifests in action, and thus transcending fleeting emotions. Such knowledge, however, can only be intuitively sensed, and not rationalized. As Thomas à Kempis wrote, "I desire to feel compunction rather than to know the details of its definition." It is a knowing from within. The soul’s longing is founded in hope, even if it is an unarticulated aspiration. Still it is a hope that comes from a realization that the way ahead is open and replete with potential and pertinence. 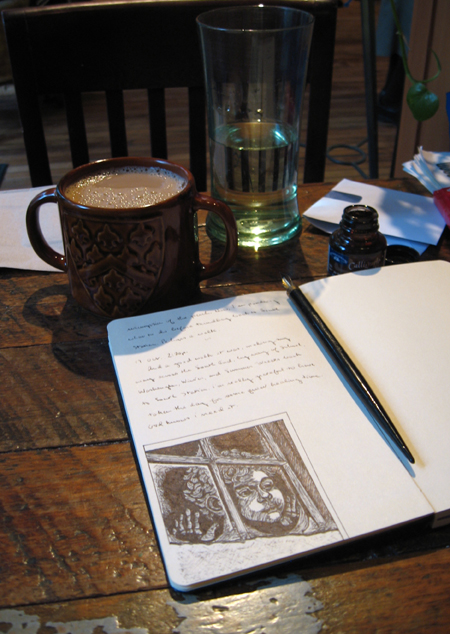 Inspiring and contemplative blog my friend. I enjoy reading it very much and these deep thoughts about life and God. I've added a link to it on my own blog (which is very new) but what a wonderful thing it is to do, this business of "blogging" . :) it is a great catalyst for creativity and expressing ideas indeed.