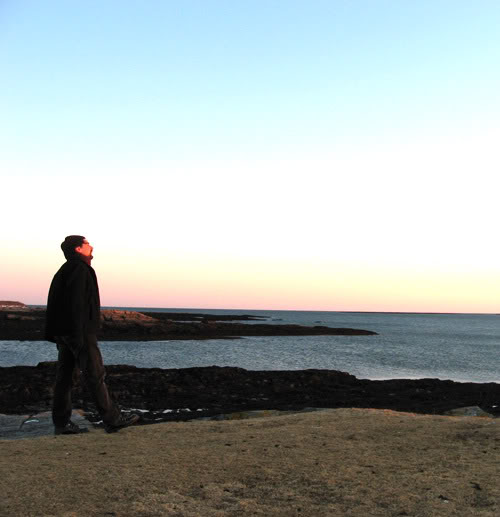 “Have you ever been to North Point
To spend your time and pray.
The prison walls so cold and dark and grey.

Then on a bright day at North Point
The gate was open wide.
Chancing to look at what was inside.

And then it all came back
Somewhere far above has a new day risen
Way beyond the searchlight
Comes alive.”

Though I have lived my life along the Atlantic, the sight of the ocean has always been a welcome refuge. At times, I will go to the water’s edge simply to look, to be near, to remember my point of reference in this vast world, and as the weather permits- to jump in. Sometimes during an intermission in the work day, there will be a pier upon which I can perch- even downtown. At other times to simply abide amongst the large and uneven crags and the sands that emerge from the sea-salted waves, is where I sense my consolation. Going to the sea is reassurance and solace, reminding me of the great incalculable and unbridled forces that are far beyond any of us, grander than any structure or squabble of the day’s details. All I have to do is show up. The ocean needs no help to be able to move; it is not borne upon any pair of undependable mortal shoulders. On the northern New England terrain, this is where one can see out to the horizon, and up to vast and endless skies.


Years back, my sister and I used to wade in from the beach sands and squint to try and see France on the other side. Of course we did not know that was impossible, but as little children we did know the Atlantic was the divide between our two countries. Or perhaps the ocean expanse is what connects the land masses. Our lights and shadows, our confidence and doubts, dwell within us at the same time. In the same sense, our isolation and our connection are at once before us. The ocean has helped me come to terms with desolation, as well as providing a powerful sense of belonging. It has been good for me to witness places so boundless yet intimate, ever-changing yet certain. A topographical end, with precipices of decision, however an immense beginning.


There is a dear and meaningful Jewish new year’s custom which entails casting breadcrumbs into a body of moving water. It cannot be ponds or lakes, but can be rivers or oceans. Tossing the breadcrumbs is a tangible action representing the rescinding of regrets and remorse, to be carried away with the forces of creation. To do this is to invite renewal. The ocean of light and rebirth supercedes the ocean of darkness. Newness of life is a new land, and such things can be called to recollection on the journey. I went to the water’s edge this evening. At first it was to distract myself from my thoughts, and later through the freezing winds it became an immense gratitude for the changes in my life. When anguish has been so pervasive an experience, there is a danger of it becoming an identity, and that must be prevented from happening. I cannot really tell whether it is visible to others, but suffering must never be an identity. It has been tossed upon the moving waters. 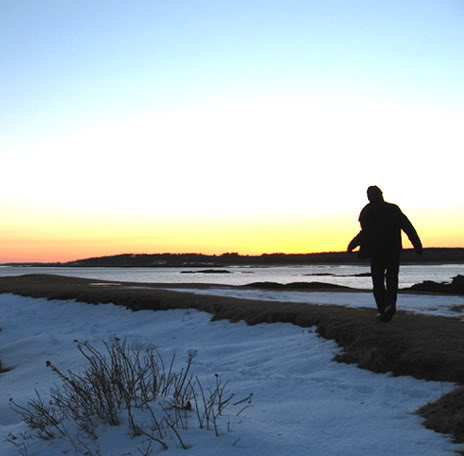 Posted by speculator at 3:08 PM

I agree. I think it is all too easy to see yourself as your problem, and I think if other people see it then it's not always a good thing...I love being near water; I find the sea very soothing and lonely in equal measure. Lovely pics!