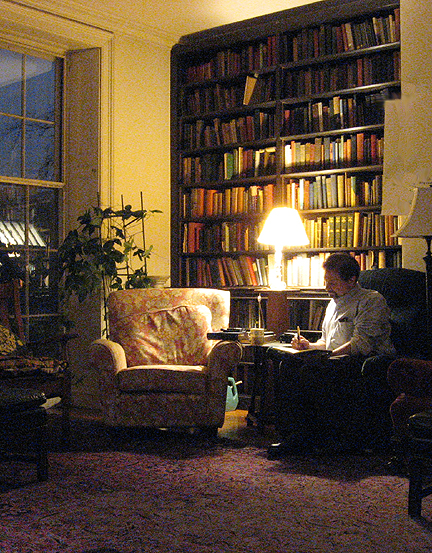 “Everyman, I will go with thee
and be thy guide,
In thy most need
to go by thy side.”

~ Knowledge, speaking to Everyman, The Summoning of Everyman.

My intention is not to write about disillusionment. There are more than enough reasons for discouragement, and so I will resist the temptation of enumeration. For the moment, it suffices to merely acknowledge adversity and the existence of troubled times. To hopelessness, I say to it that I can see it; I know where it lies, and I know how near to my boundaries such threats lurk and encamp. And I continue writing, pencils sharpened, aware of threats and vulnerabilities, along with the blessed mystery of open ends unknown. 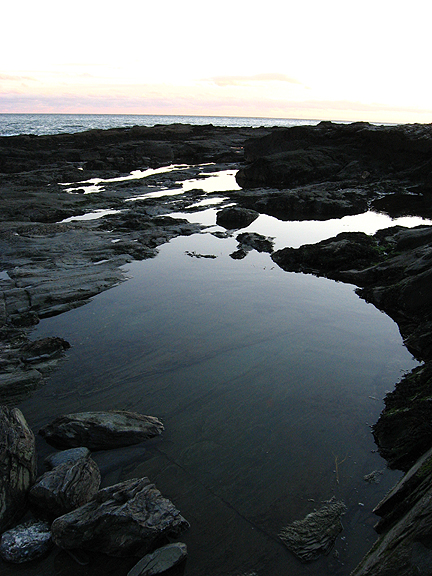 As well as being a steady companion, writing is at once historic witness of things past, and reminder of what is hopeful. The phrase, “the unobserved life is not worth living,” attributed to Socrates by Plato, is surely subverted by those who write of their lives. We may say the written life is one that is accompanied, and acknowledges that very accompaniment. Sojourning among mountaintops, valleys, and protracted stretches of surface, reflective writing does not waver in its importance. Persistence as an active observer through disillusionment finds a parallel with perseverance in belief. 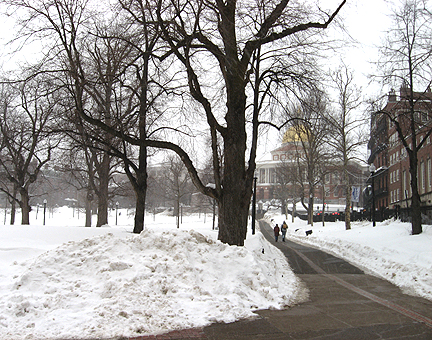 Over the years, I’ve seen many individuals define their identities by their adversities. Indeed, not one of us can avoid being shaped by that which affects us. Somehow just the other day, when a colleague talked about street crime, in passing I mentioned having been mugged four times in New York. In subtly embedded ways, such ingredients find light of day long into an unpredictable future. Relatively small grains of time potentially leave undiluted impressions. Assaults, confrontations, and betrayals span from youth through adulthood- all with a first-person narrating protagonist in common, all with the threat of disillusionment, all with some sort of incidental instruction. It seems I retain a foothold in the territory of childhood, as I continue to see and recall as I had many years ago. There remains an idealism that affirms a belief that productive work will lead to advancement, and that it is of greater consequence than cronyism, even when success does not materialize. 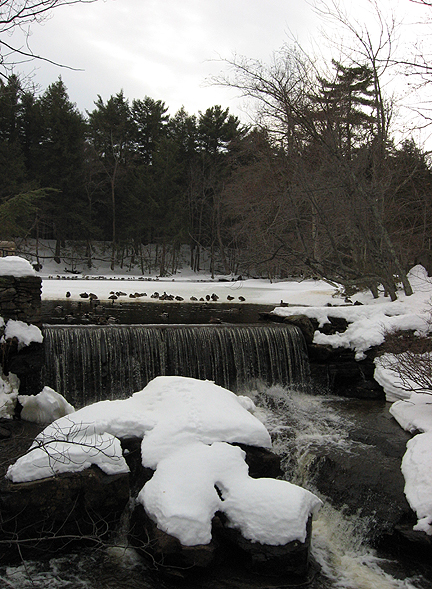 Writing proves to be a witnessing documentation, no matter the level of accomplishment in an individual’s life. Disappointments and fears have their places for acknowledgment, truthfully within our contexts. But not all points of reference serve well as focal points. A costlier pitfall than failure is that of cynicism. A rarified form of perseverance is an outlook that is free of bitterness. I would rather be identified by my aspirations than my defeats. To write honestly, both aspects deserve their place; it is for the journal writer to determine their emphases. 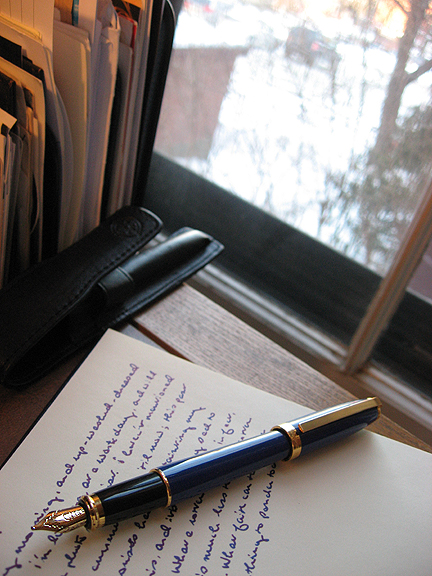 Through my years of studying medieval history and philosophy, I’ve long appreciated the Everyman quotation. Books printed by the publisher Everyman’s Library include the phrase on their front flyleaves. The source is a morality play, in which the characters are named after various traits- an aspect also found in such classics as Piers Ploughman and Pilgrim’s Progress. Everyman struggles with temptation, making an arduous pilgrimage of reckoning. He carries his “account book,” or ledger of his deeds. We might say he keeps a journal. Among those he meets along the way is his friend Knowledge, who pledges to be Everyman’s guide in this odyssey en route to eternity. 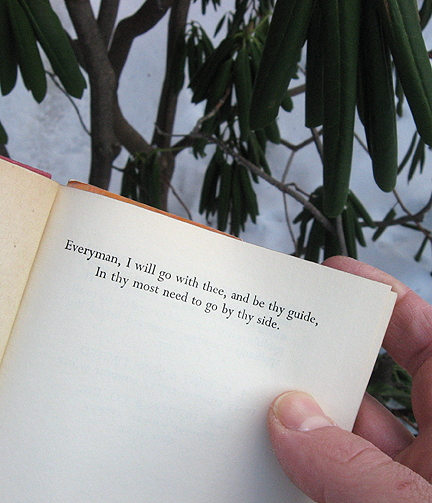 An underpinning for this blog is the perspective of an everyman. I’m an everyman, a writing soul that documents a pilgrimage of trust. In my blog photographs, I do not fully face the camera, and I use a pseudonym. The pilgrimage is the grand, overarching setting for an ordinary life. In spite of anonymity, there abides something unique even in an ordinary worker’s life. Common and fragile as a reed, as Pascal observed, yet no less than a thinking reed. A weathered, vulnerable plant that can distinguish significance, being, and articulation. An anyone that writes, insisting upon my own meaning, despite having been denied it at many points in my history. Thinking, or speculatively observing, along with writing, entwines as an unfolding testament to hope. Essentially, creativity is aspiration. 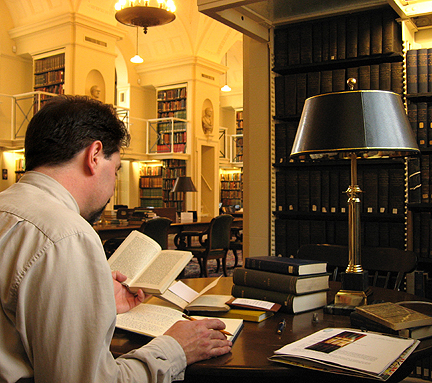 An everyman (or, an anyperson) that is demandingly individual. Do these terms conflict? The contrast may find its sole exception within the complexity of a human’s life. Though dust, and to dust shall we return, each sojourning soul has potential as a creative instrument. Temporal and eternal, the wavering reed and the rock of eternity, exist together. A humbled everyman, I am distinct enough to write my journeys. Journal-writing is an affirmative to living, a declaration of meaning- albeit held privately. But the pursuit must not be self-obsessed. I prefer to think of reflective writing as an interaction with my environment, a mode of communication that combines contemplative recollection and exploration. Writing gives place for acknowledgment of what my soul witnesses and experiences. With the freedom to contemplate and write honestly, even if just for my own eyes, I’m able to respond to any person, thing, or event- now, near, or far. 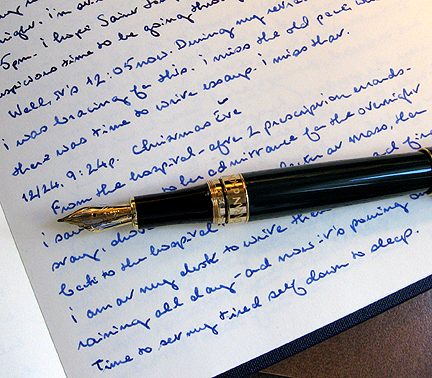 And indeed, with a medium such as the one through which you see these words posted, we have the fellowship of writers’ and readers’ crafts. That means writing, even journal-writing, allows me to participate and contribute in the direction of something larger. Part of this contribution is encouraging others to write their observations, and thus sharing the craft- from the documentation aspect to the arts of handwriting. Learning and observation must continue. These days, in between my work and caregiving responsibilities, I am writing to find some new goals. A life of short projects causes my ambitions to look too modest. Beyond my occasional “busman’s holidays” to Boston, fine as they are, there must be something grander. My hope is for this to materialize as I continue writing and reading, which thankfully happens without much effort. Let Knowledge go alongside this Everyman. 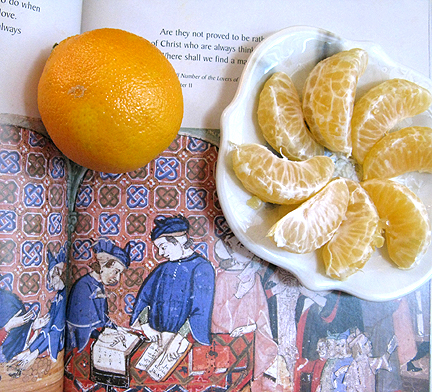 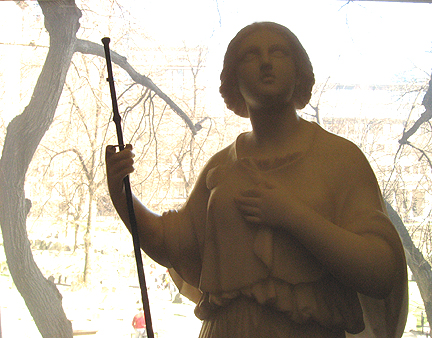 Posted by speculator at 6:39 PM

Your words I look forward to reading, though I don't offer you sufficient feedback in the form of comments often enough. Keepup the good work, fight the good fight.

"I would rather be identified by my aspirations than my defeats."

This is one of the most resounding lines I've read. This is the part of Nietzsche short of which most people stop. True, what doesn't kill one makes one stronger, but that's only in service to something greater and more life-seeking. I have to repeat how glad I am that your blog is back. :)

That quotation from Everyman instantly brought back my pleasant moments with volumes of Everyman's Library I would pick up at used bookstores in college.

Wishing you good fortune. Thanks for writing.

Just wanted to let you know that I look forward to, and enjoy all your posts. It is a special treat whenever you add something new.