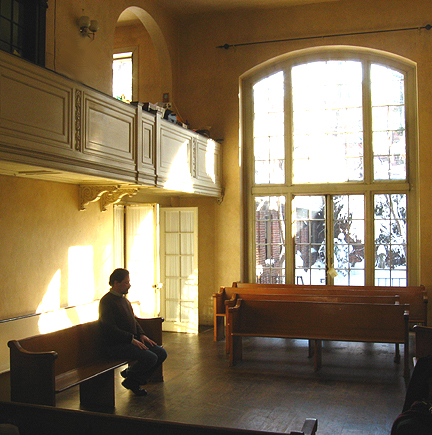 “There is another school
where the soul must go
to learn its best eternal lessons.
It is the school of silence.
‘Be still and know,’
said the psalmist,
and there is profound philosophy there,
of universal application.”

The simplest sojourns lend themselves to becoming intricate adventures, when moving with the moment. Amidst gift occasions of unstructured time, deepest learning can take root. My responses to the sudden possession of earned and rare leisure reverts me to reverent wonders of times past. Especially at school, though it has easily transferred to employment life. It is a childlike joy, even to old souls, to freely look up to unimpaired skies and mid-day colors outside the usual walls and fences. Undemanding unstructure is so unusual to many of us that the very context generates an inherent exhilaration. 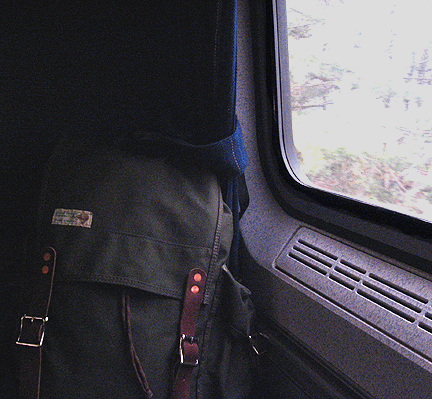 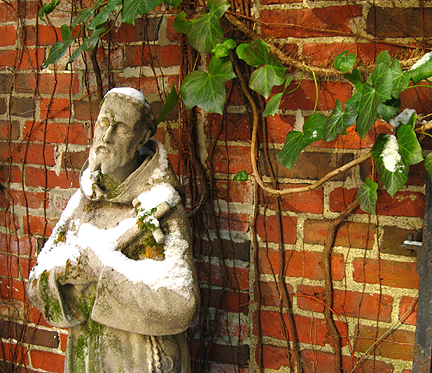 Open air and open-ended days are rare treasures for those who toil in the trenches from which remuneration must be drawn. The light and air of a late morning is for the exultation of the unconfined, and perhaps lives of constant work are best able to find and savor contrasts. Gazing up from labyrinthine constriction, horizons cannot intimidate. Promise, potential, and newness of life manifest mysteriously in the form of a clear slate. I’m reminded of this each and every time I’ve made an arrival at a place of retreat. Reaching a desired destination generates an incidental excitement, along with gratitude for the careful purpose of repose. During last week, I experienced a retreat that was warmly familiar yet ever new, an immersion into substantial silence at the center of a large city. Through seasonal frozen New England air, I arranged an intermission from my work and travelled to a week’s sojourn in Boston. My destinations and the winter ambience provided wise silences from which I found learning and consolation. 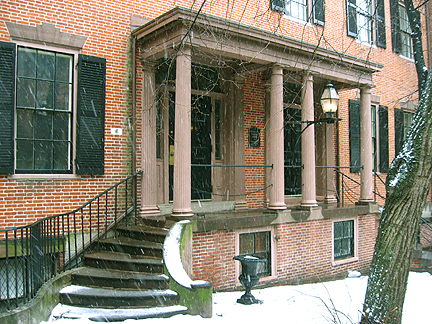 Beacon Hill Friends House
Above: Beginning of snowstorm;
Below: During snowstorm. 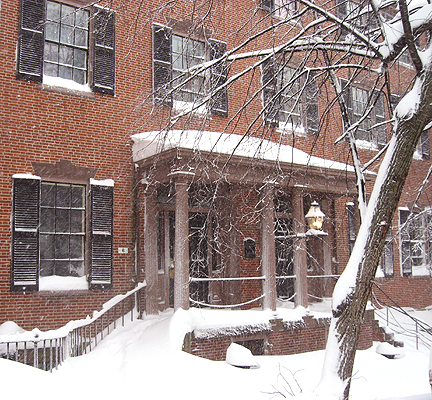 The waystations of my week of retreat, cozy as home, included my esteemed Boston Athenaeum for days of reading in their rare books room, lodging amidst the lively community life of the Beacon Hill Friends House- with its sacred spaces, mornings with the Divine Hours at the Church of the Advent, and all points in between on Beacon Hill. An unanticipated element came late in the week, with the arrival of a 28" snow blizzard. The elements did fit serendipitously well together, amounting to a composite of comparable settings of nourishing and needed quiet. Travelling by train during post-commuter hours, on the journey from Maine combined late-morning hush with astonishing sunlight- surely outside the realm of countless workdays. 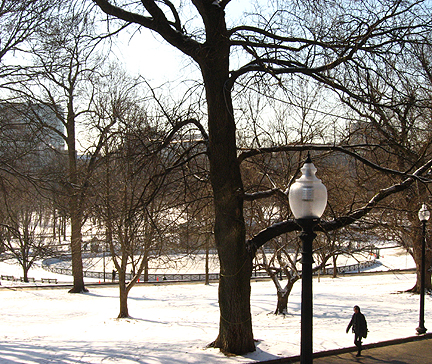 Alighting at North Station, my first stop was to settle in at the Friends House and deliver desserts I baked in gratitude for the always welcoming “Housies.” From there, I walked to the Athenaeum to deliver more desserts for the library staff. If I have any influence in this vast world, one thing I can surely do is to express my thankfulness. Having planned the travel well in advance, a shelf of ancient tomes awaited my arrival in the Special Collections reading room. With each of these reading retreats, anticipatory reviews of the Athenaeum’s catalogue allow me to create themes with diverse reading materials. During one retreat I read journals written by Quaker adventurers of the 1600s, and on another week’s sojourn I sought the fascinating literary colors of Richard Baxter. This time, I sought personal inspiration, choosing 16th and 17th century reading that emphasized perseverance, faith, and conscience. 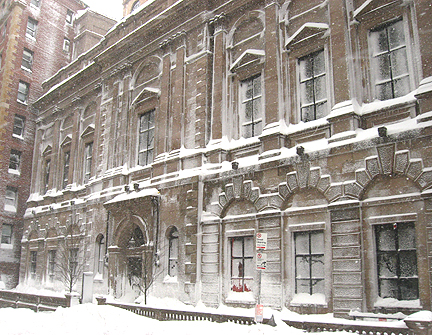 
Within the Athenaeum library, a sanctuary in itself, the rare books room is an inner sanctum available only during weekdays. In between acclimating to reading Elizabethan English on four hundred year old paper, I reminded myself to look around the high-ceilinged room. Beneath large oil paintings and skyward windows, a polished wooden table supported study lamps and cradled the folios open before me. Facing up to me from the great many pages I read were insights and exhortations from across the ages. John Preston’s words from the early 1600s reached my 21st century eyes, and I pencilled them verbatim into my notes:


“We have but a short time to live in this world, the strength of our mind is the most precious thing we have, the thoughts and affections that we have, the business, the activeness of our minds; we should be careful to improve them, we should be careful that none of this water run beside the mill. That is, that it be not bestowed upon things that are unworthy of it.” 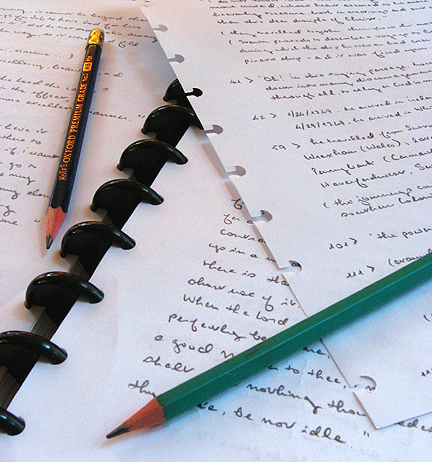 Above: My reading notes from the rare books room.
Below: Writing in the Friends House library, lit by snow. 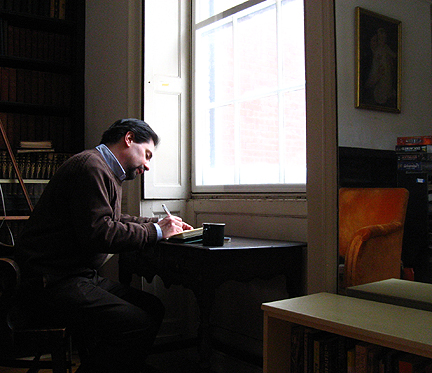 Only pencil and loose paper leaves are permitted in the rare books room. I even had to leave my binder outside the room, though now it has 22 new pages of notes and quotations from a week’s worth of reading 5 different books by as many different authors. My daytime hours were arranged around these studies, and as news of the impending blizzard solidified, I changed my reading sequence, and the Athenaeum reference staff very kindly adjusted their coverage of the rare books room to for me to maximize my time. By the time I could see snow billowing outside the large reading room windows, causing the library to cancel operations for the day- and the following days- I had completed my reading. The weather really did not disappoint any plans, but actually provided contemplative time after my intense studies. There was just enough time to visit a dear old friend, whose chaplaincy at Northeastern University includes The Sacred Space which provides healthful solitude and refuge for his community. The balance of my week’s time, under heavy snow, was open to visiting, writing, and walking. 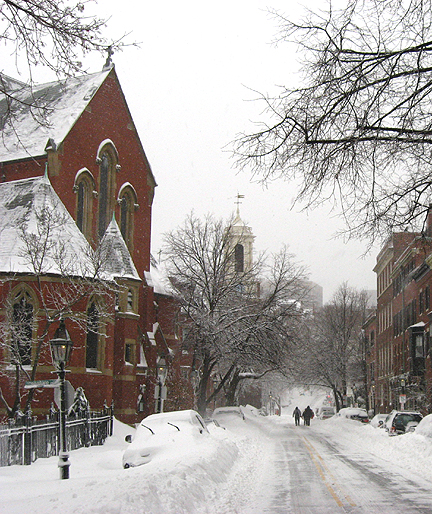 Church of the Advent, at left.

Two days of unrelenting snowfall silenced the large city, as well as the entirety of New England. I had the unusual benefit of being at the center of an arm’s-reach downtown neighborhood which did not experience outages, and at leisure. My daily attendance at the Church of the Advent’s morning vigil continued, thanks to the rector lending me his snow galoshes. The Friends House community itself was in a pleasant snowbound mode, making the best of things with potluck meals and rotating shoveling duties. Their large kitchen is very much a livingroom. Continuing as a pilgrim retreatant, I was able to enjoy the House’s own library, take photographing walks through snowfilled streets, and write during mid-day hours. Reviewing my Athenaeum notes, I noticed how often Preston would return to the Genesis 17 reference to “God is all-sufficient,” as though a sung refrain in his work, “The Saint’s Daily Exercise.” Francis Atterbury, also among my readings, emphasized “acquaint thy self with God,” over and again in “An Acquaintance with God the Best Support Under Afflictions.” My places of quiet contemplation varied, though qualitatively they were entirely consistent. 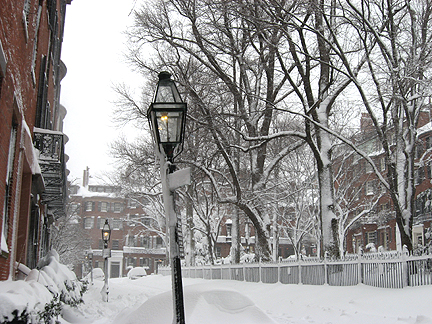 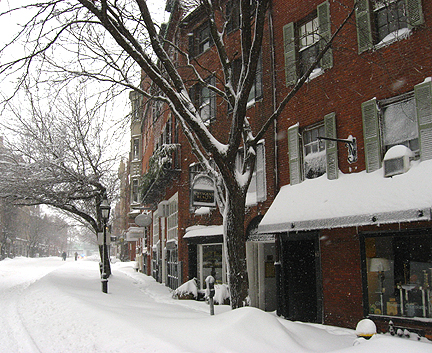 In his journal, which I studied at the Athenaeum, Daniel Stanton (an 18th century Quaker) described his travels through Colonial era New England. Indeed, I had to look up and enjoy my window views when I read his words from 250 years ago: “I was somewhat detained by a storm of snow; when it moderated, I got forward.” On a following page he wrote, “I enjoyed great comfort of mind, and near unity with Friends... it bespoke a day of visitation of God’s love, and I wish it may be ‘as bread cast upon the waters, that it may be found after many days.’” Throughout the week, and along the hushed northbound train home, the idea of deep learning through contemplative silence continued emerging in my thoughts. The savoring of silence is itself a schooling. It requires shutting away distractions and departing from noise we otherwise adaptively absorb. Yet the goodness in being immersed in goodness has lasting effects. The reminders have followed my steps and will lead my subsequent steps toward future sojourns. 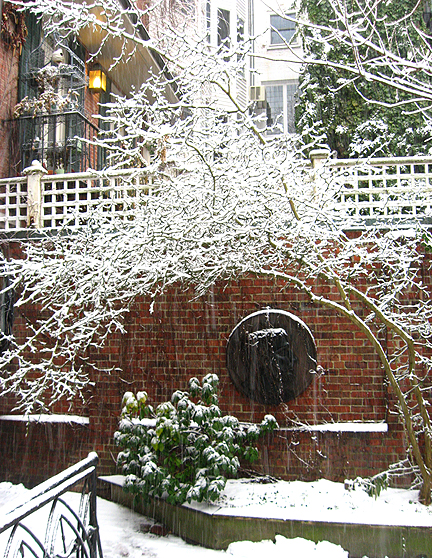 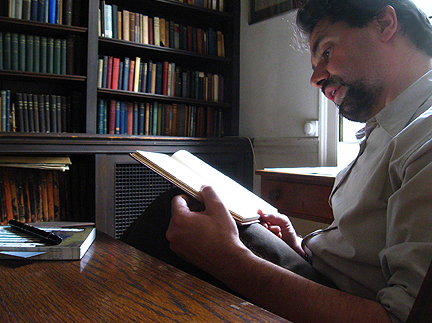 Posted by speculator at 9:04 PM

Very nice photos. I really need to get back to the east coast for a visit. Not that my daughter is getting old enough for travel of that distance, a trip to cooperstown is calling. Thanks for the inspiration.

Thanks for another wonderful post. I am always trying to get my students and their parents to take some time to enjoy the silence and reflect. I especially liked what you wrote about contemplative silence. I have also recently gotten back into writing with paper and pencil and I have been really enjoying it. I understand that the writing tools don't really matter but I am always interested in your favorite pencils. I am currently using a Staples arc planner and really liking it. I would love for you to share your favorites some time. Take care,
Stosh

Great post, Speculator. Thank you.
-Wolverine1 (a friend from FPN)

Beautiful & inspiring. I have been wanting to make retreat for some time; my dream is to go to the Abbey of Gethsemani for a silent stay.