treasures of a year 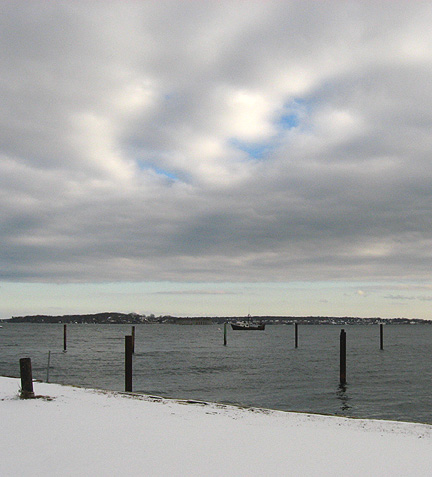 “Then said Hopeful, ‘My brother, these troubles and distresses
that you go through in these waters,
are no sign that God hath forsaken you;
but are sent to try you, whether you will call to mind
that which heretofore you have received of his goodness,
and live upon him in your distresses.’” 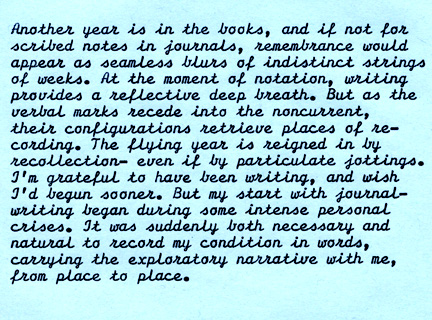 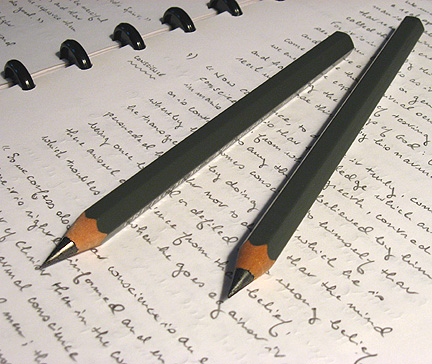 Treasure found:
Above: 1/2" thick pencils from Austria for rapid note-taking at the Boston Athenaeum.

Below: Smith-Corona "Skyriter," found in its pristine case at a salvage barn in Midcoast Maine, came from a shop in Bangor- and had never been used before. 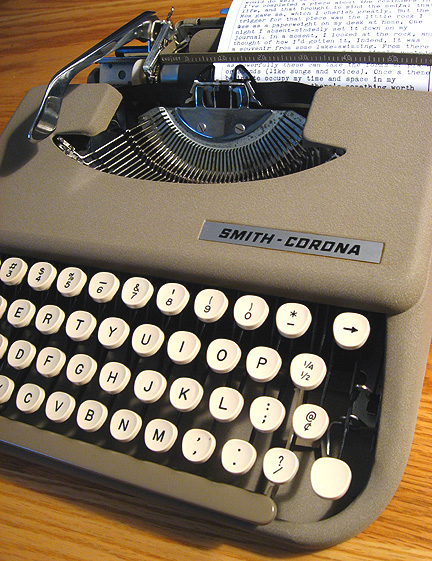 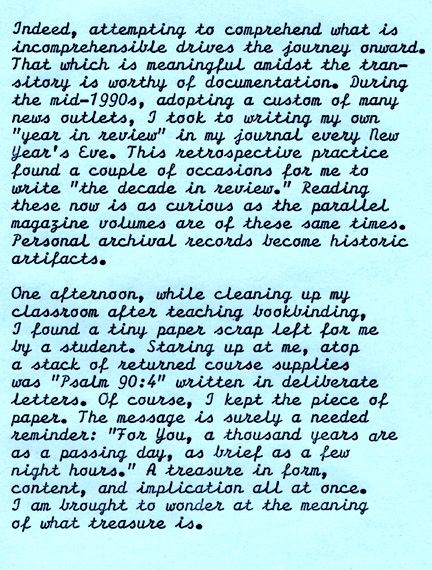 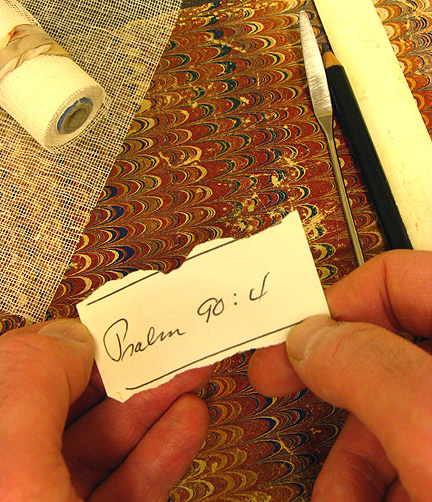 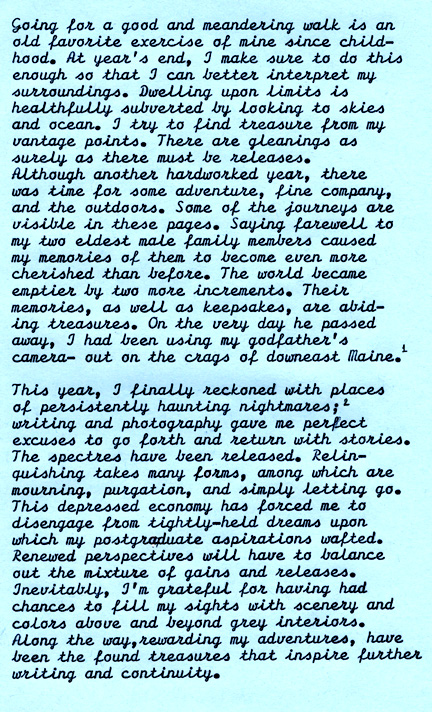 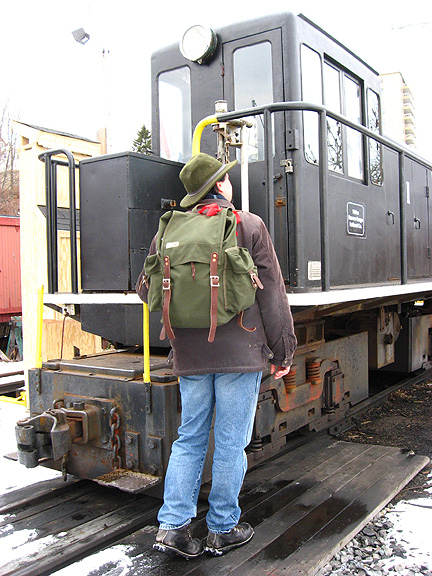 In this essay, I described having a backpack custom-made by Alder Stream. Jane Barron, who handmakes these, created a narrow version of her "Allagash" model with inner pockets especially for books and pencil boxes. We nicknamed this the "Maine Narrow Gauge," after the famous little railway on the Portland waterfront. Beautifully made and rugged, the backpack is a real treasure that has already seen travels. I added a strand of red fabric, which is a custom for pilgrims of the Taizé monastery in France to be a reminder that the Holy Spirit accompanies the traveller. 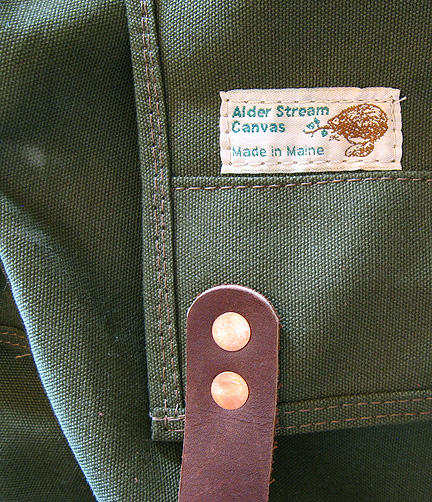 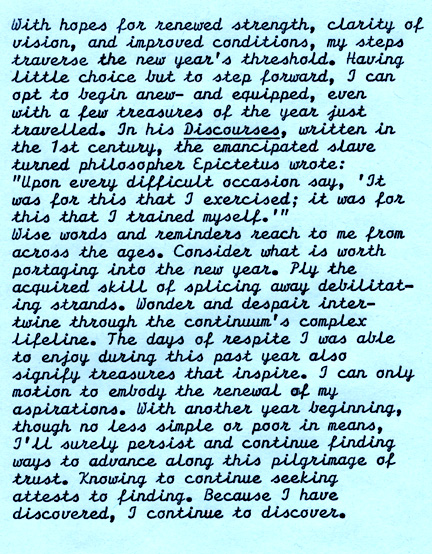 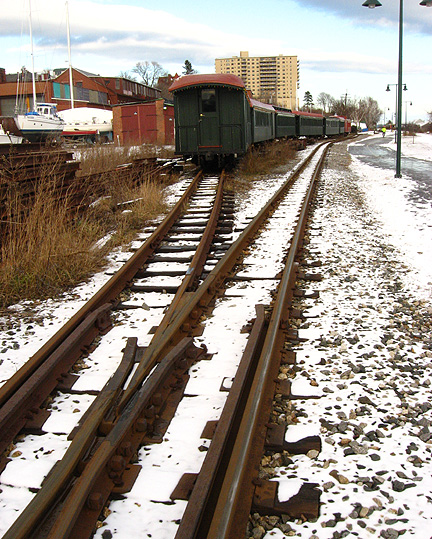 Posted by speculator at 8:48 AM

Well said !, Thanks, wishing for your pencil to be sharp and the ink to flow smooth as you Journal in 2012, a happy and healthy new year

Very wonderful ending to the year. I enjoy your travels and your superb writing. Brings memories to mind and hopes for the future since at one time I was single and enjoyed the solitude and ability to travel. May you have the best of all life has to offer throughout 2012 and beyond with the many blessings of our God.

A nice start to the New Year--thank you. The little Smith-Corona ia a beauty, I will enjoy some of what it produces!!!

you inspired me to get back to writing more this new year.

Very nice pencils - what make are they?

And I like your rucksack, too: similar to a Duluth pack.

to ST:
These are thick HBs, made by Cretacolor, in Austria. They have a great grip for fast writing.

The backpack is really extraordinary. It was really custom-made, and is a work of art!

As always a great post and I love your gear. Inspired by this post I am having Jane at Adler Stream make me a modified backpack as well. I cannot wait to get it and start a year of new treasures for myself.

Hi Robert, Going through your old Blogs. Your writing is very inspirational and tied to the photos is beautifully done. I do have a question about the Alder Stream pack you used. Do you still use this pack and if you do what do you like not like about it. Any long term comments would be appreciated.

Thanks so much for your comments, Peter-
I'll e-mail you back.
The Alder Stream backpack is really great, and it's still doing a lot of traveling with me.