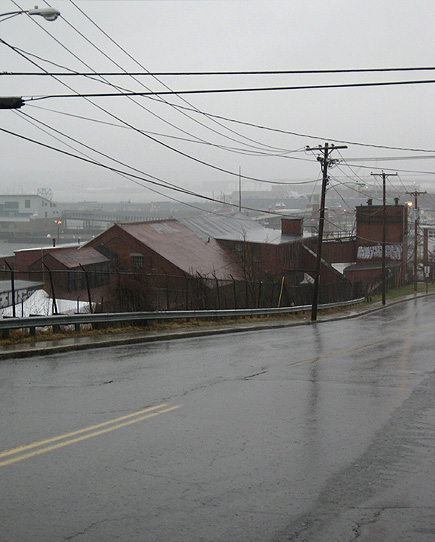 So far, so good,
so close, yet still so far.

Step in, step out of the rain
I’m goin’ to walk on up to the Waterfront.


With this advancing and burgeoning spring, my thoughts turn to crossroads as signs of reflection. During evening walks, my paces across converging roads are especially noted. Nightfall happens later, with each passing day and with more temperate air. Lengthened days invite more musings. An intersection such as a nascent spring revives recollections of transitions and graduations. And expectations. Now progress is a loaded term, often blending unrealism into reality, yet remaining a necessary aim. Which ideals are worth this obstacle course? Are measures of progress based upon comparisons of what, or where, or whom we think we should be?

In the realm of sports, exaggerated fortunes are tied up in games, teams, and empire-maintenance. The nature of assembling a dominating “dynasty” strikes a curious contrast with the humane aspect of mercy. Or loyalty. A person endures an unproductive spell and is branded as “washed up.” Such judgments are batted back and forth between athletics and the workaday world. Identity is determined by the progress one makes- or fails to generate. Indeed, this mentality also infects religious circles. Acceptability too often tied to material expectations, constantly raising bars of demand, confuses places of worship with pressured places of work. Surely there must be limits to the meaning of “enough,” and the humble spaces we offer and influence may be done so as peaceful oases. 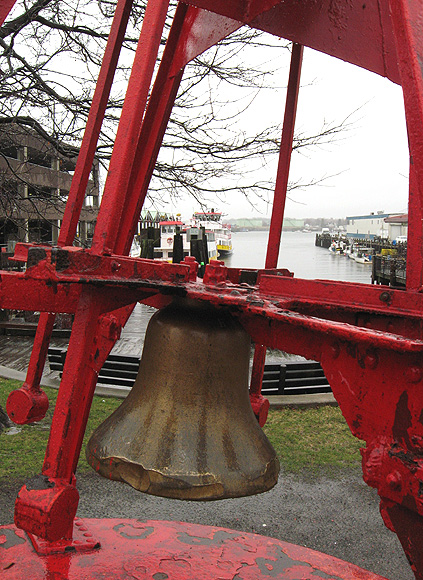 Driving my various errands and obligations today, I turned off the radio news- and thought about trends that define these times. Much is determined by what scares or angers us; many affirm what they are not, rather than who they are. Some careful listening reveals this, and it brings my thoughts to imagine the role fear plays in the motivation of people. As much as fear can drive some to evasion, it can also motivate overcompensation. Worrying about interaction or the challenge of something different frightens us into isolation. I remember working for a place in which the smallest, most mundane memoranda were copied to a universe of additional personnel. Issued words to be witnessed, along with all responses, as proofs of some sort of activity (or lack of inactivity) in this litigious society. It seems exaggerated expectations, mixed with fear-based interpretations of accountability, cause the subjected fearful soul to overstate what they do. Part of the noise that deafens this culture is the defense mechanism of overstating practically every personal action.

Another strange way to express “progress” is to connect it to self-justification. “Redemption” happens by vindication. So many of us have known the cornered-animal state of mind that taps into primal adrenaline as we’ve met deadlines and performed “to save our lives.” And more than once. “Hero today, goat tomorrow,” as sports and real life imitate each other- both by experience and semantics. Still, amidst being pulled along by the need to competitively survive, it is difficult not to notice how living souls are appraised and assessed. Inhabiting this culture needn’t imply succumbing to spreading spells of cynicism. Trying to keep things workable and healthful has meant an operating knowledge of “the system” while attending to my own ideals. Parallel to being multilingual, the language of commerce permits for a livelihood, and the heart-language is the one through which understanding and prayer happens. That inner language- an inner citizenship- must be continuously cultivated on my own time and on my own dime. But this worthwhile endeavor, with an inner life, is both vital and the way out of conforming with societal images of success and progress- of how to look and talk, and of what one is supposed to have accomplished and purchased so to appear respectable. 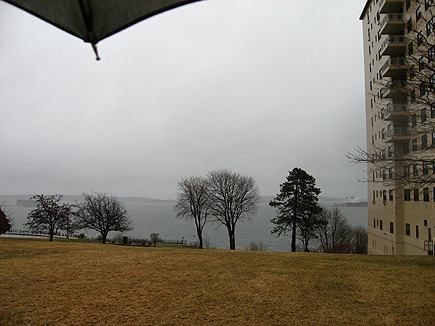 As for qualitative progress, how shall this be determined? If the soul’s advance is a discernment of conscience, inspiration should be free of competitiveness. Yet, in the spirit of exploration, I do hear myself ask, “against whom- or what- do I compete?” There must be continuity of inquiry. Progress that transcends finite situations is the career undefined by fixed measures. Though unquantifiable, the Spirit is undiminished. Depths and breadths untold, yet with a certainty of presence. Transitions, which I can only hope to be steps of progress, register as points of recognition. Short-term goals are frequently moving targets; they’ll be something else tomorrow. Taking walks around familiar and personal landmarks invites occasions to ask myself about perceiving things differently. Corners, crosswalks, and structures resolutely rest as solid signs. And my circulating traversals salute these humble sentries, while new paces overlap previous paths. Houses and schoolyards retrieve words and moments, as familiar slants of light remind me of distances covered to now. The day soon a memory, giving way to the present’s fluidity, and destinations unfolding as gradually opening hands. 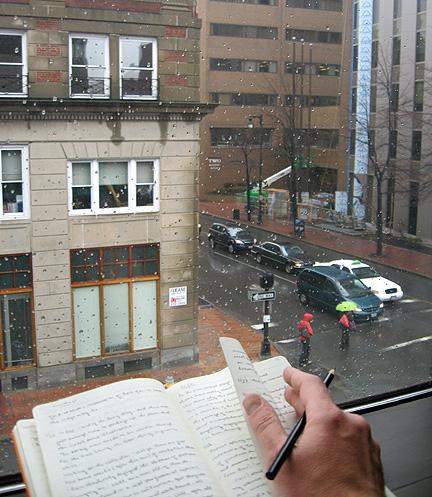 Posted by speculator at 8:27 AM

I can't think of of progress without thinking about completion - isn't making progress means we finished something and starting something new? or it's best not to even think of how we're doing rather just continue on? not to say I'm constantly thinking about the end result