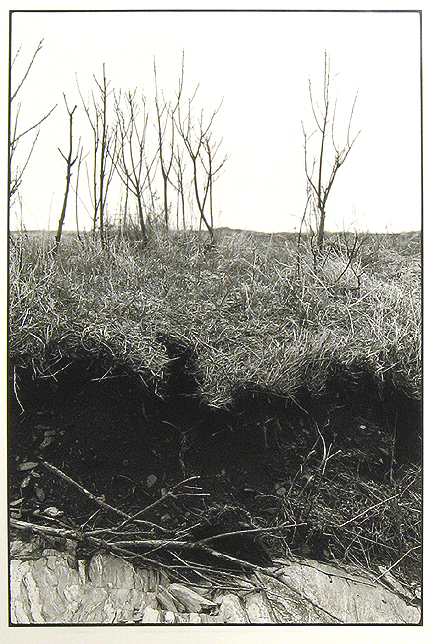 “Pieces of coal, hewn from the deeps of the earth,
Here in my hand, spectra of lights retain;
Crystal on crystal knit, back in its birth-
Sun meeting sun again.”

formed from this earth

We are formed from this earth. Like the coals drawn from untold and lightless depths, the soul is drawn to surge upward to divine fires. With the coal-blackened laborers and the burdened haulers, I, too, know the work is relentless. Nothing less than conscientious effort is needed for me to arise and walk this earth with strength and wisdom. Through the winter, I’ve had a fragment of coal on my desk. It is from very far beneath the ground, brought up in untold tons by unseen hands that toil and risk their lives’ safety. Souls whose wildernesses are subterranean, whose ocean is the earth’s crust, and their enormously hard-worked paths are confined to narrow tunnels.

In the work life I endured that enveloped my twenties, my average workweek saw very little daylight. Prolonged travail in complete darkness disrupted my sense of what time it was- save for deadlines. Further and broader still, extended overtime and intenseness in a foul and exploitive darkness seemed to meld the years. I don’t know how much more of my earnest energies I’d have added to that job, had I not found myself in a tide of layoffs. It was confining and toxic- though only one level underground, but being a daily reality, difficult to break away from. I free-fell into the light of day, and though it was barely ten years ago, some of that shock of life-contrast does remain in my ordinary thoughts. Re-evaluating one’s continuum sets a soul on the verge of self-definition. Aquinas wrote of how the reality of creation stands at the brink of the world. Every time we dare to behold the wonder of creative power, we stand at the edge of the known world. 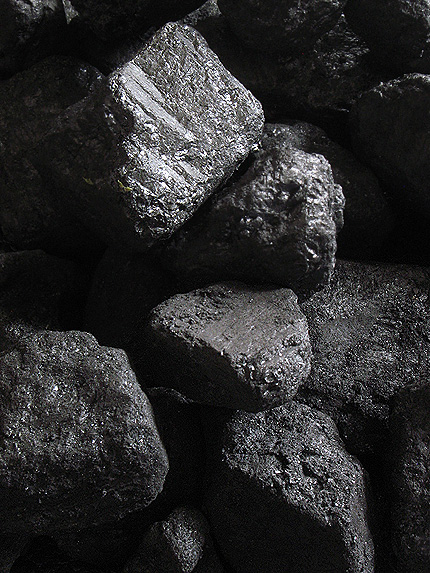 What breathes life into dry ground and stone ledges? Along the roads, still layered with months of sand and grit, the landscape remains barren with granite, ice, and spines of trees. Outstretched branches try to collect enough rain. They do not wait in vain to be reshaped, even as fire transforms masses of anthracite to set colossi into motion. Often when we think of our sources, we refer to the ground of our being as though we had a geographical idea of our rootedness. But surely my basis isn’t limited to the substrata beneath my feet. Might there be roots nearby, far above, and even right alongside my hands writing these words? Speaking of a “center,” or a “core,” may confine us into imagining the spirit that gives us life begins within us, rather than respirating through us.

Among my disciplines is an effort to avoid clichés, or at least unclarified terminology. In this society, we accept too many catchphrases, pat lines, and sound bites- and it seems counter-cultural to take the time to explore and more thoroughly comprehend. It’s fine to conscientiously “go to one’s center.” All right, go to the source. And then what? You just stand there? Not at all. I’d like to think life is more a working library than a sealed-off museum. The source is for our immersion. Mine the depths of the soul; jump into that water of life. Traverse that guardrail from spectator to participant. Looking at a sumptuous meal is one thing, but savory dining is quite another interaction. Even in the early morning, I find it vital enough to give space to recollect thoughts- but that coffee should be downed while it’s hot. If stopping at the shoreline of the Source isn’t satisfactory, take that as a good sign. Indeed, as the Holy Spirit takes hold, the unresisting natural course is to respond and pursue. My understanding of immersion begins with internalizing the wisdom that I gradually comprehend. “So walk ye in him,” wrote Paul, as he wrote his listeners to practice their professions of faith. For me it is to seek more of the source, and even to become part of it. To arise with a constant gratitude that mirrors the constancy of the wellspring of life. 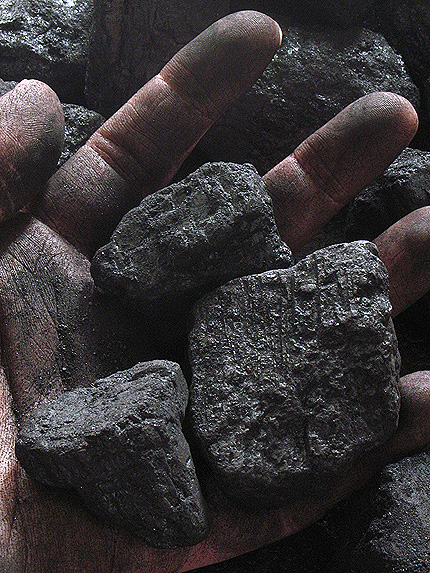 The coal on my desk was given to me by a railroad trackman, along the waterfront. The heap of coal reminded me of the histories that described black mountains of anthracite on Portland wharves that were regularly offloaded from massive schooners. Nowadays, we rarely see such elements as those which are consumed in the operations of our days. These pieces of coal may have been cut from seams that were two or three kilometers underground. But they look like they could be from the Moon. As it were, reverse-meteorites from darkest inner-space. When struck by light, the fragments reflect as glittering silver. During my fourteen years in photographic manufactures, we’d quip about our labors as “silver mining,” with hours in which we could not see our hands in front of our faces. I remember driving to Pictou, Nova Scotia and stopping in Stellarton. It was only months after the Westray Mine disaster, and I wanted to pay my respects to the more than two dozen miners that perished at their work far beneath the ground. It was a rain-spattered afternoon, and amidst a mournful and desolate stillness, I stood and sent my deepest prayers to the living and to what memories they had of the deceased. May they rest in peace. Almost reluctantly I took a few pictures, since I often think through the camera. About a half-dozen years later, the entire Westray complex was torn down- the ashes returned to the earth. 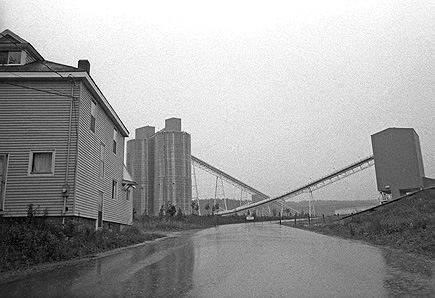 Westray Mine; Plymouth, Nova Scotia, Sept.1993 - after the disaster. 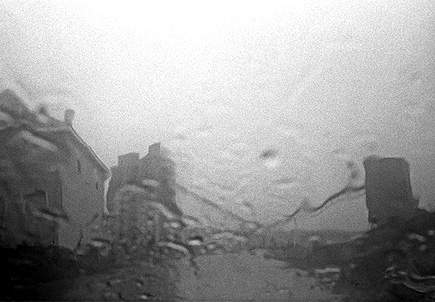 Bringing our souls up from the depths means a descending of mind into profoundest heart- and there we mine the bituminous ore the Spirit can ignite. The ancients whose thoughts are compiled in the Philokalia shared their imagery of prayer as being a descent into the heart of our being. Imaginably inspired by their desert wildernesses, inwardness always seems equated with ways modern westerners refer to upwardness: vast yet intimate. It is fascinating to notice what appears as an inversion of upward and downward, perhaps not intended by the ancients as a reversal of popular perceptions. They described contemplation as a search through the depths of the human heart, prayer being the descent. In these journeys, it is necessary to navigate through the darkness of one’s most haunting and destructive thoughts- armed only with faith and a disciplined mind. With a view that considered thoughts as separate from self, St. Neilos the Ascetic wrote, in the 5th century, of how “the mind descends into the darkness of our thoughts.” But indeed, we are not to simply dwell in such crepuscular paralysis. Realizing the presence of mercy, and that it comes not from but through us, we are brought to a humility that cleanses the heart. Arriving at a recognition like this, even in tears, as Nikitas Stithatos noted:

“...your consciousness of the love of God will grow lucid and you will begin to contemplate the mysteries of the kingdom of heaven and the inner essences of created things. The more you descend into the depths of the Spirit, the more you plumb the abyss of humility.”

Thomas Aquinas, in the 13th century, observed how the brink of creation is known in our depths. He equated the darkness encountered by the soul as Divine mystery. When we realize how creation was called into being from nothingness, our sense of wonder defies plain sight, and we plunge into truths we cannot see. But going forward must be without hesitation, even if one is “caught between the terror of mystery’s invitation to step out into the darkness- and our mind’s insistence on knowing the truth.” Comfort is found, alas, in realizing one’s mind is not the full measure of all truth. In this instance, vastness takes the astonishing form of reassurance. 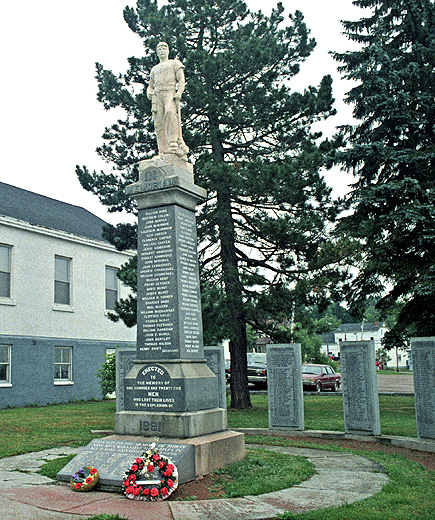 Still amidst times of seismic upheaval, I know the vitality of vigilantly drawing from sources of strength and trust. And as I heard myself say to a friend the other day, it can be as unspectacularly consoling as opening a cherished book and seeing the soothing words. In the swirl of the fluidity of these times, I take heart that God is both steadfast and creating force. As strengthening as it is to know what the ancient Psalmist called “the everpresent help in times of trouble,” I try assuring myself of the unusual dynamism of unknowing. Rather than to presumptuously assess that which is around blind corners and distances beyond my field of vision, I’d sooner take stock in the openness of what is yet to be. God is ever so much nearer than I thought. As near now as in the murky, damp, cement-floored darkness that I’d grown accustomed to as I made my living for a fourteen year span. What fascinates me now is this unseeing sense of certitude even though I am not sure how dark the figurative glass of comprehension, through which I must navigate, will remain. Next week, I’ll return the coal fragments to the heap near the railroad where it will all be used. And I’ll continue to wonder at the prospect of whether depth is measured from above or below, or if the spiritual life even has a fixed surface from which to determine measurements. Is the pitch darkness in an earth-gripped tunnel or a lightproof corridor as close at hand as the sky? The Divine is as near as the notebook in which I write my words. Indeed, proximity may need only one reference point. 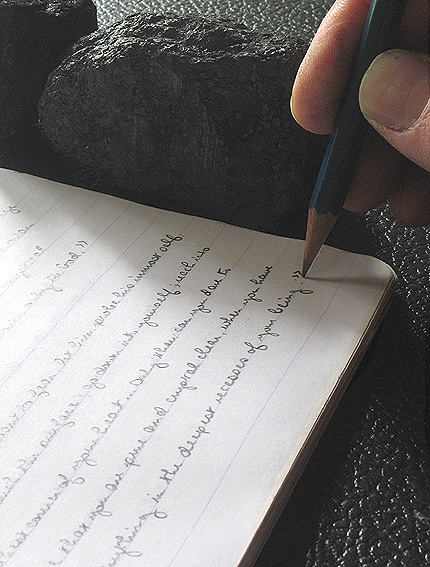 Posted by speculator at 3:17 PM

The photographs are stunning, the depth of the writing is inspiring. Thank you.

there's so many thoughts here but what stood out to me was the mystery of being us, how we became to be, I have no theories about that but it is often something to ponder over whenever something extreme happens - good or bad, I do believe we are part of the earth in some way, even in a very small way...

Wow! "The divine is as near as the notebook in which I write my words." Love that! I also like how you write as if you were outside of yourself..."I heard myself say to a friend" and a few posts back, a little comment about dropping your keys on the sidewalk. It's a very unique style of writing.

This is such a nice place for me to come and reflect at the end of a busy and chaotic day, as all of my days seem to be. Thank you for offering your deep thoughts for all to see! I appreciate it!