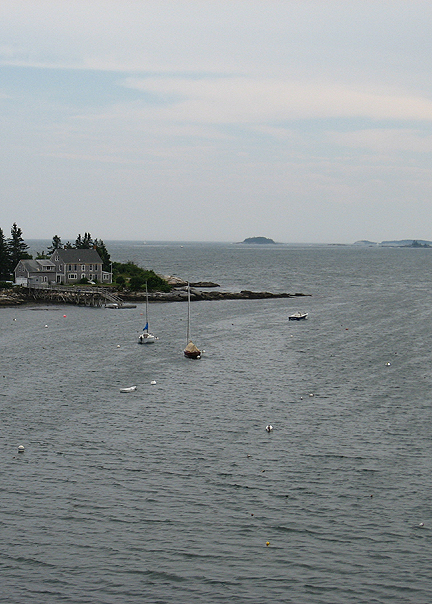 "You cannot discover new oceans unless you have the courage to lose sight of the shore."


To realize whether one has a place of departure still prominently in their sights implies there has been some straining in a direction opposite that which they are heading. Some distracting looking-back has been diverting the focus. And that seems a natural, though a pivotal, juncture to follow any major transition. Here is where it becomes essential for me to keep the courage and lose the departed shore. Just as surmounting the inertia with energy to "push off" into a new direction is itself a marvel of self-propulsion of the soul, so is the resolve to continue on, reaching forth to that which is forward. Such moments may manifest between horizons, when the one ahead is too far to unambiguously delineate, and the docks left in the wake are still near enough to revisit. But the courage to lose sight of the shore calls forth an abiding trust, and that is both conscious and surely not passive at all. Indeed, far from a gesture that simply allows things to leave what may be perceived to be "in my control," but consciously desiring and aiming for a life that is not mine alone. The courage to fly to the unknown implies a boldness to keep going, even if through miles of disorientation. The substance of things hoped for is sufficient bread for the journey. Choosing to move in a specific direction does imply motion away from another destination: my intended course becomes worth losing any other that might diminish the great hope that has been given to me. And when my long-held hopes reveal times of fulfillment, I realize how I have often created a sense of permanence out of very tentative and temporal circumstances. Cultivating aspirations became more an end than the means it was intended to be. Do we hope without the wholehearted expectation of reaching the other shore? The temporal has a dynamic that can propel us forward without even wanting to look back, and thus a life of ever moving forward maintains a fresh view of each moment.


Desiring to pursue dreams, choosing to continually reach for holiness instead of refueling the past, causes me to ask whether I have been asking too little of myself. When a wondrous way is prepared and presented to me, how astonishing that I should even hesitate to give my all, in a grateful spirit of trust. It seems easy to cling to what we know, even if it may pale in comparison to the brilliance arrayed before us from the horizon. What is familiar is meant to be exceeded, and indeed if we fear surrendering the known in exchange for frightening things, conversely we can trade up to far better things- even if we may not immediately know any more than the assuring certitude that it is the next right thing, and our souls are peacefully elated with the new reality. If, in this context there is a trial set before us, it is to move right through the jarring displacements and unrelentingly find enough balance to start ever anew, make ourselves at home, and continue to aspire. The change of perspective then becomes a change in that which we find our identities.


John Stuart Mill exemplified the transition from viewing life as despairing trials, to what he called "the maintenance of a due balance among the faculties." The simple recognition of the supreme value of seeking within and cultivating his soul was enough to draw him forward. For Mill, writing in the early 1900s (A Crisis in My Mental History), it was the music of Weber and especially Wordsworth’s poetry that sensitized his heart enough to transcend his defeats and find what he described as a "Source of inward joy." "Through my dejection," Mill wrote, "honestly looked at, could not be called other than egotistical." He connected his disappointments to his ego, and determined that "unless I could see my way to some better hope than this... my dejection must continue," concluding that a perceptive hopefulness is connected to the peace within that allowed him to see the world in his midst with hope. In Mill’s emergence, he let go of his despair, while keeping the poetic sources of his inspiration close at hand.


Maintaining a solidly hopeful perspective and becoming more fully conscious of life’s changes demands a new frame of reference- one that ceases to look at this moment as a succession of times past. I can begin to take stock of my life with the undisputed given fact that I have a life. And perhaps, like Mill, I may call upon my own heart’s muses. Meister Eckhart, of the 13th century, considered humanity’s goal as being a complete union with God, and in order for a person to become divine it was necessary that they "detach themselves from all that is creaturely." For his monastic mind, he referred to detachment as the condition of our transformation into the things of God. Such profound and thorough development seems to me as incremental advances- and the thought of manageable steps is in itself heartening to me. An organic process can occur at any pace- the one we can each comprehend. Perhaps we know we’ve "advanced" to a new chapter of our lives, when we notice, ironically, that some things are taken for granted (and are no longer worries). When we move away from a shore we can still see and reach, we may endanger a longing for what we’ve concertedly pushed away from. But still further, the departed land may have simply lost its savour and thus our interest. Do we, in our heart of hearts, long for what was- more than what is set before us? The mirages are subdued by reality, when we see how our days have taken us to the threshold of this instant. Open doors may imply an undertone of another closing, but for a moment; all succeeding considerations point to new and beckoning horizons. 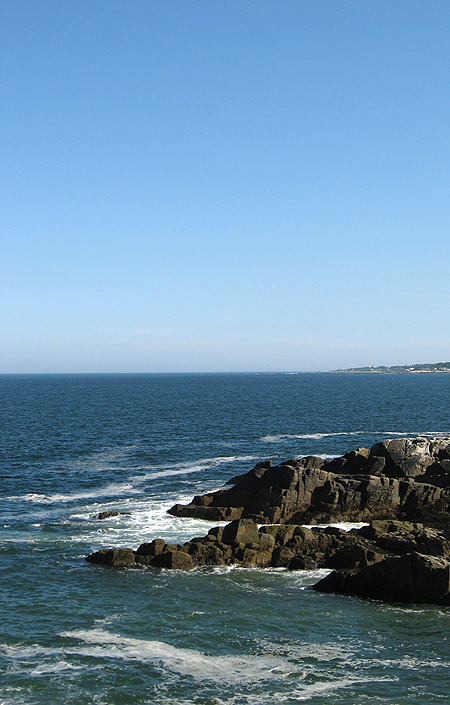 Sara at Come Away With Me said...

Hello. Thank you for stopping by my blog and leaving a comment about the photographs. I've just spent quite a long time reading several of your recent posts and find them engrossing. I have to take a break and come back later - I enjoy the rhythm and density of your writing, but I also have to concentrate so I don't miss anything.

May you continue on your journey with joy and eyes open to recognize all the moments of truth and beauty that come your way!

He is constantly speaking to us out of His love. Even when He is also stretching our limits of understanding or trust.

Your writing is outstanding. It's a joy to read your work. You obviously think and pray about your work. God has given us both these abilities so we can be transformed more into His image.

I suspect that your word-processor blindsided you in your most recent entry. In the last graph, you said:

I suspect you meant to use the word "engender" rather than "endanger". The sentence just makes more sense that way.

If I didn't consider your work to be worthy of being treasured, I wouldn't have pointed out this imperfection. You don't need to publish this comment. Please continue sharing your journey and your gift for expression.

Thank-you so much for your comments on my blog! They're always very much appreciated and especially so in this case, coming as they do from someone who is clearly such a fine writer.

A Merry Christmas from Olde England!

A thank-you to Walkin' Bruce for his comment, which is much appreciated.

Actually, I have meant "endanger," in the context of risk; which is to say the risk of being lured back to the places of departure.

Many thanks once more,
~A