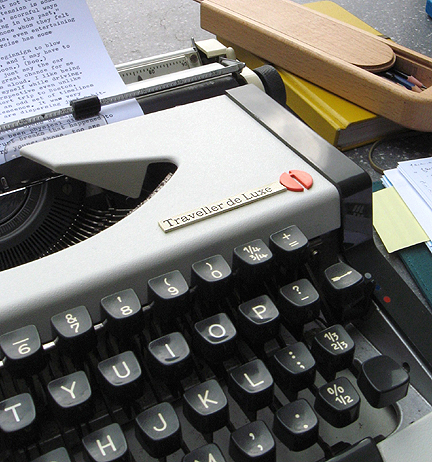 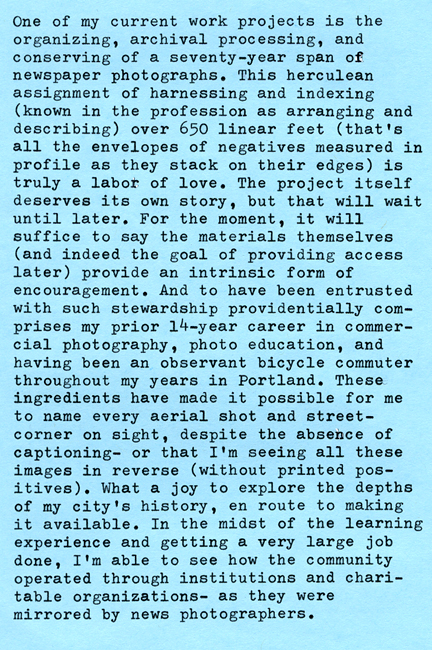 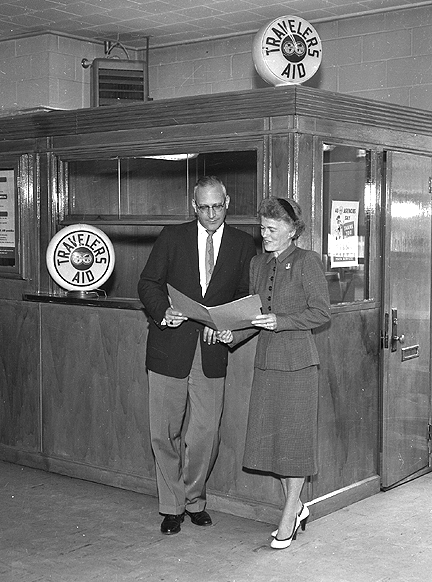 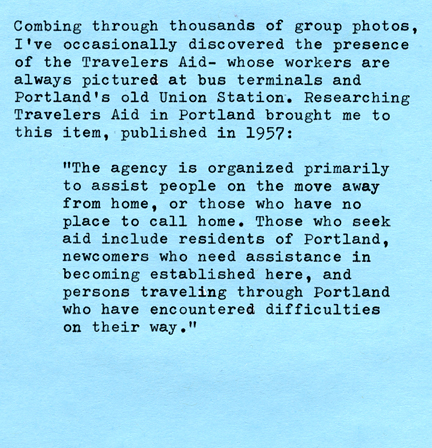 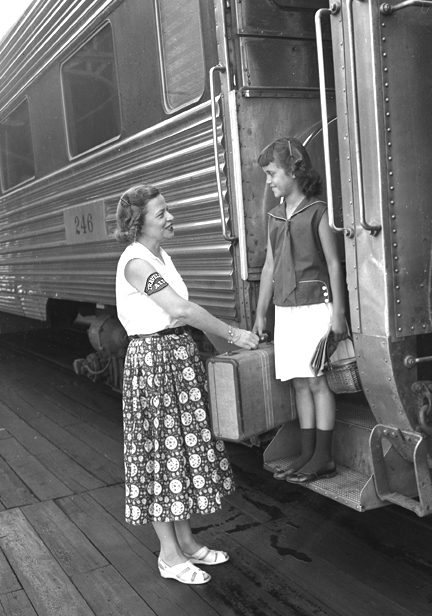 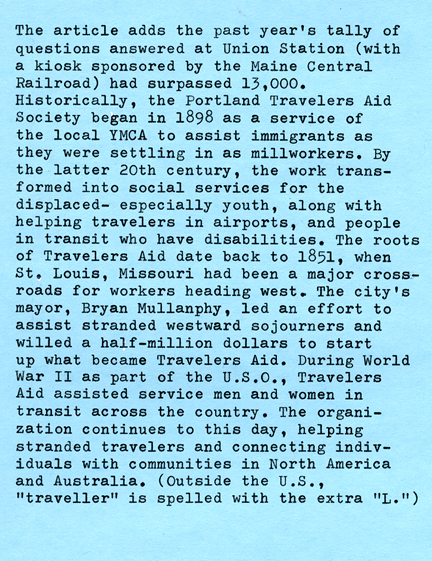 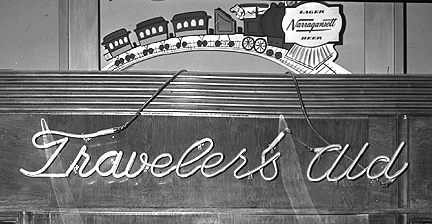 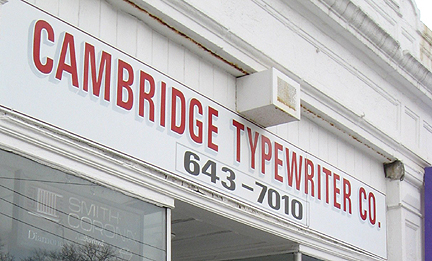 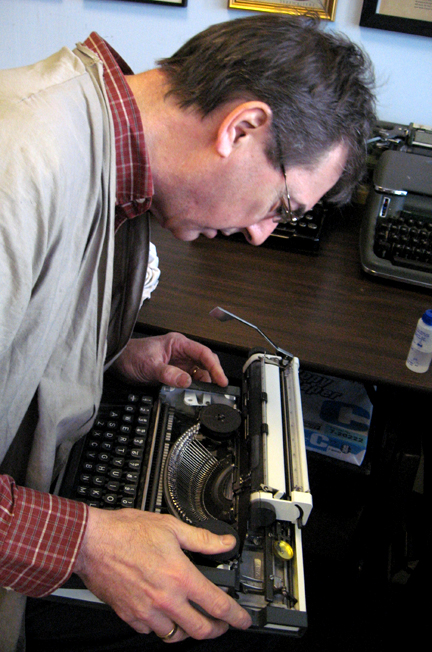 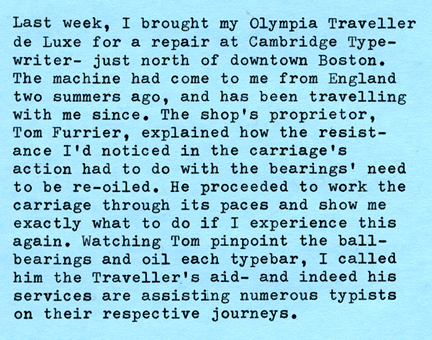 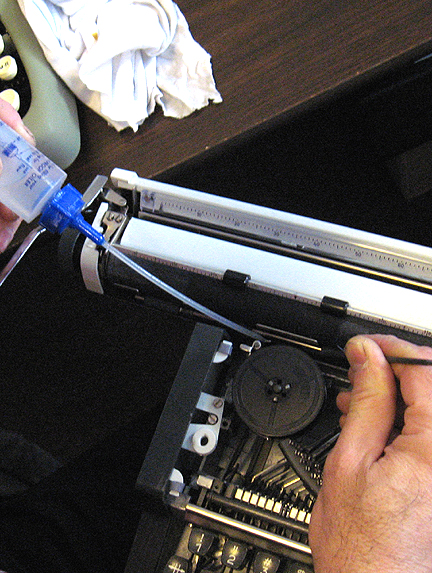 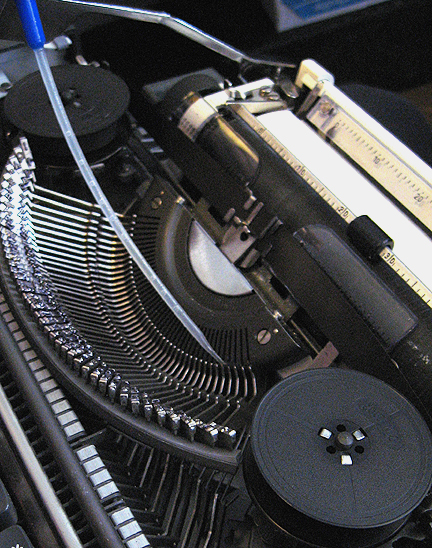 Above: A careful oiling of the carriage bearings and typebars
Below: Loosening the carriage along the outside "track." 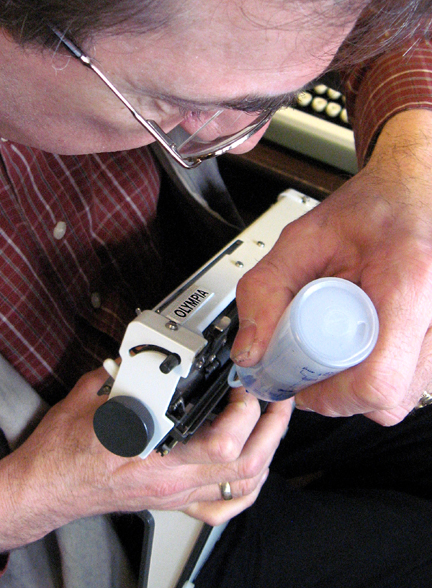 Below: Cleaning out the keys, the Traveller De Luxe appears to be in a spiritual renewal. 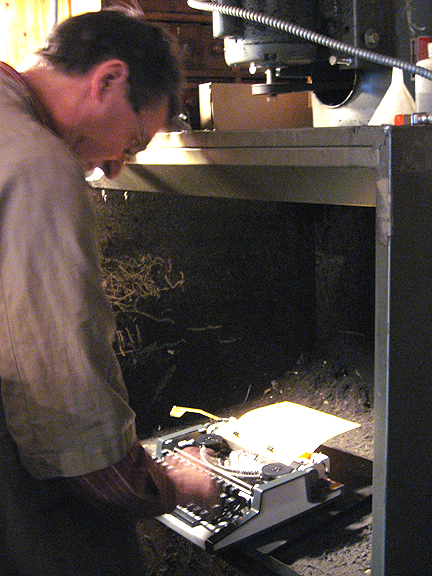 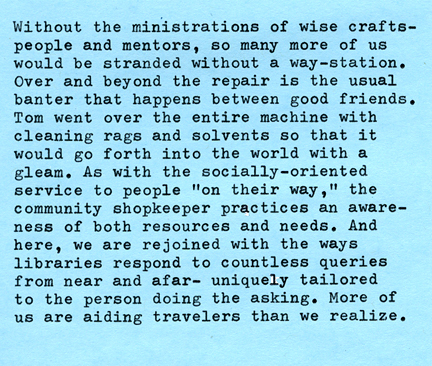 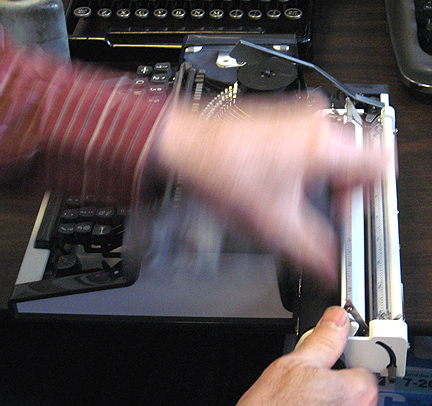 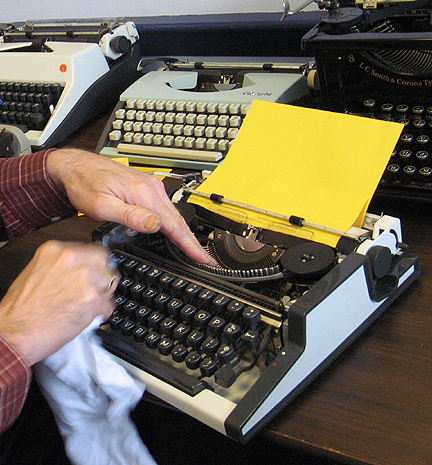 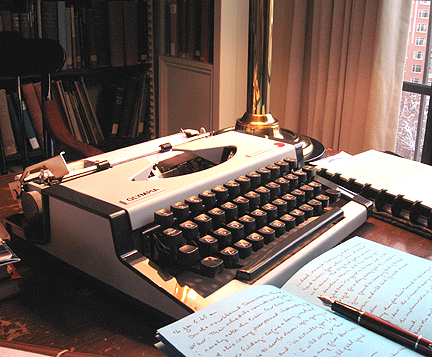 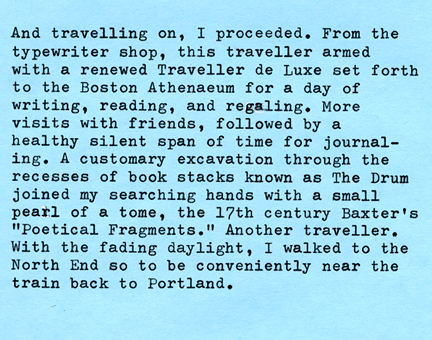 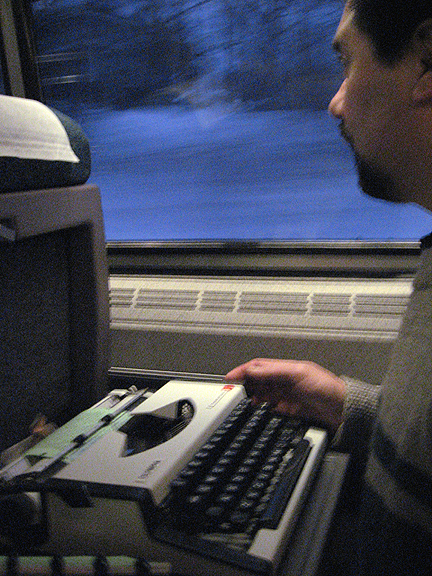 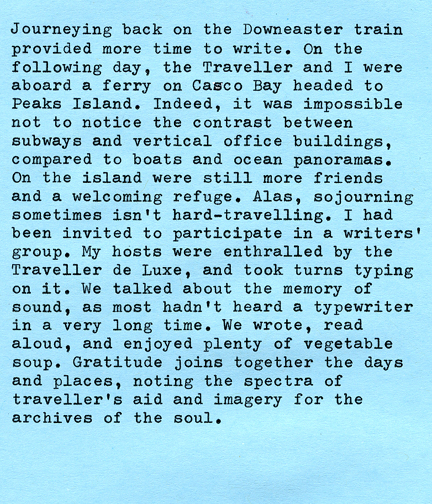 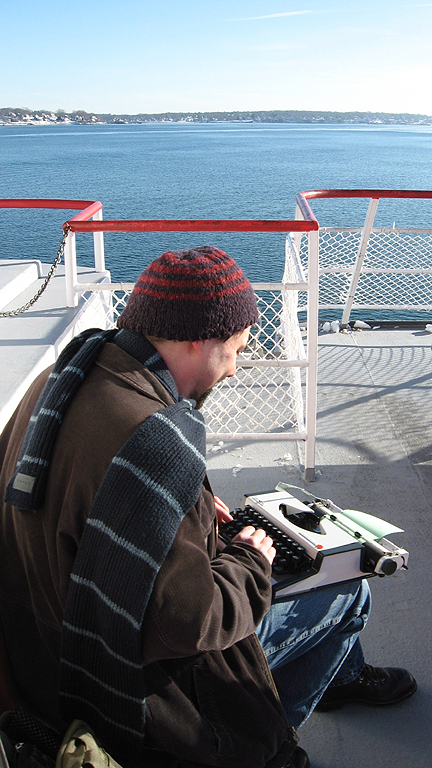 On Casco Bay. It was 4°F on the mainland. 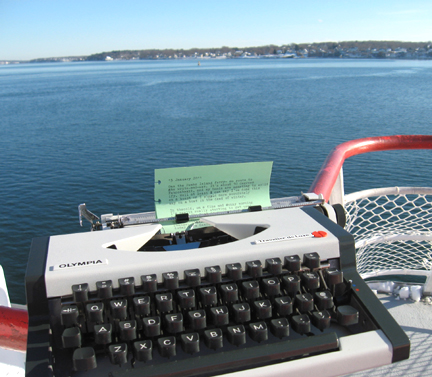 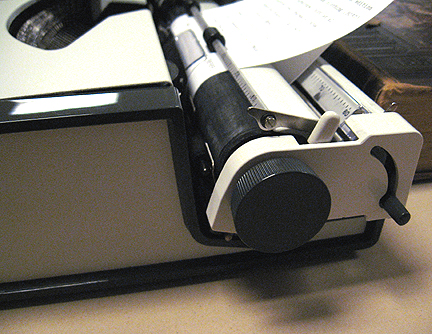 (for further reading, here's my essay, the light traveller.)
Posted by speculator at 11:30 AM 7 comments: 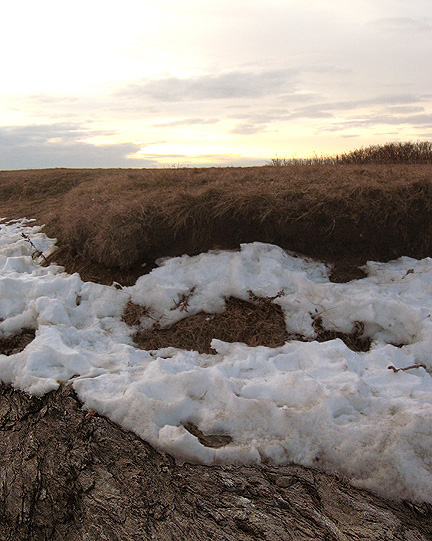 “Is there, in this place, any relief
for Pilgrims that are weary on the Way?”
The Shepherd replied, “The Lord of these mountains
has given us charge not to be ‘forgetful to entertain strangers,’
so, the good of the country is before you.”


It is a turn of a calendar page, and only according to one (albeit predominant) tradition of time-keeping; we are in a new decade. The clean slate of a new year reminds me of how far I’ve already travelled. A new epoch, a newly-marked span of time, provides a new occasion for new ways of thinking. And having only so much time, adopting changed perspectives makes it necessary to discard the obsolete. As difficult as these times have been, there is reason yet to give thanks for new promise. Look forward to the good that is yet to happen. Being able to do this calls for some daring: a combination of boldly anticipating and accurately remembering. Keep sights fixed forward, while experience is preserved and accessible. Just the other day, I thought of the shepherd’s staff of Moses- how the walking stick used to signal and gather a small flock was recast into a directing object to guide numerous human souls in his care. If you will, a workingman’s sceptre. In our own transforming eras, our tools can be recast. The implements of our creativity have potential to be means for the transformation of more that just our selves. What is yet to be discovered may well be already in our midst. As the winter forest, that which is dormant is indeed very much alive. 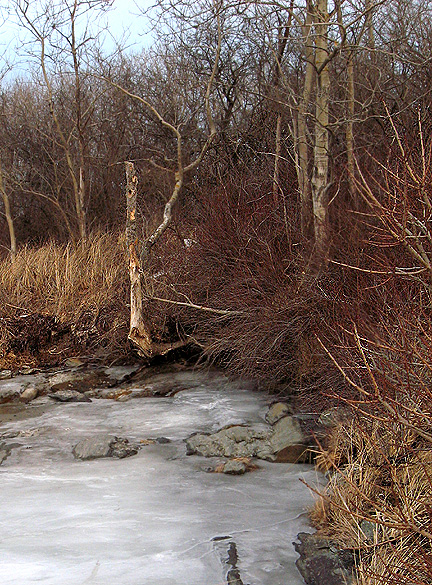 From beneath the cover of darkness, light can still overcome. Observe what is in your midst, and see what is happening. It is an exercise of vision, to notice and take stock of the good that already is. Writing these words in my local public market-house, my notations are scribed between greetings with friends that pass by, bites of my lunch, and the general activity of a vibrant community space. Much is happening around me, among vendors, customers, visitors, and writers. Each transaction, entrance, exit, written word, and sketched drawing surely has a narrative. An event is real to us when it is immediately before us; its reality ceases when it becomes past, and it is not yet real when it’s in the future. But the ways we perceive and interpret the world are quite tangible as well as intertwined with the moment. Glancing back and gazing ahead provides occasional context to the present. 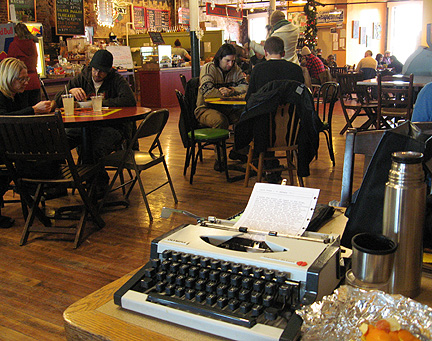 “Look at what you’ve got going for you,” is often part of the encouragement I give to friends- and ought to be advice for me to internalize. Seeing things as they really are requires wisdom to notice what already exists, ready at hand, to sufficiently and indefinitely sustain the soul. Fleetfootedly bounding across town to my employment, it occurred to me how easily the already can be taken for granted. Past is forgiven, hopefulness opens the future, and potential fuels the day.

The idea of realization is a thread running through our own histories, and we can identify this exemplified in the stories we know. There is that character type that traverses obstacles through a death-defying odyssey, only to realize they already possessed what they sought. A story like The Wizard of Oz takes the point of “no further than your own back yard” quite literally. In A Christmas Carol, the Ebenezer Scrooge character makes the opportunity to change course, but for Charles Foster Kane, in Citizen Kane, it is tragically too late. Envious of what most of us mortals take for granted, the angel Damiel character in Wings of Desire scraps his celestial existence in favor of gritty humanness. In most dramatic fashion, the fable presented in It’s a Wonderful Life begins as the protagonist tries to carry out his suicide attempt. George Bailey is killing himself to find what he unknowingly already has. He wants to see the world, but never gets out of Bedford Falls, and he learns- as these other stories’ characters do- how wealth manifests in more than one form.

The story of The Pilgrim’s Progress provides a vivid example when the protagonist’s travels bring him and his companion to Doubting Castle, where they are captured and tortured by the giant named Despair. In this allegory, Despair takes hold and nearly annihilates the travellers. Beaten to the ground of their dungeon, they ask each other, “shall we be ruled by this giant?” I like to think of the pilgrim’s tone as being one of indignation- as in, ‘are we going to be pushed around by despair?’ 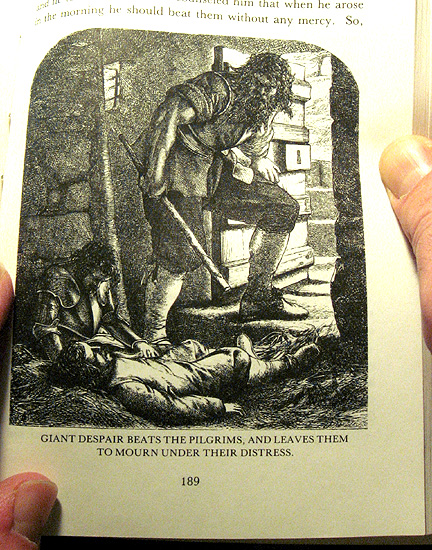 True to metaphorical form, the pilgrim has the timely epiphany: “What a fool I am, thus to lie in a stinking dungeon when I may as well walk at liberty!” He realizes he’s had a key in his breast pocket all the while, the key being called “Promise,” and with that a successful escape is made from Despair’s imprisonment.

Our reading and viewing, our lived experience and immediate present, remind us to consider what already is- ground already covered and trials surmounted. Allegorical films and novels teach us over and again how we are actually equipped with the forces we need to fulfill our vocations, assert our voices and abilities, and work on behalf of others. In this seemingly endless valley of dry bones, I must keep in mind that I already have the requisite light to make the passage. The invitation extended to me simply requires my response. By realizing and remembering , we know The Already, and this becomes discerned, reinforcing strength. 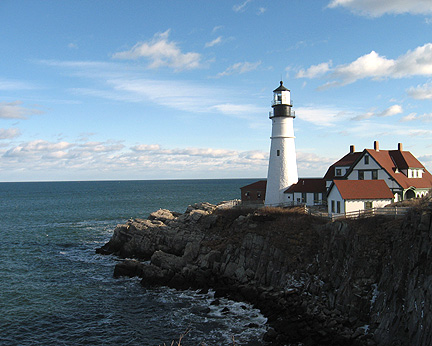 When something is already, it has manifested in advance of our cognizance- either shortly beforehand, unwittingly and away from our attention, or before time as we know it. Most nights, I set up my timer-rigged coffeemaker to brew before I wake. Thus, at my pre-dawn ablutions, I cross my cold floors to find hot coffee already made. Then there are other ways to affect alreadiness, such as direct deposits and payments, automatic digital file notifications, highway tollbooth transponders, broadcast downloads, and other such conveniences to answer the persistent wish that things happen by themselves. Indeed, within these means is an implicit degree of trust. Ponder the idea that drives us to want things done ahead of time. We hunger to be ahead of the game, without missing an opportunity. Of course, I want all my efforts to go smoothly and to always be prepared, and of course that is more fantasy than reality.

But do any of us realize the grace and potential we already have at hand? Even some of it? How about just enough without being overwhelmed? In his essay Now or Never, Richard Baxter wrote, “There is more power in you than you use, or than you are well aware of. It wants but awakening to bring it into act.” The 17th century minister echoed the exclamation of the ancient Isaiah’s, “Arise, shine; for your light is come.” These biblical verses are often the meditation for the observance of the Epiphany. And embedded in Isaiah’s illustration of the brilliance and glory within our reach is, “lift up your eyes and look around... your heart will thrill and rejoice.” Do I- or any of us- know what we have working in our favor? What horizons are open before us? In the crepuscule, we crave brilliance. Epiphany is even more powerful than the hardness of our constrictions. The already is subtly apparent, and easily missed. With the legendary pilgrims, I can arrive at the realization that hope and promise are already with me, and have been for a much longer time than I’ve known. 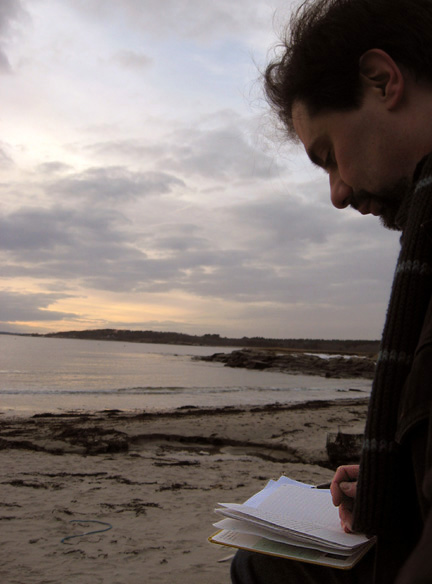