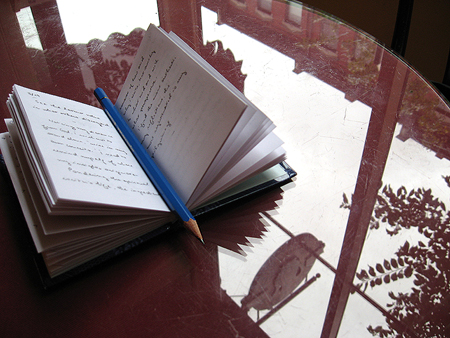 "When the soul wishes to experience something,
it throws an image of the experience out ahead
and enters into its own image."


The return of bracing cool air heralding the arriving autumn carries an energy of recollection to our doorsteps, be it a life of new school years or closes of summer. Newly noticed invigorating winds are the counterparts of first ice creams in striking May hot sun. Making conscious note of cold air, just as we might suddenly be consoled by familiar and pleasing aromas, tells us we are awake to the elements around us. On this brisk evening, a brilliant and stifling midsummer day a few years back returns to mind. I was in the fields of the Shaker community’s lands, in Sabbathday Lake, Maine, photographing the textures of their farms, wooden buildings, and skies- through the monochromatic medium of my five-by-seven field camera. Stacks of large film holders, bulky tripod, and thick black viewing cloth made this quite a labor, but those of us who favor these formats will carry on with unquestioning alacrity. While focusing a shot, from under the black cloth, I heard clinking and rustling sounds interrupting the otherwise silent landscape. To my amazement and gratitude, it was a Shaker, who had traversed the entire field, carrying a pitcher of jingling iced water and one glass for me. This gesture has enduringly stayed with me, not only as a visual memory of hot dry fields, perspired brow, and refreshing water, but as a complete spectrum of immense yet simple grace. It was a gift I would not have considered asking for, yet grander than I would have imagined.


Perhaps it is no longer satisfactory to vaguely look on, when we might choose to really see and observe. Persevering to listen to what speaks to our lives causes us to experience more than perfunctory hearing and hasty interrupting would have obstructed. Indeed, it becomes an easy temptation to sleepwalk through our days, after the most cursory glance at this culture and all that stands to simultaneously bombard and lull the sublime human soul. Rather than to define what it means to be awake, and thus edge into the realm of cliché, my thoughts turn to exploring what such consciousness does. Often I find my steps slowing to a halt, for various reasons, challenging me to break through outdated perceived limitations to my thinking- which is to say a transcendence of obstacles and a calling forth of possibilities. A very plain example is found in the major housecleaning and downsizing of material accumulations I am pursuing: If I’m really awake, I’ll notice the difference between what I still need and what is no longer needed. What is essential and what is expendable. Indeed, beyond sifting through personal possessions, the grander picture is a recognition of what and who is around me. An awakened vision that nurtures a sensitivity to life and rises above cynicism.


Being awake to the sounds, tastes, air, and Spirit that is around me, is a conscious choice. But then, is the state of being attentive a thing that can be switched off and back on again? I don’t believe we can assess things of the spirit quite so mechanically. Perception is cultivated with time and experience, and we can surely motion in the direction of strengthened hearts and minds. And there are surely times when I am more and less aware of the substance of what is happening. My inner life has had some necessary jolts when I’ve been brought to see my life as evolving- rather than in the safety of stagnancy. Eventually, the wavering settles into a more consistent conscientiousness. We begin to innately know the value of varying our routines, seeing things in ways that unfold and reflect, and comprehending how the fine antithesis of retaining is the act of releasing.


"I had not exactly spent the journey in thought.
Nor in great emotion.
It was more like when a man, after a long sleep,
becomes aware that he is awake." 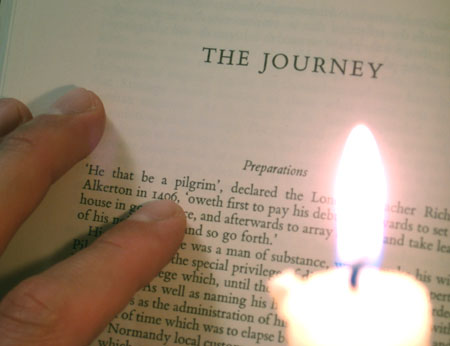 "And the angel of the Lord
called unto him out of heaven,
and said,
‘Abraham, Abraham!’
And he replied,
‘Here am I.’"


"And I will give thee the treasures of darkness,
and the things hid in secret places,
that thou mayest know
that I am the Lord
which call thee by thy name..."


Articulating the intangible is among the worthy conundrums when recording the soul’s reflections. Perhaps that is one of the most persistent encouragements to continue the pursuit of both spiritual and writing vocations. Rather than to say ‘despite the indescribable,’ it is really because of what is nearly ineffable, that observations can continue to evolve alongside the effortless passage of time. If our thoughts indeed formulate our selves, emanating from our roots, then words are found among the leaves and branches in our trees. 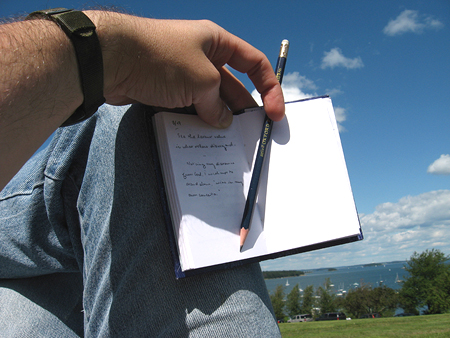 Something someone says to you. Something you saw incidentally on your way someplace else... And then reminders connect this moment to our own lived experiences. We are, each one of us, in our own way, the ones who can potentially connect the sounds and images. Then again, in our silent moments- of any duration- are realizations that can only be uttered subtly. From antiquity Didochos of Photiki, writing in the Philokalia, offered that where there is the profoundest richness of the Spirit no speech is possible. His poetic language refers to theophany, and surely we can creatively paraphrase with our being and our days- and perhaps even words. Theophanies are those sublime yet simple revelations, disclosures of the divine, always beautifully within our unique comprehension so that we can internalize what we see and hear. How heartening it is to be clearly reminded of an inconspicuous grace- so pronouncedly as though being directly addressed and assured.


Recalling instances of theophany from my adventures brings me to realize what a good thing it’s been that I’ve written about them all along. As I cover more ground, such a subtle yet impressionable experience tends to dissolve into the day-to-day, and a lingering sense seems to transcend event. What may appear as random conversations, on the street, at work, in cafés, or otherwise in transit, will occasionally bring forth precisely what I needed to hear (and the sooner I realize it, the better). Being a career pedestrian, I get to listen to an array of acquaintances- those I know, those I barely know, and people I may have only seen once. In that ever ethereal sphere of late-night shortwave radio, during a sleepless night, I happened upon a programme during which Sister Margaret Mary Funk elaborated on her Thoughts Matter book on the spiritual life. On an errand to collect donated books to truck back to the library where I worked, while loading heavy boxes of academic tomes, one of the donors came out holding a paperback. When I said that we were not accepting paperback books, she said, "oh this one is for you." Before I could even wonder why a complete stranger was handing a cheerful chap like me Necessary Losses, she continued "loss and grief isn’t confined to deaths, but can also happen when you change jobs, too." The comment was so poignant that I remembered to write it down a week later, considering that I was actually quietly dealing with both issues. The book’s major thesis is about how our losses are inextricably linked to our substantial gains.


During my first trip to Taizé, just after signing up for a two-week’s stay, I walked the grounds of the monastery to familiarize myself with the area. Along one of the roads, suddenly hearing American-accented English, I introduced myself to two backpacking pilgrims who were loaded down with gear that reached far above their heads. They were Oregonians (from the "other Portland") just leaving to embark upon an enormous walk to Spain, and as I explained that I was going to go north to Paris in two weeks’ time, they pleaded with me to visit a church in Paris I had not heard of before. Their imploring included that I promise them that I go to this Chapel of the Miraculous Medal which had so moved them. Weeks later, immediately after arriving in Paris, I sought out the shrine; even knowing the city very well, it was still difficult to find. But indeed, as with any pearl of great price, the entire circumstance was further exceeded by the place itself, its palpable atmosphere, and the welcome I gratefully received. I’ve returned many times since, to this gift of a destination.


Experiencing theophany within, we may see the wonders of creation in our very midst, even as the ancient Psalmist marvels at the pronouncement of the firmament, of the skies that fascinated him. The realization is obviously more significant than place, but sanctified spaces that we either discover or create ourselves can surely lend themselves to that sense of silence that allows us to notice our own breathing, free of distraction and liberated to journey within. 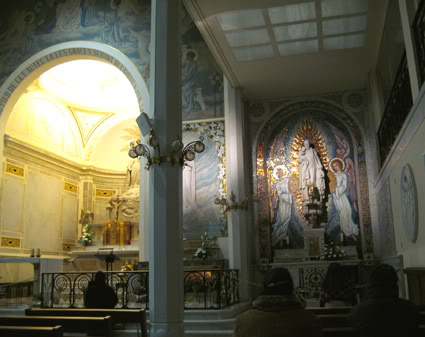 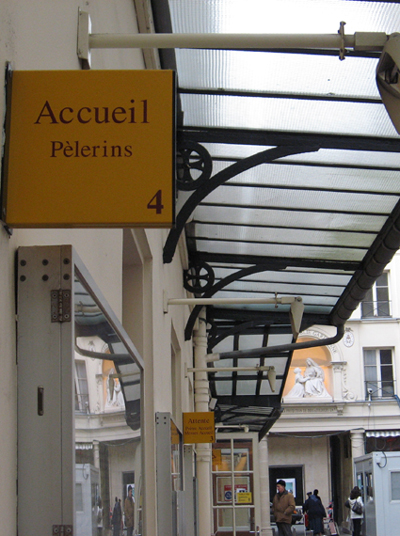