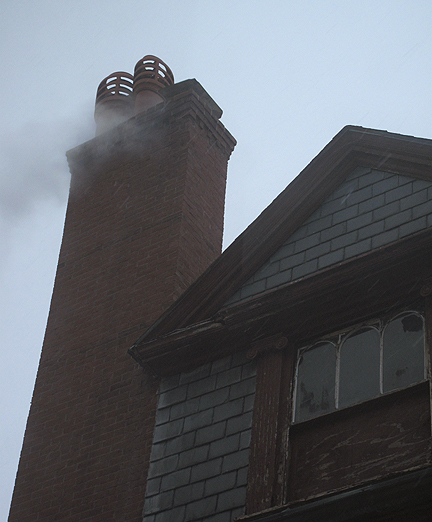 “Too far for you to see
The moss and the mould on the cold chimneys,
The nettles growing through the cracked doors,
The houses stand empty at Nant-yr-Eira,
There are holes in the roofs that are thatched with sunlight,
And the fields are reverting to the bare moor.”

Do we each owe something to our personal journeys? This is a question which you may choose to evaluate in your own context. It is a new year, evidently. In these recent weeks, during my daily trudges amidst dead-of-winter throes, I’ve pondered this enough to make incidental notes in between obligations. Forward motion demands nothing less than a daring aspiration. Progress rises and falls on ambitious hope. As the pandemic wears on and distorts much of our perception, it’s been clear to me that applied hope is anything but passive. By applied, I refer to the day-to-day living application of hopefulness, as compared to an abstract theory. Such determination would consistently undergird attitudes and actions alike. In the face of relentlessly grim news, the insistence upon looking forward to better days is essentially beyond passive. Is daring to anticipate and stretch toward improvement, to envisage beyond the immediate and the visibly apparent, a kind of stubborn blind faith? Perhaps it is. And perhaps the combined forces of both fatigue and malaise in these times amount to a test. 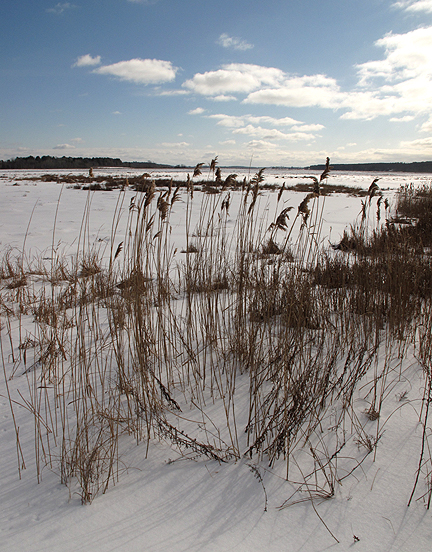 One recent evening, after the sleetstorm crosstown trek home from work, I perched at my desk with dry change of clothes, and scribed this in my journal: What do I owe my voyage? My thoughts turn to sensing a motivating indebtedness to my pilgrimage, self-constructed since childhood. And this is quite different from owing something to the limits of my self. The full journey is inclusive of many other people, of institutions, and places. The pilgrimage is much more extensive than the adventurer. Pondering my indebtedness to years of countless miles, I think of the instances when I tell myself, “you’ve gone this far, don’t turn back.” To be fit for eternity, as it is written in the gospel, one that sets hand to plough must not stare in the opposite direction. Progress is forward motion. When the way ahead continues through daunting prohibitiveness, there are great temptations to give up my tireless pursuit of improved conditions. Settling into a status-quo, albeit unsustainable, is itself a temptation. Especially if it seems comfortably solid. But a diving board is no place to make a foundation. The path of least resistance appears in such forms as convincing me to give up and believe this is as far as I can go. There are so many legitimate and rational reasons to let up on the throttle and tune out. But my better sense, the one that annoys me with inconvenient truths, urges me against giving up the ship. Furthermore, that sense threatens me about what could happen if I were to give up the pilgrimage trail. Indeed, I’m indebted to the distance already covered and past hardships already endured. Despite the protracted barrage of rejections, with so many denied efforts, my consciousness of time invested and ground covered persuade me to carry on. And that is to carry on with wisdom derived from defeat. There remain significant goals; hard work and survival have yet to see fulfillment. Along with many of you, I’m also constructing a list of “after covid” plans. 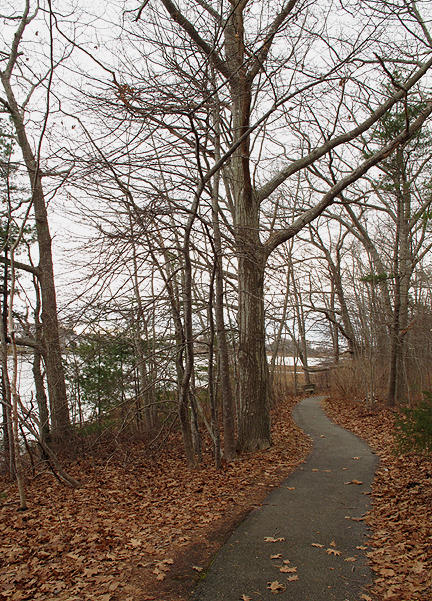 Last month comprised the season of the Epiphany, reminding me to keep on unearthing embers beneath the detritus of these times. But as with hopeful aspirations for progress, foraging is far from passive. My enduring impression is one of coaxing possibilities out of elusive graces. The search for fulfilling opportunities finds an illustrative metaphor as I help neighbors move their stranded vehicles out of snowdrifts. As drive wheels spin and whine in quagmired desperation, the flailing car merely sinks further into the frozen ruts. In order for the car to advance onto tractioned terra firma, it needs to be repeatedly rocked and pushed, wheels positioned straight ahead. The motorized graces need forces of providence, so that the being can be shoved onto a passable way. Raw ingredients are ever wanting for an indefatigable iron will. 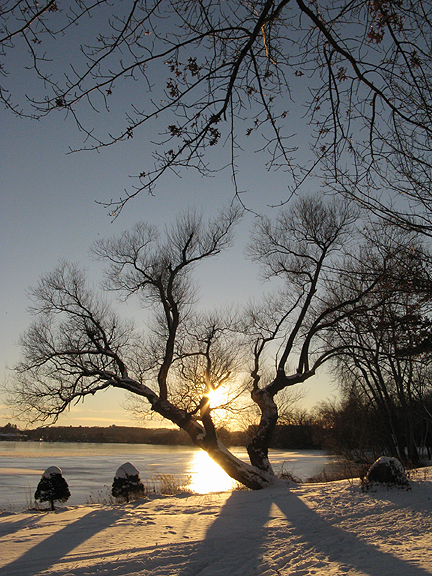 Bernard of Clairvaux, in the 12th century, left the world of contemplative thought a wealth of guidance. Monastic wisdom often strikes that assuring balance of the metaphysical and the practical. “That which was begun by grace,” wrote Bernard, “is accomplished by grace and free will, so that they work together simultaneously rather than selectively.” The statement has the ring of consolation, reminding the recipient of the prospect of not being left unaccompanied or thrown back solely upon their own reserves, having to try generating the graces of fortitude and providence. I’ve learned to better handle my end of things, which includes learning that my efforts are not occurring in a vacuum. What is immediately visible is not all there is.

Edgar Allison Peers, the Hispanist professor who translated and extensively wrote in the 20th century about San Juan de la Cruz, authored an anthology called “Behind that Wall.” In the book’s chapters, published in 1948, Peers presented how the inner life manifested among various Christian mystics. He prefaced the work by describing the drab veneer of walls that commonly surround colorful gardens. “Rough, ugly bricks, placed one upon another,” perhaps using his own vernacular in Liverpool. Then musing about workaday monotony of commuting “day upon day, the same dull routine... We sometimes ask, ‘what will it all lead to?’” Peers continued by referencing an experience during the time he lived and worked in Spain, walking a very steep and broken road that led to a house to which he had been invited. Noticing the dilapidated walls around the property, he imagined the house would look just as rough and run-down. To his astonishment, the orderly and colorful gardens surrounded a tidy, crisp villa- surprisingly encircled by the ramshackle walls of his first impression. Peers observed that people can be like gardens that are concealed behind ordinary and unremarkable structures. The inner life, Peers suggested, is a floral garden behind the ordinary wall. Appearances cannot accurately reveal substance. 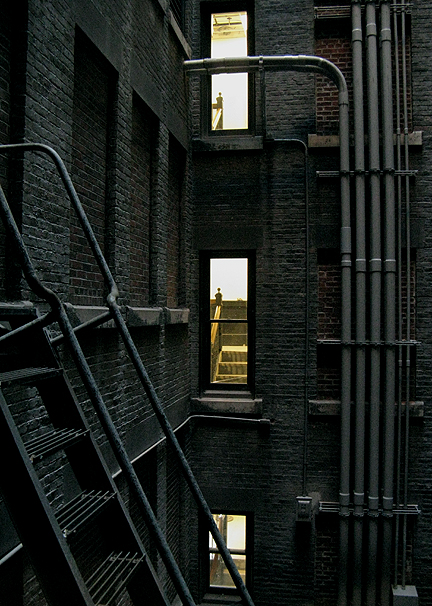 The ability to envisage resurgence demands a full determination to look beyond the immediate. Full, and nothing less. As much as things are not looking good, these are things which must not receive permission to own anyone’s soul. And that is no small discipline. Remembering Bernard’s advice, a strong will is constantly needed to take up threads of grace as they are discovered. The old metaphor about the sculptor visualizing a completed work of art through the solid block of stone holds true in the mindset of applied hope. Having to thrive amidst too much sedentary time when not on the job, through the recent two years, I’ve been trying to redeem this pandemic era through my self-directed studies in philosophy. As always, my note-taking is for the purpose of sharing- for both writing and teaching; thankfully, there have been windows of time to do both. At the same time, I’ve been gradually bailing possessions out of my apartment, lightening the load for future forays as yet unknown. The cultivation of intellectual and spiritual fitness has far eclipsed the collecting of material, even for this curator. A sign of the times. 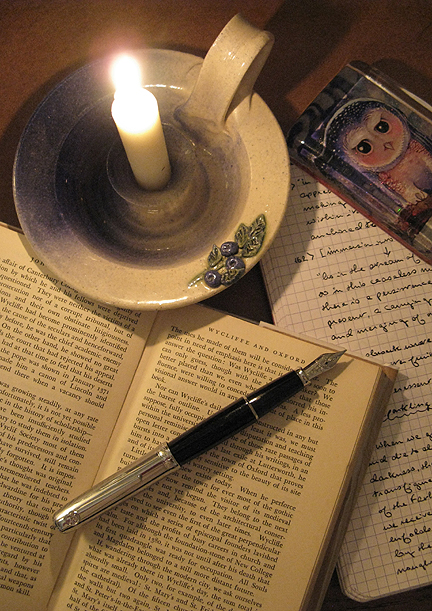 Along with keeping up the studies, journaling continues in various parts of every day. Noticing signs of these times, I’ve kept track of this era’s developing vocabulary and habits. “Keep well,” “Stay well,” and “Stay safe” have become mainstays in closures of conversations and written messages. I notice how greetings, even with strangers, include queries about physical health. I’ve even heard myself do this, along with the honestly caring, “how are your spirits?” Times of plague rooted the wishing of blessings upon those who sneeze. Conferring of blessings were noted during a 6th century pestilence in Rome, though the popularized “God Bless You” uttered for fear that someone might be falling ill dates from the bubonic plagues of the 14th century. I’ve also noticed hearing more of this in the recent two years.

It is obvious to see how we social creatures have sorely missed one another. Speaking with a small group of friends recently, we each had much to say about missing being parts of groups that would go to pubs, or cafés, or museums, or movies. “Movies!” exclaimed one of my friends, continuing with, “I can’t remember the last time I went to the movies!” We all miss hanging out, and unmuzzled no less. I’ll bet each one of us has taken up the habit of talking to ourselves- more than before. During some recent errands, driving by some triple-decker apartment houses on Portland’s High Street, I saw something that caused me to look again to see this wasn’t a statue: A man was standing still on his second-floor front porch, with one foot on a low crossbeam, holding a smoking briar, with the other hand parallel to his brow, gazing toward the distance. He looked every bit the ocean navigator aboard ship, but alas on a second-floor porch, gazing toward the streets. Alone in my car and indeed talking to myself, I said “aren’t we all at sea.” 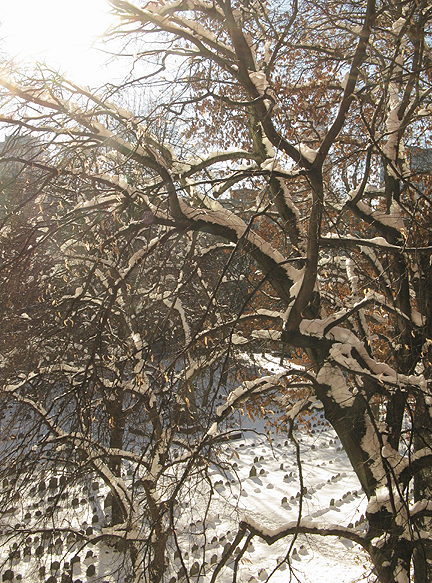 Perhaps reflecting the wariness of these times, I’ve noticed recent circulation of the old saying, “It’s not enough to start well; one must end well.” My own abbreviated version of this, as I press on, has been don’t drop the ball. Keep going. Hold firm to the very end, and nothing short of the end. Undoubtedly easier said than done, in the unforgiving desert of the present economic and employment landscape. Added to the fluid lexicon of this era is The Great Resignation, though barely detectable in northern New England, the general effect is yet to be fully comprehended. But the determined insistence to press onward amounts to a restlessness which I consider a motivator. I owe it to everyone and everything that has encouraged me to get this far. There remains a long way to go. 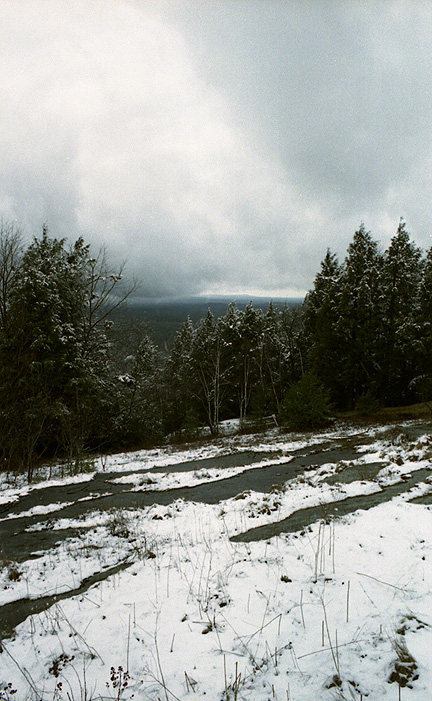