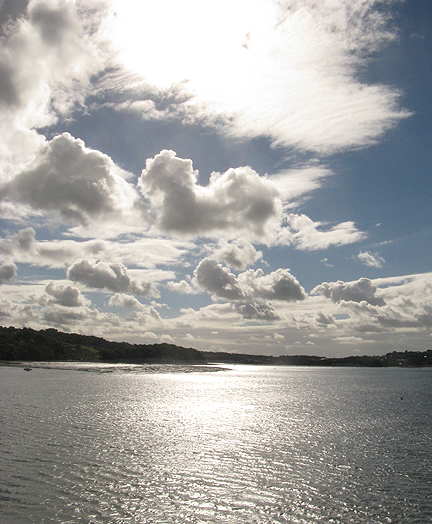 “The sky gathered again
And the sun grew round that very day,
So it must have been
after the birth of the simple light
In the first, spinning place,
the spellbound horses walking warm
Out of the whinnying green stable
On to the fields of praise.” 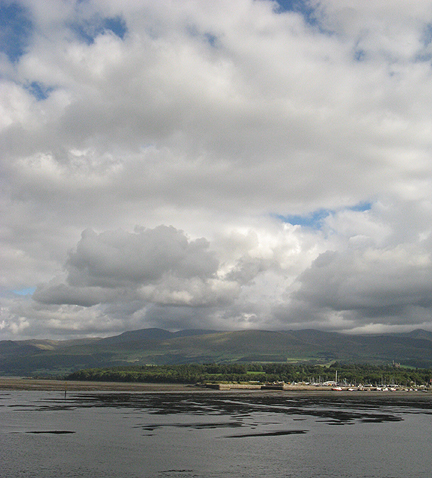 After having considered the elemental presence of the landscape and waterways in north Wales, this trilogy culminates with the skies. As well, this essay also completes the series of 14 reflections from my sojourns at Oxford and in northwestern Wales, this recent year. While hiking at a variety of surface elevations, I consciously noticed the skies and made sure to photograph changes over ocean and mountains. Texture and fluidity of formation caught my attention. Mountaintops and sky interlocked as form and counterform. At times, both sky and landscape appeared equally solid. 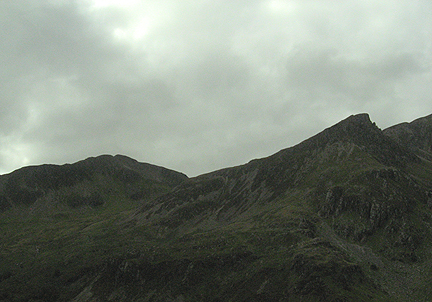 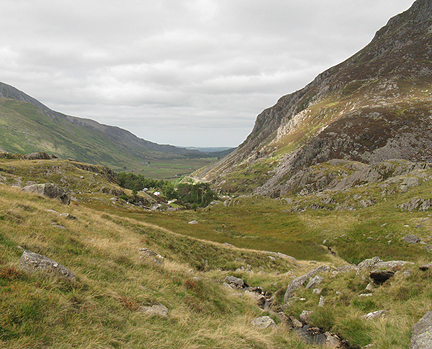 Along with these eventful skies, seasides and heights are accompanied by aromatic air. Being a Mainer, the assuring scents of pine trees and salt air have a familiarity equal to my home environment on the North Atlantic. The Welsh coast gave me plenty of reminders, with rain clouds and strong wind currents. Like the Maine weather, the skies above Wales are quickly changeable: rainstorms give way to brightness. Attuned to the subtleties of natural elements, and having time to appreciate them, it is possible to sense fine perfumes such as those of trees, earth, water, and distant woodsmoke. Even sunshine; the sky itself seems to have aromas. Moving air currents generate sounds, especially on windswept hills and mountaintops. An old favorite sound experience is that of wind currents sifted by tree branches; the effect can be astonishingly similar to the sound of ocean surf. 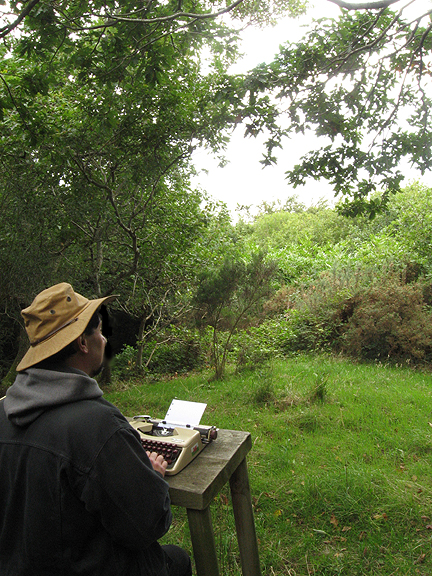 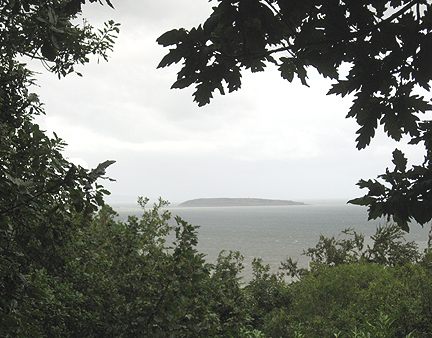 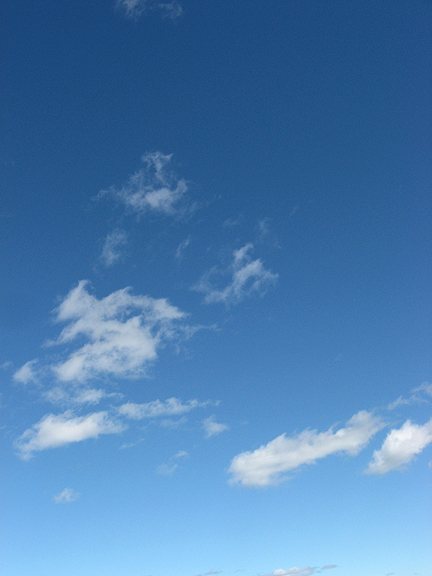 Noticing skies reminds me to exercise broader perspective. Matching the contrast between intricacy and vastness, the seen and unseen, is the distinction between lightness and weight. Gaius Glenn Atkins wisely observed how life’s course imposes “the immense burden of finding somewhere beyond its restlessness and contradictions healing regions of unity and stability.” As kindredship with the ocean and landscape helps provide context to my steps, gazing skyward gives reference points to finite paths. Ironically, the heavens give ground to our souls. 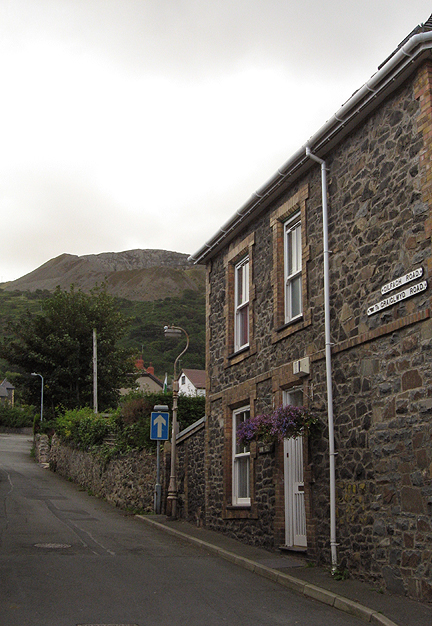 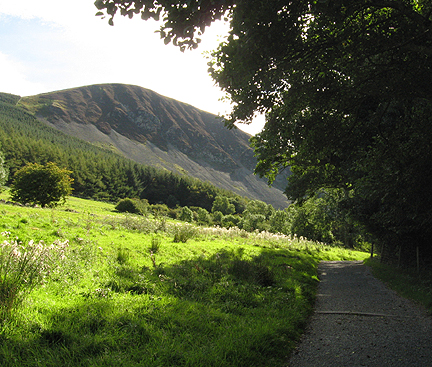 As expanse and proximate interchange, making note of sky and air finds a deeply personal connotation in that of one’s very own breathing. My deeply-embedded upbringing and life experiences in densely urban places has influenced the way I tend to perceive scenery. I remember an occasion during which I was able to see art gallery walls lined with my photographs. It surprised me to see the forest scenes and city views had in common vantage points between 2 and 50 feet from the subjects- looking straight or down. It seemed I had been recording motifs along the Appalachian Trail as though I had been looking across streets in New York. That amusing observation caused me to vary my angles of view. Over the recent years, I’ve learned to look upward. The skies are not to be missed. There is great value in seeing beyond our close confines; that is an abiding lesson demonstrated by the mountains and ocean. From very close and structured quarters, knowing to make note of the sky reminds me of transcendent immensity. Looking to the skies, and knowing to do so, is part of my training to be undauntedly hopeful. And, indeed, perseverance is easier to say than to successfully practice. Steadfastly looking forward and upward, without seeing results, is hope’s trying crucible. The biblical apostle Peter bids the readers of his first letter* to look heavenward to blessed hope. He begins by referencing historic predecessors who aspired to holiness, guided and aided by the Holy Spirit. In poetic perspective, Peter adds that “angels long to stoop and look into these things.” He then returns to his reading audience, exhorting us to “fix our hopes calmly and unfalteringly” upon the grace that comes to those who hold fast by faith. In affixing our hopes deep within, we express certainty in finding purpose to our many rugged steps and days. 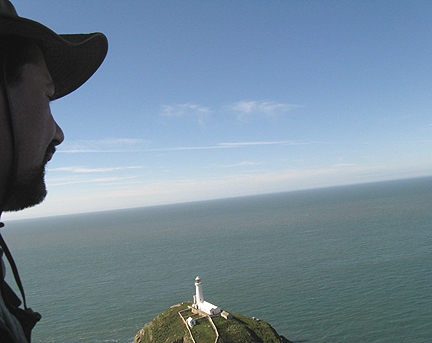 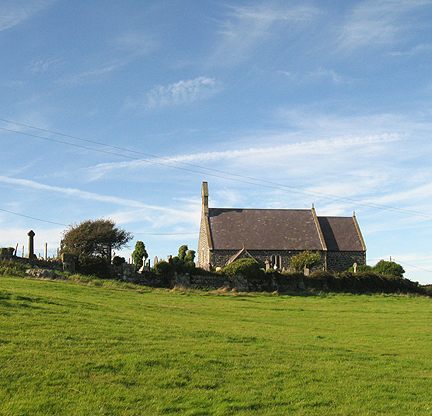 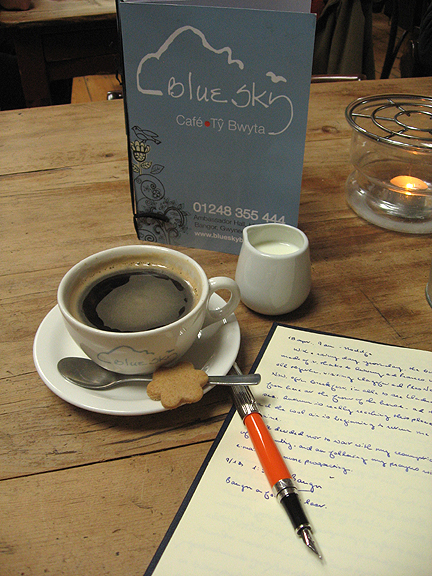 Perhaps when we gaze skyward, we see the same skies the ancients saw. They noticed the same sun, spheres, and constellations we can see now. When I teach architectural history, I instruct my classes to approach historic buildings with interpreters’ eyes. “Look up for the past; look down for the present.” This is to say that by looking to upper levels they will see much about when and how the building was built, and by looking at the sidewalk level they will see today’s commerce. Many throughout history have considered wide open space as forbidding and empty of life. By contrast, when I look skyward to uncontainable vastness- even to the nighttime void- it is consoling to behold something so much greater and grander than the reach of a human being. Looking to the timeless offsets the habitual fixation with the temporal. 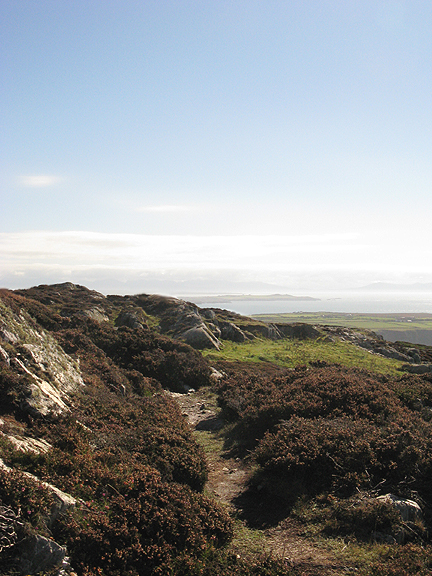 Bringing these elements together, my travels back to New England traversed land and water, via air. As with many westward transatlantic flights, my return trip spanned daytime hours, allowing for views above and through clouds. Iceland was damp and heavily overcast. The Gulf of Maine and Massachusetts Bay were calmly welcoming. 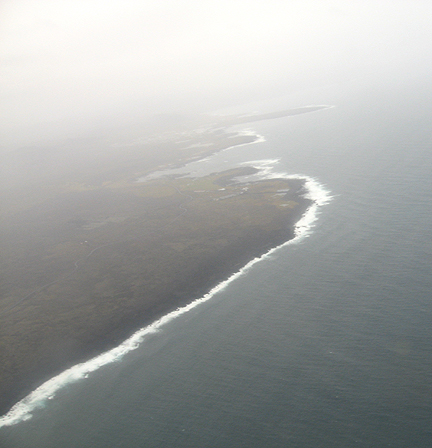 Above: Iceland.
Below: Massachusetts Bay. 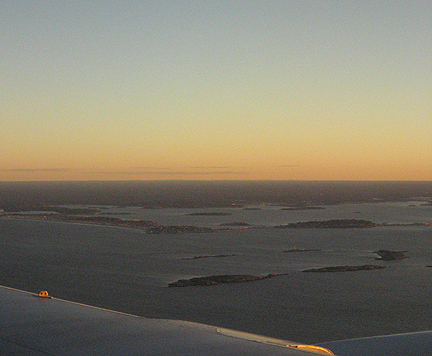 From my busy Oxford residency to my retreat and return to north Wales, I understood among many things not to let my thoughts narrow or become too earthbound. The ancient Psalmist whose words** translate as “look to God and be radiant,” may as well have said, “look skyward and be assured.” To be awed by what is grand and unfathomable is at once fearsome and sustaining. Accepting mystery in the forces of creation remind us of our participation as mere ingredients in an immeasurable continuum, pursuing knowledge, beauty, and grace. 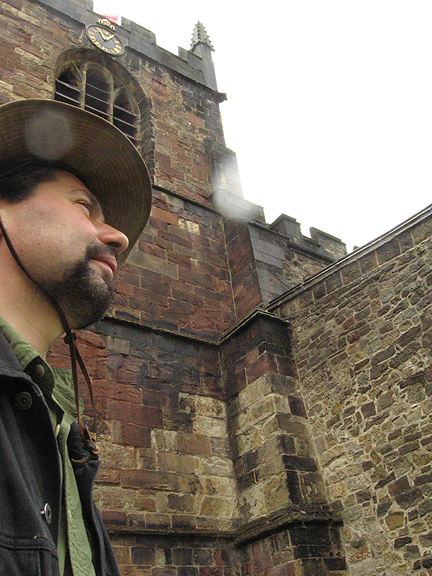 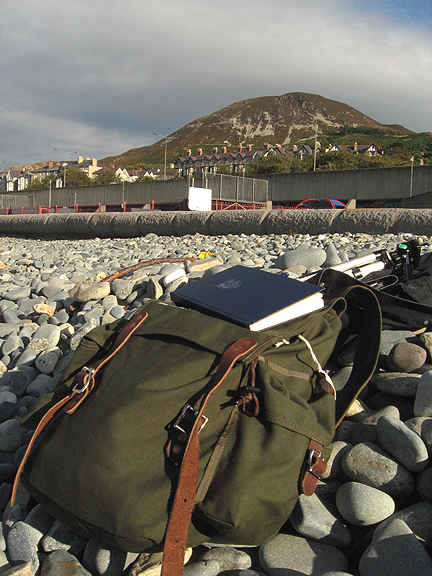 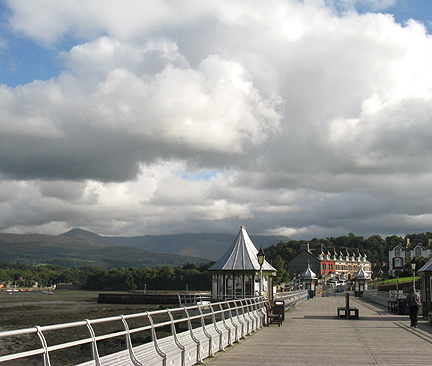 Bangor Pier, on the Menai Straits.

Posted by speculator at 8:56 PM No comments: