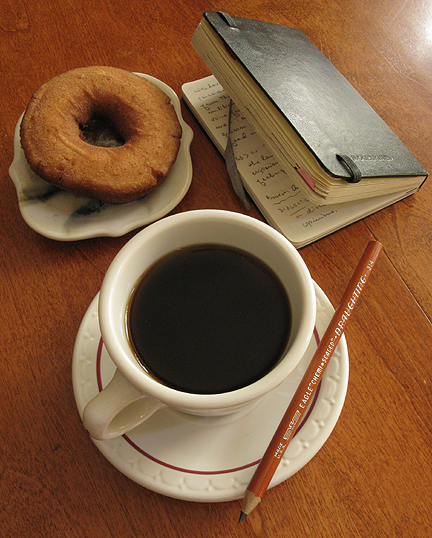 “A vocabulary of truth and simplicity
will be of service throughout your life.”

Voyaging through the present pandemic is now beyond the half-year mark. Places of embarkation are long out of view. Horizons are yet to reveal lands of safe arrival. We were all told this would be a long haul; now we’re really seeing it, but are yet to see the other end of this tribulation. In short, the duration of this indefinite and provisional time is unknown. Respecting the rules concerning quarantining and traveling, all my scenery is limited to being very close to home. There’s my apartment, then there are the views from my apartment, the little streets nearby, and the ocean. Living on a peninsula, looking out to the Atlantic is how I can see horizons these days. Navigating these times is that part of a sea crossing during which traces of terra firma are not visible. All that tangibly remains is the going; the baroque philosopher Suárez would’ve said the transition between substances is the modal distinction. And the transit is somehow an entity. Had he lived in a place like the Maine coast, he might’ve left us observations about boat wakes. But the present is one of being at sea. 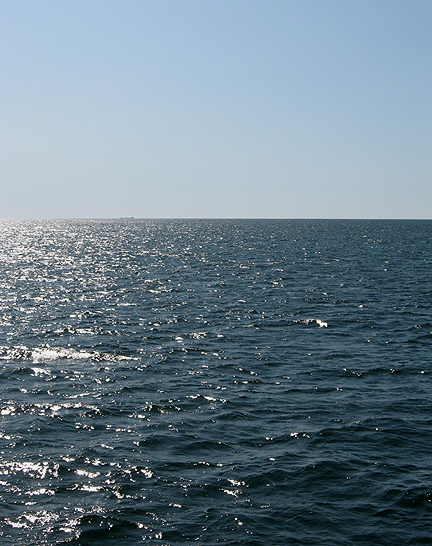 Enduring these months is a learning experience of what to eliminate or change. There are shortages and there are pinched resources. Less money, in the face of inflation and reduced pay, but less to buy. Three full tanks of gas in my car, in six months. Having less causes a discipline of needing less. As the workplace began requiring a weekly on-site workday, I’ve simply treated my department like a quarantine: A straight-out eight-hour day, with granola bars and thermos of coffee. There are no places to go for lunch, anyway. Then it’s become two days on-site. More granola bars for the perpetual motion. I just want to get the work accomplished, plain and simple. Perhaps it’s an imposed austerity, but the workplace is the place to get work done; there is no more socializing, and it’s hard to tell how much longer the situation will last. I’ve noticed myself working faster and more strategically, as I cram all I can into those hours. Working from home is no less industrious, but it’s much safer. Most of us are under pressure to make the best of a bad situation. I’m grateful, at least, to be working. Life is surely muted and compromised, but I’m always brought to step back and consider this context when I see the clusters of those encamped in the city park with no place to call home. The pandemic forces us to learn to not take tomorrow for granted. 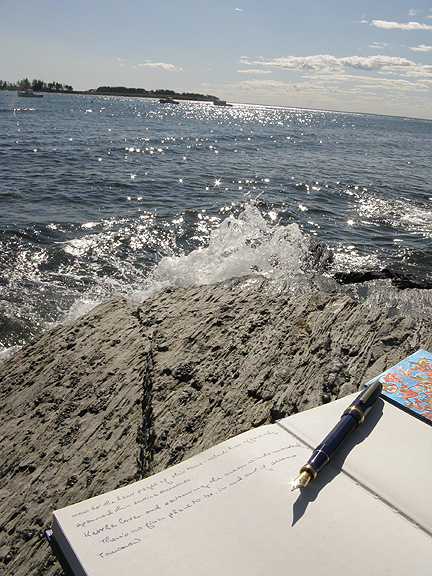 Along with adapting my perspective as necessary reactions to these times, there remain ways to turn the can’ts into how-abouts. For things that can’t be done, how about this-or-that? I’ve occasionally made my desk at home look like a table in a café. The price is right, and I chose the music myself. No traveling has meant no healthful, renewing retreats; my last sojourn was in late January, and there’s no telling when I can do this again. I tried a “virtual pilgrimage,” offered by a contemplative community in France. There were reflective texts, art works, even views of mountain scenery. Well-intended, indeed, but melancholic for me to be away from fellowship, the aromas of the woods, and the promise of the upward roads. Not every can’t has a compensating how-about. This recent half-year has been a combination of restlessness, sedentariness, and exhaustion. Yet, still, I’m very conscious of my hope to be able to write about this odyssey after it becomes safe again to move about and congregate normally. 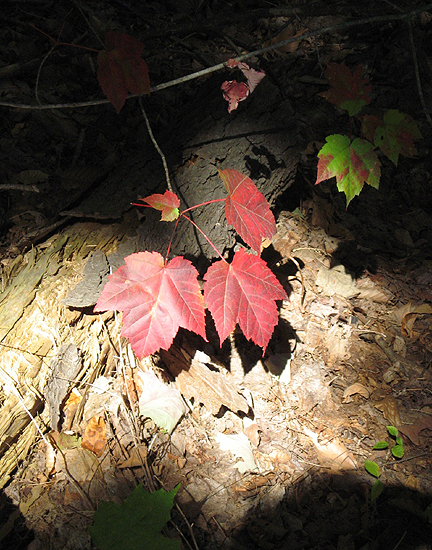 Survival thus far has meant isolating, doing without, muting energies, wearing a facial covering when outside quarantine, and noting the passage of irretrievable time. And then there’s simplicity. Ambiguous, to be sure. The first sentence in this paragraph lists some of the negative aspects in the unfortunate simplification of daily life. Up against this, positive simplicity needn’t be portrayed as the upside of down. To continue simplifying every side of life is the most responsible thing I can do, leaving some room for creature comforts. After all, this voyage is about survival and sanity. But the positive side of plain and simple is in finding the good in the unextravagant. Running my nuts-and-bolts errands, such as what I call “stealth grocery shopping,” on a weekend day at 6:30am- an ideal time to socially distance- I ponder the better sides of basic. Stopping for a treat at my favorite doughnut bakery, steeped in the perfumes of pastries and so many flavors, I chose a plain doughnut. No doubt, these are fantastic in their plainness, such that I could taste the nutmeg. A old-fashioned just-made plain from Tony’s has the slightest crunch; perfection in its very simplicity. 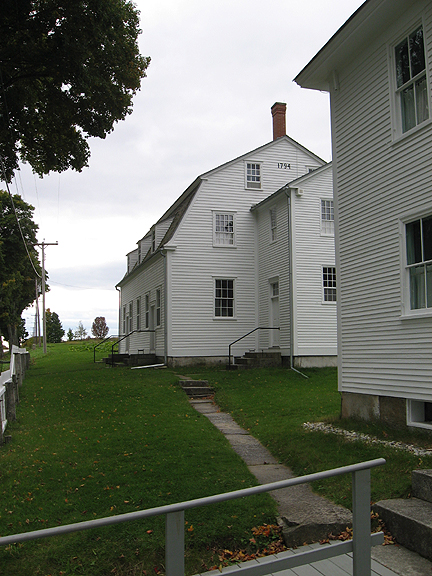 Just up the road apiece from here is the world’s last Shaker community. In the 19th century, a member of that community wrote the song “Simple Gifts,” which is known around the world. It begins with:


For the Shakers, simplicity is regarded as a liberating gift. It’s a gain along the pilgrimage of life. This kind of perspective is also found among many spiritual communities and monastic orders. A Quaker’s reference to a person as plain is a great compliment. I remember an elder of the Portland Friends Meeting speaking reverently about a person he admired as being “substantial,” and having “deep roots.” A beautiful, eloquent plainness. 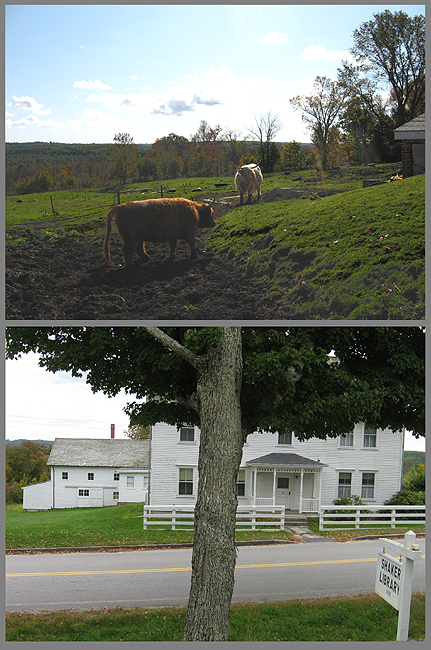 Whether it was during many years of being extremely busy in social circles, or now in spartan isolation, I’ve seen the value of keeping things simple. This is how thought processes and methodologies retain clarity and structure. That “gift to be simple,” as the Shakers taught so many to sing, is also the grace to be very clear in thought and intention. Simplicity, like honesty, is great cause for taking stock. And when we say “simple as that,” we’re describing something highly complex! A photograph such as the one I made of the coffee, journal, and doughnut (at the beginning of this essay) may be “deceptively simple.” The composition is designed so that viewers’ eyes move through and around the image, not landing statically in one place. Simple and somehow elaborate. 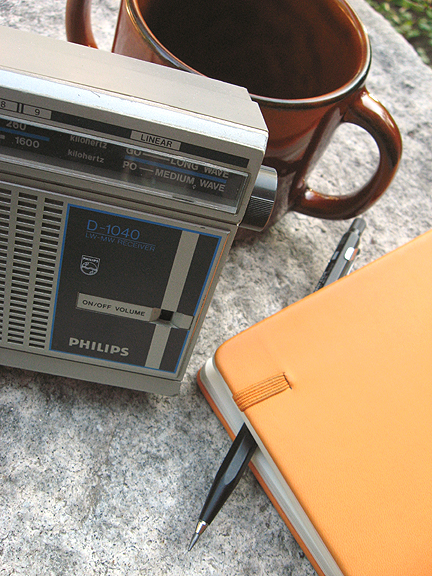 Contending with this global health crisis demands compromises, paring-down, simplification. When I stop to write in my journal, noticing how quiet downtown streets have been for months- in a part of the world that always has bustling summers- that’s when I realize the complexity of my tactics that have centered around regaining semblances of normal. The comforts are humble, but their meanings are profound: writing, reading, sending and receiving letters, music on the radio, familiar foods. Parallel to my hours of compressed work commitments is a conscious fermenting with hope to emerge from this as one who will be better cultivated. The basic is the basis, and the most understated forms of modal distinction are conduits to real treasure: written words and spoken words, sounds, tastes, musings, prayers. A Franciscan Brother in France once said to me, “Go to God with trust, simplicity, and affection.” I could gather that beneath his phrase were strata of education, lived experience, and deep roots. From such complexities traversing the cycles of time, the simplest solid truths emerge.