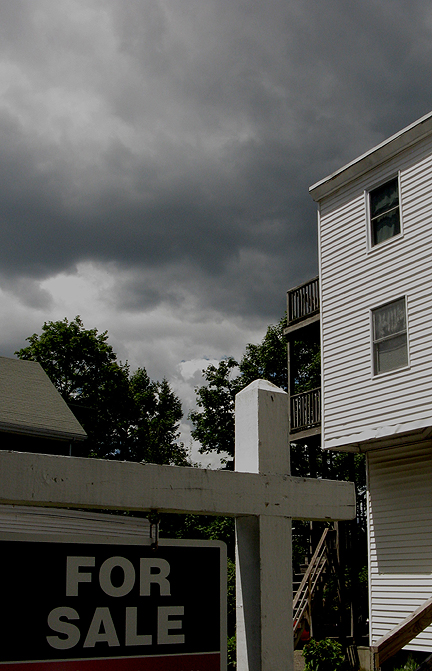 “They’re building a new gallows
For when You show up on the street.
Polishing the electric chair,
They're gonna give You a front row seat.
Heard a sneer outside the garden,
Salutation so well heeled;
‘final stop no points beyond struggleville.’”

~ Bill Mallonee and the Vigilantes of Love, Welcome to Struggleville


Humidity and thick, heavy, opaque clouds during a drought. The skies are remembering along with me, and they, too, want to weep yet somehow cannot. My notebook pages are weighted down with two rocks, as I perch to write in front of my desk fan during this heat wave. Neither fresh nor cold, the fanned air is at least moving. I’ve had a few months of living my farewell to the building that has been home for most of my adult life. Recollections and sadness are forcefully overshadowed by unrelenting, desperate searching for a place to live, as the building’s ownership changes. Equally unsure about the where, is the when. When do the multiple rows of dominos tip, with respect to the sale and dismembering of the apartment house, the finding of the next place, and the general big-picture future? Will the sequence of events permit for a dovetailing of addresses? Those multiple rows do not necessarily run in parallel formation, and surely not at identical paces. As for the professional work I’ve diligently cultivated and refined, the future is also unclear. When do the metaphorical yet solidly vital doors open? When do things tangibly improve, after so many hardworked years? When do the sown seeds come to fruition, and what has really been sown? How late is the hour?

My unceasing prayers are for Divine mercy, not solely for myself but for all. Where, and when? Indeed, persistent prayer meets its greatest adversity when there are no affirmative answers, when intentions and petitions remain ungranted. My own response to these perplexities is to soldier on; it is no passive matter. Long before and steadily throughout these pandemic times, the officium Divinum has been part of every day- especially the early mornings and at night. The movements of the day, regardless of quarantines, disruptions, isolation, and threats of displacement, can still be accentuated with the Psalms. Although I’ve seen this at four-week intervals, only last week I noticed this in the midday office: “Help us to be faithful to your word and to bravely endure our exile.” It takes strength to transcend passivity. 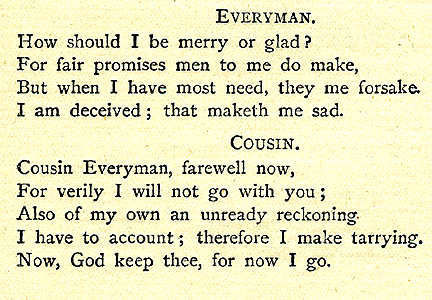 These recent three months have been much like the past thirty months of this pandemic era, annoyingly exemplifying the state of being at the mercies of too much and too many that are unmerciful. As the word empathy has come to be used in place of the more casual sympathy (or sympatico), the words mercy and pity are popularly interchanged. The pairings have their similarities, but each definition in their respective full strengths signify significant practical differences. Are you a watcher or a doer? The medieval morality play Everyman is about the journey of the character by the same name who is both tested and tests the intentions of his fairweather friends. After he is told that he must complete his life’s voyage to its destination, Everyman asks his various friends if they would accompany him. His old pal Fellowship starts out with pleasantries, but backs out at the prospect of a hard road. Even his familiar Cousin says his toe hurts, and adds he has an “unready reckoning” anyway, to which Everyman observes: “Fair promises men to me do make, but when I have most need, they me forsake.”

Everyman’s friends sound like Job’s, and like too many people all of us know, thus he falls upon his own stamina and spirit. Even his personal property failed him Adding insult to injury, his wavering buddy Good-Deeds may have just as well used a social media channel as he says, “Everyman, I am sorry of your fall, and fain would I help you, and I were able.” At last it is Knowledge who sticks with Everyman, introducing our protagonist to Strength, and Beauty, and the Angel. Upon reaching his hard-fought destination, Everyman stretches forth and says, “Here I cry God, mercy!” Having neither more nor less than his own soul to offer, Everyman affirms, “In manus tuas of might’s most; for ever commendo spiritum meum.” “Hang in there” is something many of us hear quite a lot. Most of the time it reminds me of the desolate Everyman, but not always. When the manager of my local supermarket tells me this, after asking how the housing search is going, I can tell the wish is heartfelt. This morning I heard the words from my usual bank teller who also means it. She told me the story of her two years’ search for a house during the recession of circa 2000. Having endured the hardship illustrated her sense of understanding. The anxiety-laced dance of hypervigilant hunting for a place to live has removed relaxation from all parts of these months. My thirst is for the days I can go home to wherever my writing table will be, kick off my shoes, open the window for some fresh air, and just plain take the situation for granted. I believe many others do, as well. According to local news, southern Maine now has a shortage of at least 9,000 places to live. Not sure how that is measured, but I’m sure the number would be much smaller if not for the scourge of short-term rentals in residential neighborhoods. A recent local news article observed that “houses are no longer primarily thought of as homes, but as financial instruments and investment pieces.” In my neighborhood, I see town houses sold and resold and resold, without so much as a chair traversing a threshold. A major front-page article spotlighted an evicted family who live in a camper they park nightly at a Maine Turnpike rest stop. In response, concerned neighbors raised money to help, though the family’s search for a place to live continues. A social worker acknowledged the crisis conditions of the state’s housing shortage, adding, “If you’re on a limited income and have no other resources, you’re really at the mercy of the market.” Where is that mercy- and when? 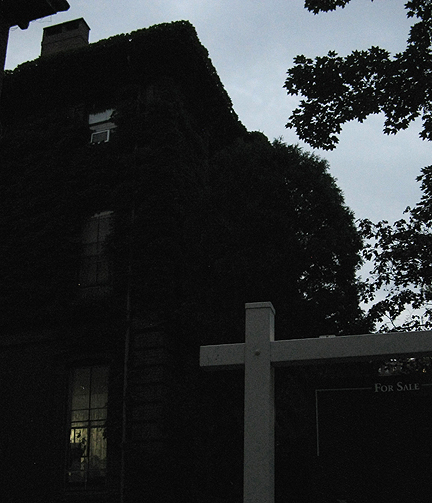 This four-month tribulation which is embedded into the 2½ year pandemic is unresolved. At the still-unknown yet anticipated other side of these times, all of us will surely have tales to tell. In my daunted search for mercy, including my own Everyman experience, I wonder about misinterpreting life as transactional. Alas, mercy and respect cannot be purchased; you either have it or you don’t. A friend of mine who spent years trying to earn his tenure at an elite college talks about how “the good jobs get handed out” to cronies rather than to the most talented and accomplished. He said this even after he got his offer. Favors come to the privileged, to those who least need them. I’ve yet to figure out how to excavate good fortune, or to somehow generate it. Inevitably, all involved need to have their hearts in the game. I certainly do, but I’m not so naïve to assume that friendly territory abounds. Well, so does old Screwtape; I know. At the same time, I can choose to be merciful, and that comes through my willingness. Does that mean my pursuit of life and holiness continues independently of the Almighty? Or course not. Invoking the wagering philosopher Blaise Pascal, I don’t dare to do so. Like the character Everyman, the mind and soul are not to be compromised, even as the comforts of home and home itself are pulled away. In addition to holding fast to faith and mercy, another critical trajectory is openness to compassion- and even goodness. Openness means there may yet be good results. Lately, with an upward smirk, I refer to the rent-free realms of contemplation and devotion. I hear tell that parking and utilities are included. 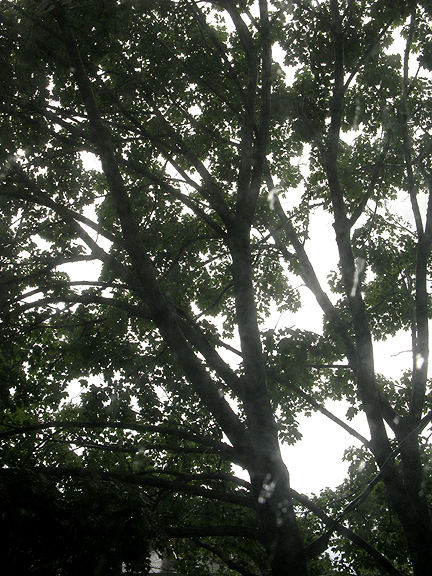 Posted by speculator at 8:11 PM No comments: