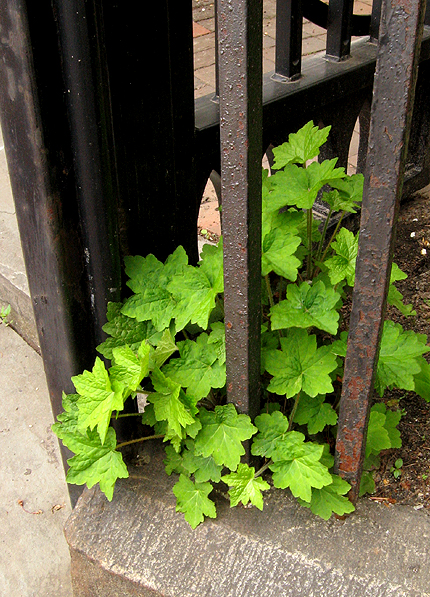 “Longing to be spirit alive...

Though exalted our hopes
no less real shall they be;
in compassion faithfulness thrives.”

~ Spirit of God, by the Monks of Weston Priory

The grey-and-black satchel that I take with me to work every day has been at the foot of my desk at home for eight weeks. The flap stays folded open. It’s been grounded, as I’ve been fulfilling my work duties from home for two months and counting. During the weekend of the 14th and 15th of March, I had removed my journals, calendar, and pencil case as I would on any weekend. My satchel hasn’t been used since; it simply leans at the ready, its contents unchanged since its last time slung over my shoulder. I haven’t had the heart to unpack anything from it, but recently thumbed through the unfinished lesson plans, February newsletters, and forms related to travels that had to be cancelled. There are serial articles for lunch-hour reading, customer cards from a number of cafés and eateries, a pencil sharpener, my Charlie Card for the Boston transit system, a comb, and spare camera batteries. All dormant. As with my car that has a full tank of gas and a nice new inspection sticker, that satchel-shaped time capsule is still ready to be used- once there’s a place to go. 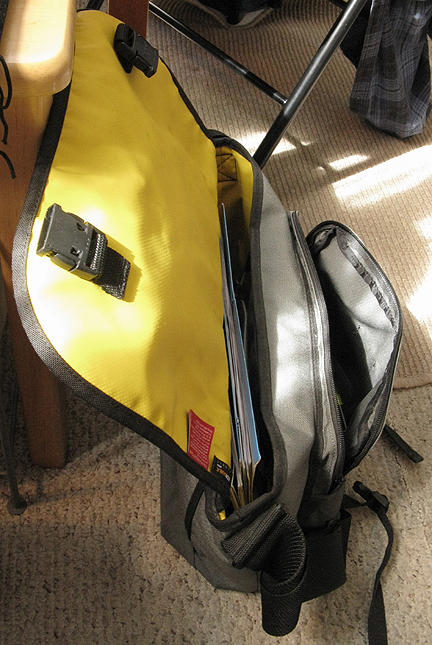 Certainly these recent weeks have been consumed with stabilization efforts in the wake of societal whiplash and enforced lockdown. I’d glance over at the open satchel with much the same disengaged attention with which I’ve been regarding the casualty numbers in the news. Yes, it’s there and this is so, but if I look too closely it’s going to be more difficult to deal with things that are immediately at hand. I believe many are stuffing their absorbed trauma. The urgency in the context of my responsibilities are matters of safety, health, continuing to work, meeting expenses, and finding ways to stay even-keeled. At the same time, I’ll admit to noticing things like my trusty satchel, my camera that has film in it, and the forms I was supposed to bring with me to the Bodleian Library for my return sojourn in Oxford. Everything has to wait. Waiting and endurance constitute the half-filled glass to counteract the void of maybe-never. Listening to widespread fears and frustrations, while combating those of my own, rotates around a core of longing. While we sense everything to be out of control, we long for the confidence to fairly expect the near future. Many are longing for people and places that cannot be visited. It is a longing for all that is gone from reach. In deprivation, pronouncedly noticing what is missing is itself a distraction that my instincts reflexively and defensively distract in order to keep going. 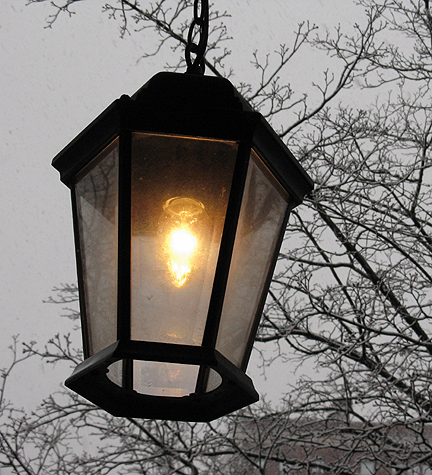 Living in lockdown is an exile, but in familiar confines. It is a purgatory of undetermined duration, but many of us prefer the idealism of assuring one another of see you later. Willing a finitude upon this indefinite crisis complements my intact satchel, loaded camera, and studies. My mother sent me a text message saying, “we will get through this,” and I am basing all my efforts upon this insistence. My apartment is a safe and sound sailboat on an ocean of polluted currents, and when I must moor myself to run errands I vigilantly disinfect upon returning aboard. I am quite far from a stereotypic germophobe, but all wise counsel informs me to take nothing for granted. Shortly before the lockdown began, a neighbor brought me homemade face masks, which get daily use. I have my “dirty shoes,” which stay outside in the hall, and “dirty gloves,” that are also part of my armor- especially for the weekly grocery errand, albeit stealthily done at 7am. A lot of spent energy, amidst a lot of wasted time. 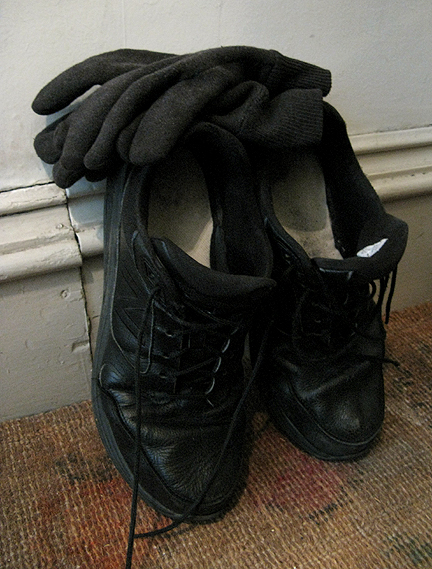 Above: the dirty gloves and the dirty shoes, out in the hallway.


Sudden desolation has caught many by surprise. When the plague was called a “novel virus,” there seemed to be a media-promoted novelty in reporting how many households were beginning to operate in bunkered isolation. Whatever was novel wore off, as we’ve all seen spectacles of hoarding, profiteering, and inhumane cruelties. But there are also parallel threads of compassion in our midst. Among social, cultural, political, and even workplace dynamics, the present is an exaggerated version of life before March 2020. While the mean-spiritedness is cranked-up, displays of goodness are intensified. Ineptitudes have become severely hazardous, and kind gestures have become lifelines. Right before our eyes. 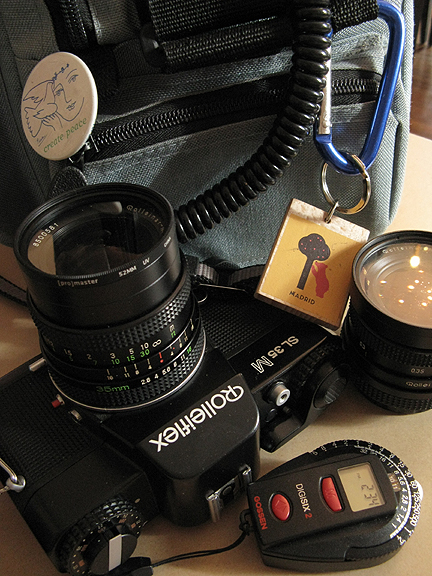 Amidst the present culture of extremes, there are understandable obsessions with reaching across time. Looking forward, or wishing to do so, is an affirmative in favor of life beyond this purgatory. But then there are the prognostications that I’ve learned to identify in the news: “at this rate, there could be,” “ a possible trajectory,” “if this happens, then that could happen,” “we could be seeing,” -all of which I’ve trained myself to detect. Yes, there are messages about the present, about what to be prudently aware of now, but resisting scattered predictions has become necessary. And then there’s the reaching back. Memory is a source of consolation for many. I witness this as I continue working as a professional archivist, I notice this in popular media, and I find myself doing the same with my own remembrances. Sports radio stations are playing vintage broadcasts of championship games. Past events are re-broadcast. Nostalgia is a powerful emotion that combines fondness that is often tinged with sadness about the past. 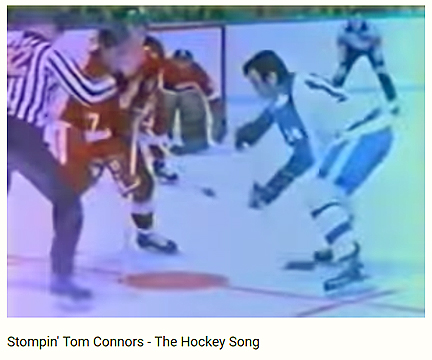 Nostalgia can also reach the depths of grief. Again, I see it, hear it, and experience it myself. While organizing some local history and providing some healthy distraction for my library patrons, I wrote an article about hometown hockey. Careful to get the archival photos accurately captioned and aligning names and dates, I thought I’d add some appropriate audio. The old Stompin’ Tom Connors song about the “good ol’ hockey game” came to mind, and I added the footage-illustrated video. Proofreading the essay, I re-watched the video and listened to the familiar song that I’ve heard countless times at hockey arenas. Well, this time the sights and sounds filled my eyes with tears. That was unexpected, and I needed to just dig back into the work, being “on the clock.” Apparently, I had to reckon with a few more shocks. A few days later, continuing to work on the major digital archives project I created, but now logged in from my dining table, I assembled scans I made of negatives shot in the early 1940s. The pictures showed Christmas shoppers on Congress Street (Portland’s major thoroughfare). For the archival descriptive notes I identified the stores and coördinates, recognizing the buildings that still exist. But the moments frozen by the photographer back in 1941 captured the bustling sidewalks, the chatting pedestrians, the seasonal weather, and even the trolley cars. Prepping the scans, I was swept into these compelling images. Even though I’ve been curating these pictures daily for a decade, these images suddenly looked different to me. There were the gestures, the time of year, how close everyone was on those walkways, and that I know these corners and streets from my own times. I needed to stand away and walk around my apartment, finding this strangely overwhelming. Then I dug back into the work. My employers need statistics, which means I need to continue being productive. I am certain this state of purgatory has affected my sense of time; perhaps yours, too. 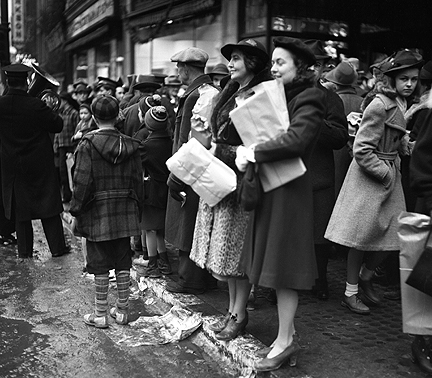 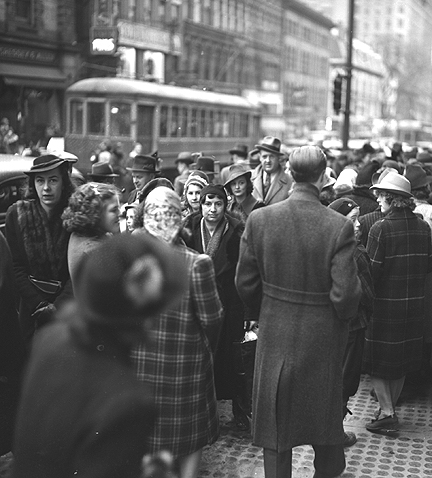 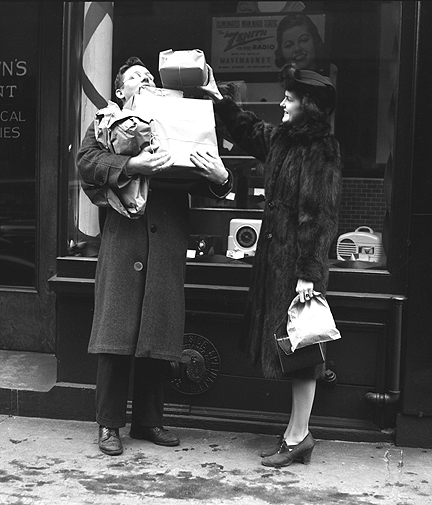 In this imposed immobility, I am consciously grateful for the travels I’ve been able to make through the years. Thus far, says the optimist within. Surviving this crucible means there will continue to be pilgrimages and more opportunities. But first to live to see that other end of this trial, to emerge from the danger of exile. And while dreaming ahead, my lurking hope is that time isn’t being wasted. My gratitude extends these days to the small personal library I’ve assembled over the years, as well as the reams of notes I’ve made through dozens of research sojourns. All the quotations, annotations, and references are now transcribed and searchable- built for present and future uses. Much of this resourcing has been to help me as a teacher; my repository of scholarly notes has become a ready archive of inspiration. Years of savouring the discoveries I’ve made in the manuscript rooms and rare books libraries of my travels, I’ve somehow created my own version of “strategic reserves” which are feeding me now. 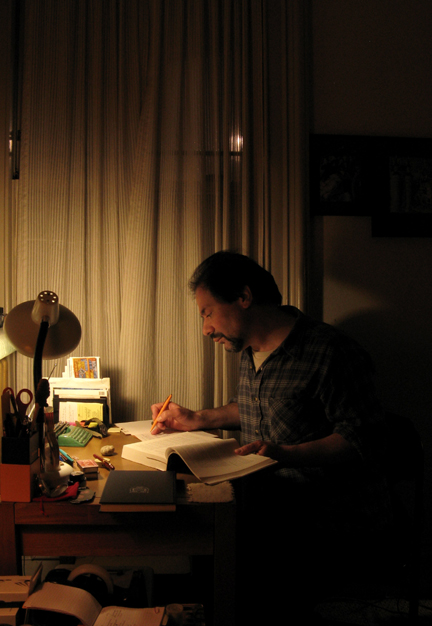 My own scratch-built annotated index to Saint Augustine’s Civitate Dei, helps me continue mining gems out of that great work. In book 11, chapter 27, the great philosopher of Thagaste (north Africa) wrote that we desire much more than to merely exist, but to comprehend. Augustine said that human beings would sooner choose sanity even if it makes us sad, than insanity even if it makes us glad. He asserted that we are repulsed at the prospect of annihilation, even during times of misfortune. Then he broadened his observations to include all living beings- that all creation really does long to live:

“Why, even irrational animals, with no mind to make such reflections, moving to avoid destruction, can, in some sense, be said to guard their own existence from the greatest serpents to the tiniest worms, show in every movement they can make that they long to live and escape destruction. Even trees and plants move to guarantee sustenance. They attach their roots deep into the earth in order to thrust forth their branches safe into the air... seeking the place where they can best exist in accordance with their nature.”


With those trees and plants, I am attaching my roots and reaching upward, stretching for the life of the Civitate Dei. As yet, it is uncertain as to how this time will alter my composition. In their liminality my satchel, tools, and car stand by, intact, for good reason. I’m finding out one can sow and construct during the purgatory of confinement and impairment. We cannot fully know the mystery of our own cultivation. The inward journey becomes the principal pilgrim road. 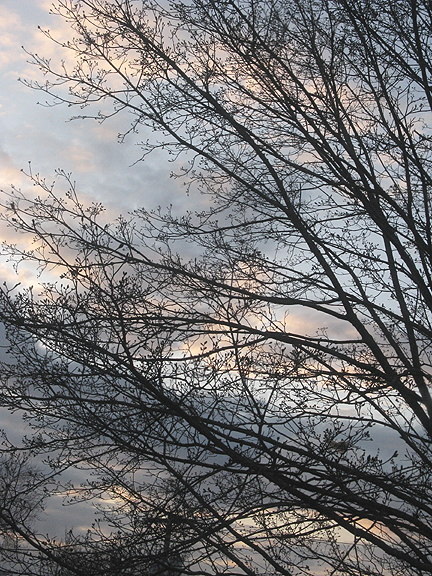 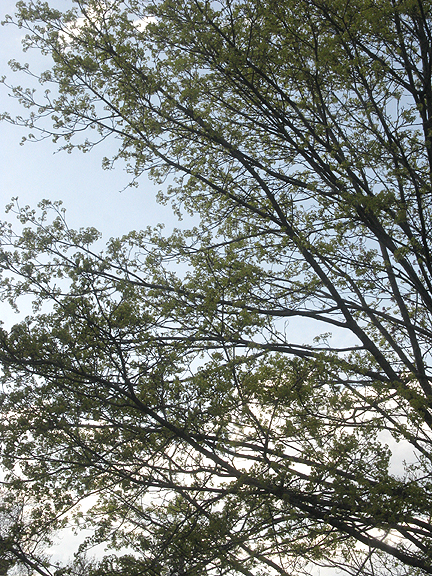 One day we will again be able to venture out and the streets will be filled. For quite a while though I think we will be separated and masked.