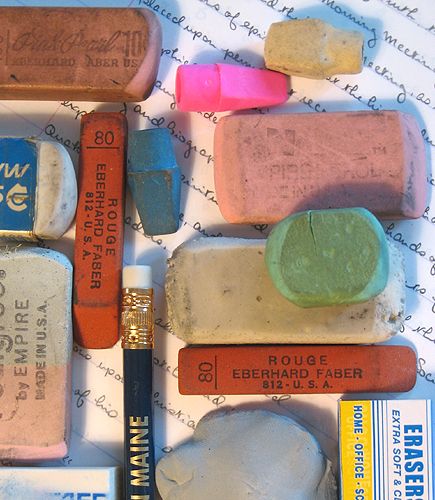 “The labor, of course, is in the unrelenting struggle
to banish the countless distracting thoughts that plague our minds
and to restrain them beneath that
cloud of forgetting. This is the suffering.
All the struggle is on man’s side in the effort he must make
to prepare himself for God’s action, which is the awakening of love
and which God alone can do. But persevere in doing your part
and I promise you that God’s part will not fail.”


Our journeys are accented with words and images. The words may be written as well as spoken. How many of the events and words remain committed to memory is not always within my control. The popular adage, “making one’s mark in life” lends reference to accomplishing major, even indelible, works. I assume there may potentially be many marks. With adventures we accumulate figurative jottings and storied anecdotes.We may hear a lot of “don’t mention it,” or “think nothing of it,” but that doesn’t always prevent us from mentioning and thinking.

Darting across the rainy streets of my lunch hour today, I thought about the lasting marks. Which memories are not washed away by storms? I wondered about the gathering of words, images, and information, balanced by some means of erasure. Our events are irreversible, and that is in the nature of action and coexistence as we live. Our recollections remain, and these become potential resources to inform our own navigational charts. Can there be an eraser? So many works and expressions begin and end in figurative charcoal dust. As it is with time, reflection is fluid and fleeting, with graphite jottings subjected to smudging and erasing. 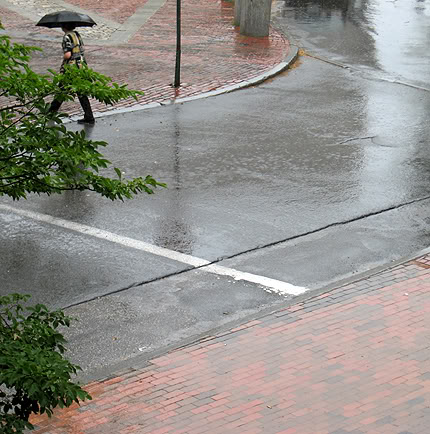 Memory fascinates me as a uniquely human mystery, particularly in its intricacies. Experientially I am aware of remembrances’ powers, both within and in my everyday work as an archivist. Recollections accurately called forth may be both blessing and liability. Indeed, my musings have oft visited this double-edged sword. This time I am contemplating how an eraser of thoughts can be employed. At times a shared history can become a corporate memory- the type from which more than one person can draw. In this instance, I am thinking of personal recollections. My vivid memory seems to produce a random rotation of reminiscence, perhaps depending upon what touches off the images.

Ancient minds used the imagery of an ethereal written record. Inscriptions in the Book of Life. Perhaps the geography of the spirit has a gazetteer. The Psalmist prayed for offenses to be blotted out. Can the engraved be erased? Isaiah penned these consoling words to those in his midst, in the 6th century BC:

Though reconciliation may come to me from high and low, it remains for me to forget what is reckoned with, and past. The clouds of forgetting may be the strata beyond remorse and resolution. 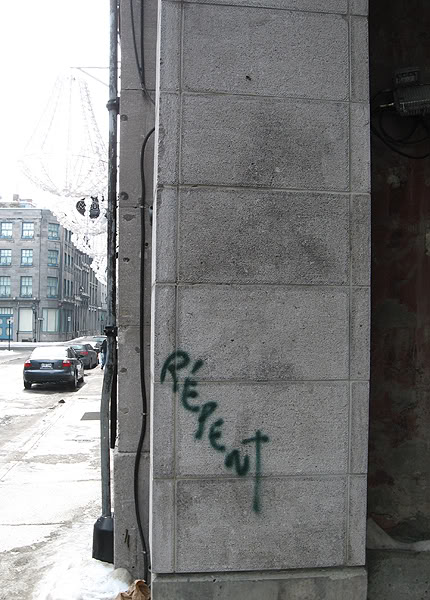 Encyclopedic lives comprise details and nuances whose justice can hardly be served by mere words. But that doesn’t discourage me from trying. There is imagery to accompany the words. And editing, too; involuntarily subjected to our interpretations. Perhaps the additive aspect of living implies a natural subtraction. But what of that which is difficult- perhaps impossible- to erase? A wise friend used to tell me about wanting to be as a stream that runs clear.

To erase is to remove scribed marks by means of abrasion. Other ways to clean documents include light-bleaching and alkaline aqueous washes . When I think about keeping a clear and unjaded vision, the clean slate comes to mind. A tabula rasa, translated, is a “scraped tablet,” a renewed writing surface readied for new inscription. With palimpsests, scraping away portions or entire layers of text, reconditioned parchment for new illuminations and words. With our computers, we simply reformat drives and overwrite files. 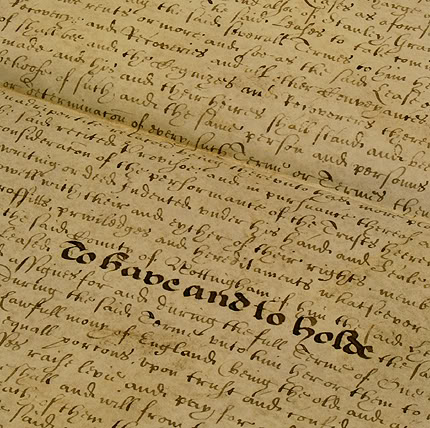 In recent years I’ve instinctively found myself practicing my own way of reckoning by overwriting. It was one of those unintended solutions that occurred quite by accident. A career change and the beginning of my hard-worked graduate school odyssey were my attempts to recover from a deluge of intense personal crises. As the worst of it passed, including a near-death experience, I had little left, aside from my work and my path toward my masters degree. I recall an excruciating semester of uncertainty, concluding at Christmastime, with a perfect set of grades. Still raw, but surprisingly strong on my feet, I found myself using my open afternoons to retrace my steps.

At both ends of my 120-mile commutes between Portland and Boston, it seemed there were paths and venues for me to revisit. Very consciously, I’d stop at landmarks such as the Café Paradiso, on Brattle Square, which had unwittingly become a late-night way-station through my anguish. But this time I walked through all these places with a strength and perspective that, in my own way, set things straight. From workplaces, to bus stations, campuses, and streets- as my notebooks are my silent witnesses- every valley was exalted. It wasn’t until I had been well on my way- with teaching, publishing, and a new savor for living- that I recognized this way of setting things right by overwriting what had passed. Writing through the journey. Taking myself out to a certain restaurant alone had been startlingly emotional; returning to it, as well as to a variety of locations and settings became a kind of reclaiming adventure. And in true pilgrimage fashion, the means could not be the destination. 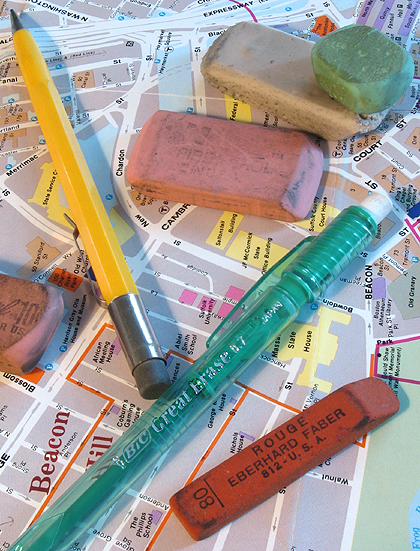 Overwriting and revisiting has been for no other accomplishment but for me to transcend. Surely, not every inexplicable side of life lends itself to such an application. Time itself, requiring patience and discipline, has erasing properties. The passage of time broadens spaces between living beings and fixed landmarks, though I know enough not to expect it to heal all wounds. Erasing the prominence of darker marks by overwriting might be an odd form of poetic justification, but it does liberate me from outdated apprehensions. Even friendships have been mended in this way.

Just as memory can soothe, it can also be a forum of torment. As any volatile substance, remembrance is subject to destructive misuse. Past is prologue, but it is not intended to be repeatedly relived. Studying manuscripts in the soul’s archives provides for a panning distillation of history to reveal the gold nuggets of usable currency. And from there? Recording, erasing, overwriting, and clouds of forgetting are now in my consciousness. These are skills that are occasionally necessary, if old steps are to be retraced in order to cultivate constructive perspectives. Very gradually, my antidote to prohibitive fears has been to build trust. And those “corrective” efforts find their way to becoming the new memories, the new reference points, and my own reckonings of their respective places and predecessor events. Indeed, this attests to the forceful influence of connotation and iconographic symbols and signs. 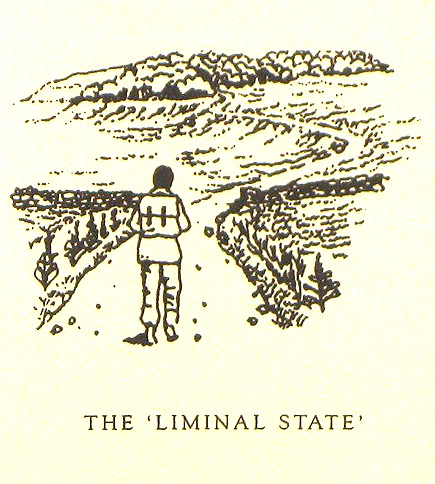 Posted by speculator at 1:15 PM

I like reading what you write. Your insights are keen and heartfelt, uniquely personal yet posses a certain timelessness akin to the wisdom of the ages. Really.

I guess we could all use an eraser now and then. Who wouldn't like to wipe out past horrors and regrets and feel as if we can start fresh.

I know it's possible, just as the flowers grow fresh every springtime after their winter burial under the snow. Still, although the snow melts, we never forget that chill that it held over our souls, do we?

I am not sure why I missed this particular post of yours. Amazing eraser photographs. I love that they are used, which is what gives erasers (and writing) their character.