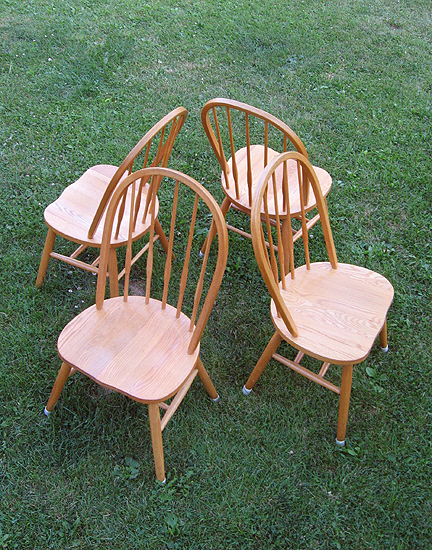 “Bloom, O ye amaranths! bloom for whom ye may,
For me ye bloom not! Glide, rich streams, away!

With lips unbrighten'd, wreathless brow, I stroll:
And would you learn the spells that drowse my soul?

Work without Hope draws nectar in a sieve,
And Hope without an object cannot live.”

“Musical Chairs” is an old-fashioned children’s social game which I recall from such occasions as birthday parties and indoor recess times in grammar school. A line of chairs would be situated at the center of a large room. There must be one chair fewer than the number of participants. A moderator would operate a music-playing device, and while the music played, the group would process around the chairs- moving along while carefully eyeing the shortened supply of seats. Without warning, the moderator suddenly stops the music, at which instant each person must seat themselves in one of the chairs. Inevitably one person is left unseated, causing them to leave the game. With each subsequent round, one chair gets removed, the music recommences, and with another surprise halt, the diminishing group scrambles for an incrementally shorter supply of seats. There are always too few chairs for one-too-many people, and thus the game of elimination continues, right down until there are two people and just one chair. 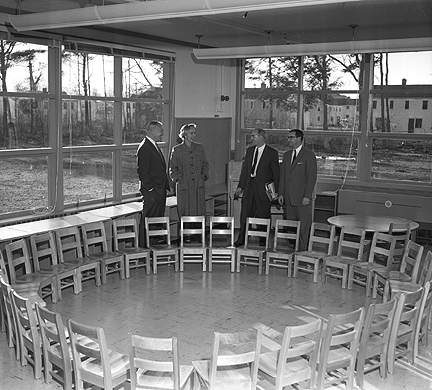 The dynamic gets interesting when the game pares down to something like five chairs for six people. Those precious, remaining seats receive an intensifying, hawkeyed, hovering treatment. With each turn around that diminished set of places, the sense of urgency increases. As the group of contenders decreases, always with one-too-few corresponding possibilities, the game becomes increasingly competitive. As a children’s game, we can say the ramifications are very low, of momentary note, and quite forgettable. Some of you might remember the schoolyard song that ends with “the cheese stands alone.” Well, “alone” lasted barely a minute, long enough to move on to another game. The “cheese” might later wind up hitting a home run, or scoring a goal. Such situations had no enduring memory, broadly speaking. 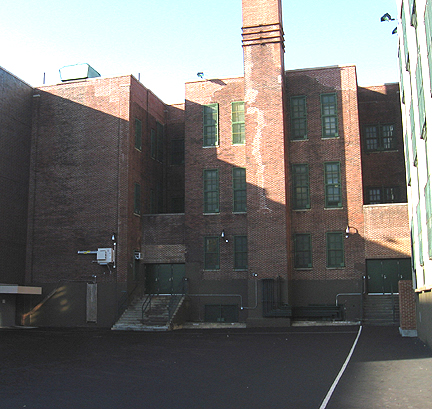 Schoolyard at my grammar school, P.S. 13, in New York City.
Below: Seeing the P.S. 13 schoolyard, as a visitor with adult's eyes.

Then there are those among us who remember in sharp detail. Whether beneficial or not, we are able to see metaphors in things as trivial as children’s games. In the thick of New York City, playgrounds and schoolyards are paved like streets and sidewalks; all were interchangeable and seamless to us. My friends and I invented games, or we imposed our own usable rules upon known popular street games. Assembling to play “ring-a-leevio,” which combines hide-and-seek and tag (and sometimes running bases), we’d start by setting geographic perimeters. We did with our odd mutations of baseball and football, too. What is acceptable, and what is out-of-bounds? We didn’t dislike the kids who couldn’t exceed at batting, fielding, running, or throwing; we didn’t like the kids who refused to play by the rules. We didn’t know many “grownup” words, but we had our own version of “inclusion.” Ramon’s little brother Jorge had to play with us, because he was Ramon’s brother. Luis was with us, because he lived on the same block. Madhavan was with us, because he was with us in school. Such things went without question, and well they should. 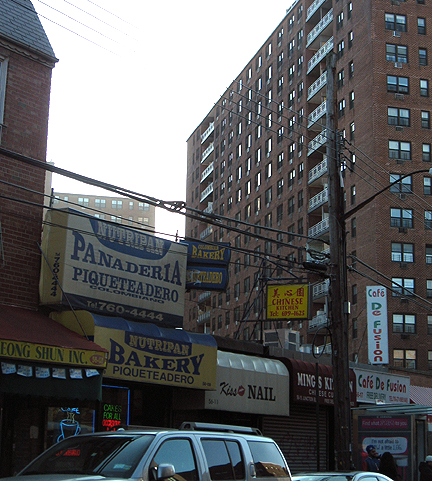 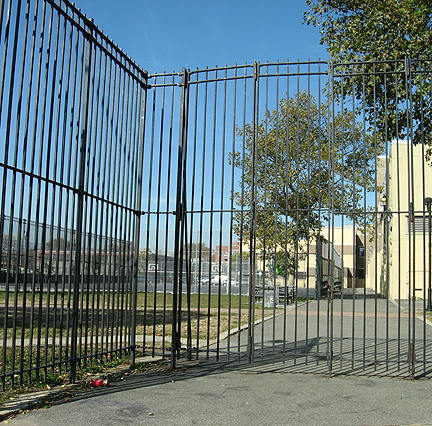 Departing from those childhood instances of mutually-accepted rules, time revealed more of the rigid variety- implied in “musical chairs.” Particularly when there is no infraction of the rules (or laws, or etiquette), exclusion can be a terribly negative force. Turning aside the rose-colored glasses, the same kids that called “do-overs,” and would add a 4th strike to allow for a more interesting ballgame, were also among those who ostracized other kids. We naturally know how to shun and leave others out, and such adolescent behaviors that reach adulthood and middle age practice subtle and effective ways to accomplish their ends. Sending a fellow child to the sidelines looks quite direct and overt, compared to how adults blackball each other from behind closed doors. There is also a bullying dimension to neighborhood gentrification, especially as landlords imitate their lesser peers who gouge residents and squeeze them out of their homes. As with schoolyard, workplace, and political bullies, if they can get away with it, they will. But conscientious people do notice. What seems as elusively opaque as boardroom doors is an equally elusive notion of the downtrodden transcending exclusion. 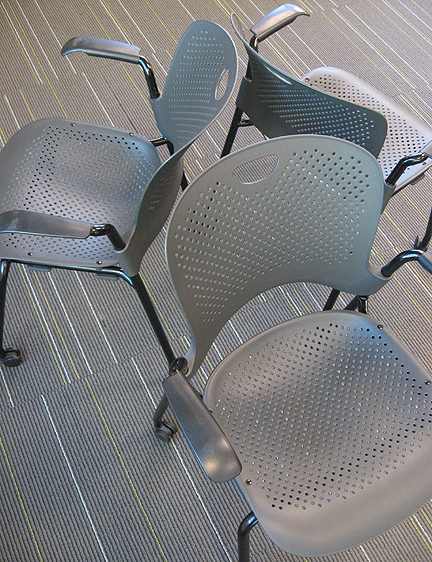 As some are either content or resigned to be overlooked, many are not. The latter can echo Coleridge, in the quoted Work Without Hope, stupefied and mystified at exclusion from fulfilling a vocation. The amaranth flowers of his poem bloom for those who have successfully reached and taken their brass rings. These blossoms adorn that last seat and its fortunate occupant. Indeed, the plight of the job hunter continues the legacy of musical chairs. But the adversity is much more complex, and life sustenance is in play. The rules appear simple: an individual makes inquiries and represents their abilities and accomplishments, aspiring to be able to demonstrate their qualifications in person. Honest play for honest gain, or at least it should be so. 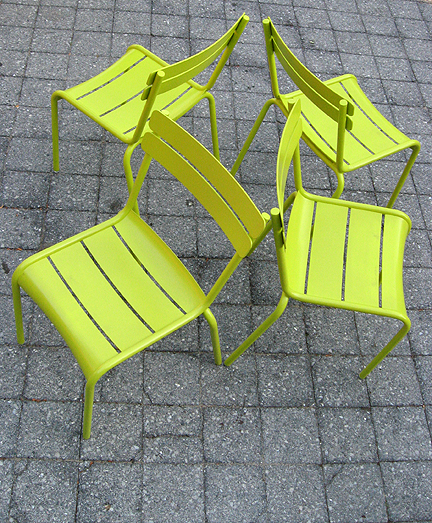 Alas, as it was during childhood, there are innocence-threatening realizations to be made. Of course there are exceptions; at least I continue to resist succumbing to cynicism. In too many instances, hiring procedures tend to be woefully rigged and disingenuous, amounting to one of the last bastions of permissible bigotry. Many of us naively face the job market with high hopes that blend together hard-earned degrees, gainful employment histories, achievements, and adventurous can-do pluck.

Below: From the abyss of automated online applications. 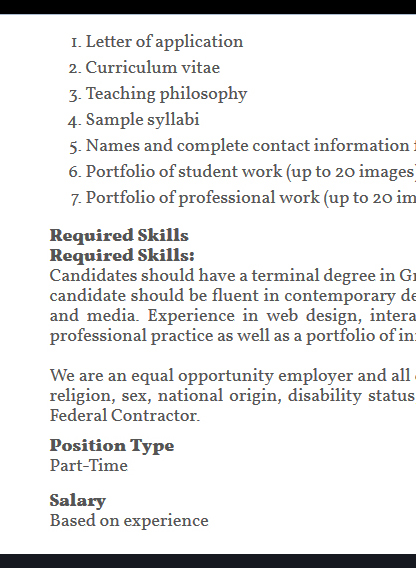 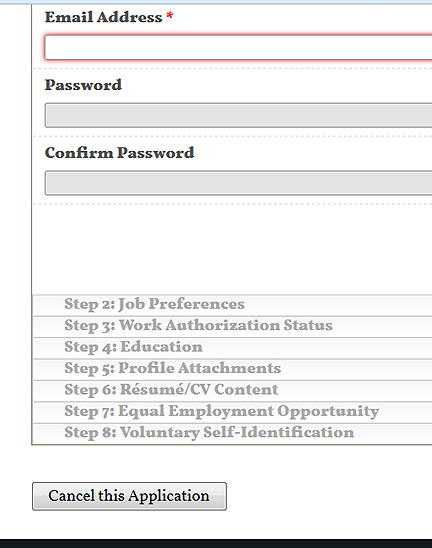 We bravely and dutifully endure demeaning online procedures. Some of these strangely demand typing in such things like the name of our junior high school. Succinctly worded résumés and crafted letters, targeted to the position, are absorbed into data-dissecting web applications along mazes of pigeonhole questionnaires. These reside in a cloudy culture that belongs to the virtual world of passively choosing from formulated lists and thumbnails, like shopping, social media, news, and even dating. But for the job hunter, the genres are oddly enmeshed. The perfect impression is sought, to draw attention. Applicants are challenged to be personal and specialized, yet the process is vague and uncommunicative. Often, rejection notices are eschewed; there is merely silence with the assumption that somebody else got the musical chair. On the other side of the virtual curtain, many a search committee will hand the coveted position to a crony- regardless of experience or credentials. Insiders play their own private version of musical chairs. After all, we dwell against a fear-based culture; unknowns are distrusted and prejudices remain unquestioned. And many of us are astonished at our own naivete and purist expectations. There are those who would rather not play games. Despite all of this, stouthearted searchers continue on. Somewhere out there is a chair that will not be whisked away. Eloquently composed. A continuation of playground behaviours for some but serious as it plays with lives of the affected and can cause deep pain. Thank you for sharing. Michelle 🙏