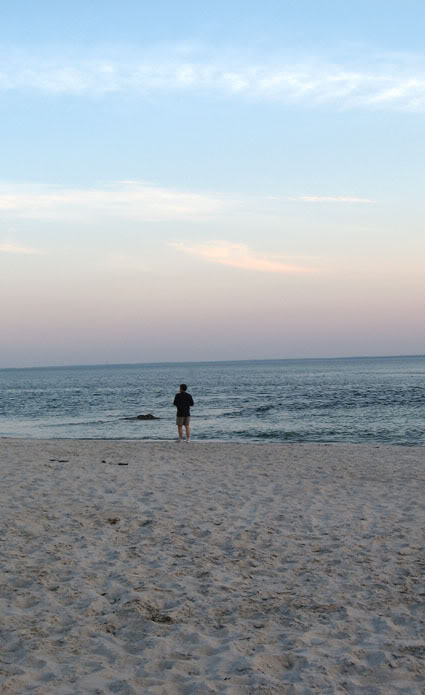 The little prince sat down on a stone, and raised his eyes toward the sky. ‘I wonder,’ he said, ‘whether the stars are set alight in heaven so that one day each one of us may find his own again... Look at my planet. It is right there above us. But how far away it is!’"


Writing a one-sided commentary on the topic of paradox is itself an ironic contradiction. But it’s surely worth a try (or two), especially as the unconscious becomes conscious and as life’s complexities that purport to run in opposites actually manifest in an unspoken unity. So, here is at least a first attempt. Surely, part of what happily liberates those of us who write alongside our days is the simple criterion that some matter must occupy our thoughts enough to warrant writing about it. Thus far, I have found that articulating the unspoken gives way to new awareness, rather than spoil any gained momentum of thought. The beginning of a change is sparked at the moment we notice something.


Rich Mullins, whose songs had a startling sense of raw poetry, had a song called, "We Are Not As Strong as We Think We Are," in which he observed, "we are frail, we are fearfully and wonderfully made." These lyrics come to mind, when considering such entwined paradoxical ideas as weakness and strength, provisional and eternal, with proximity and distance. Mullins’ refrain concludes with,

"Forged in the fires of human passion
Choking on the fumes of selfish rage
And with these our hells and our heavens
So few inches apart
We must be awfully small
And not as strong as we think we are."


It’s been pointed out to me, over the years, that I live between worlds. In art school, I heard numerous comments about my work and the ways I see the world, straddling ideas and ages. Being repulsed by all that "artspeak" all of us who endured art college had to put up with, I just ignored all the clichés alike. My classmates who fell for such trends as the oversized fields of empty space, the grainy hip-shots, or the shaky strobe look, would offer their insults at my sun-printed kallitypes and quiet reportages. There is, indeed, a fine line between perseverance and stubbornness. Later on, gladly leaving college behind, I had the experience of producing high-tech color composites to pay the bills, then turn around and continue exhibiting my monochromatic meditations. And there was some respect! However, beyond the morass of triteness, following years of experience and changed life circumstances there emerged some truth in this notion of drawing worlds and paradoxical ideas together in one modest life. Many have pointed this out and now I realize some validity, especially as I make note of life’s complexities. And in this terra nova to which my journey finds myself, this time is one of taking stock.


Living between worlds causes me to think of how I’ve never quite fit squarely into any one camp. And perhaps I don’t wish to any more. Those of us who have lived with having been branded as "odd," eluding typecasts, and thus frequently left out of the mainstream (and how that can torture a defenseless child’s soul!), might prefer instead to exult in the kind of eclecticism that frees an individual to weave a range of influences and connections. There is a fulfilling enjoyment in applying the knowledge and background of one side of life and work into another; it becomes possible to relate the unrelated. Why not bring an artist’s intuition to academia, or poetic sense to technology- or reciprocally a logician’s sense to creative processes? If someone notices my use of one lexicon (say, musical lyrics, or sports, or philosophy) interpolated into the verbiage or methodology of another (say, computers, or cooking, or classification), the opportunities for creative kindredship are really quite endless. In fact, you really know you are ever "between worlds," when it happens as a matter of course and your friends are the ones who notice it.


Eclecticism may be noticed when our vision manifests by our actions, but when life between worlds is profoundly at our core, we can see how many facets have shaped who we have become. For my part, I ponder how I inherited stories and traits from various forbears, but have lived an immigrant’s experience of my own. How I moved from ancestral religion to a personal faith, and what enormous cost I endured. Never squarely in one camp or another. European and American; old world and new world. Between community life and solitude, sorrow and hilarity, material culture and spirituality, the temporal and the eternal. What is engraved in granite, and what is sketched in graphite. To connect and to watchfully stand fast; to strive and then to surrender. My comprehension of hopefulness is to seek "third ways," away from intolerant extremes. Having to reluctantly participate in this culture of competition, my compromise is to not be overrun by it, trying to keep a view of what is sacred and timeless amidst such harsh materialism. Articulated so well by the apostle Paul, it’s not "a struggle against flesh and blood,*" which is to say material limitations, but essentially the challenge is to contend with what darkens our paths (les ténèbres de ce siècle). 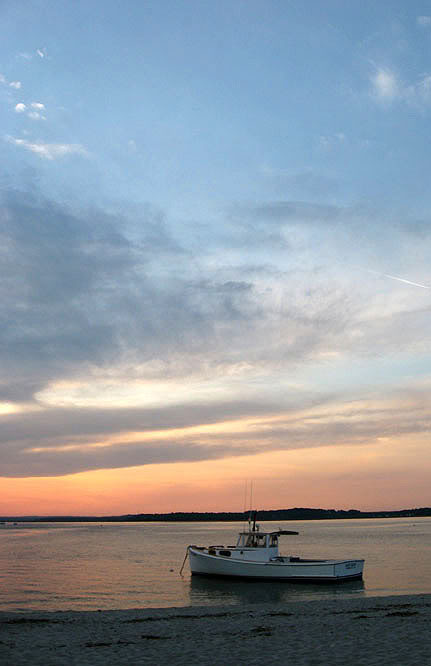 And being a true eclectic, my paths have been those of pilgrimage voyaging, and searching for the stability of home. There are very few things in life I have consistently cherished more than a heartfelt sense of belonging. It is one of those threads that for me has neither beginning nor end. Little tastes, here and there, of the rarified solace of belonging brought my hungered search to the fore. Place can be both physical and spiritual. Suddenly, during a protracted spell of grieving and desolation, I surprisingly found myself strongly rooted to the place I live. The beginning of coming back to life came in to the form of investing heavily in my city. During that time on a long stay of several weeks in Chicago, when I looked at moving there, I hurried back to Maine homesick, and finding my car at the Portland airport instead of driving home I went directly to the ocean and climbed out on a big seaweed-covered rock. The salty, swirling waves welcomed me at my perch like a big savory soup. In a profoundly definitive way I knew where I was meant to live. Far from where my family had gone, but home where I belong; what a strange and deeply intuitive feeling.


Then there is the kind of belonging which is that of the heart. Certainly, reflections and essays can be devoted to this one concept. Once again, for those who have intimately known exclusion or neglect- benign as that may be- the yearning to belong has a fire that flares in both the presence and the absence of belonging. It is a desire to be embraced by the heart of another, to be recognized among peers, and to tangibly see divine promises we hold dear. Yes, there is the strength of faith, but yes indeed I want to see, too. Rich Mullins said it best, indeed "we are not as strong as we think we are." Fine enough, and so to ponder the value of articulating the paradoxes illustrated in this continuum between worlds? For the moment it suffices to try to understand my own self, and be an understanding presence to others. The savour of the home I seek is the compassion I wish to embody. 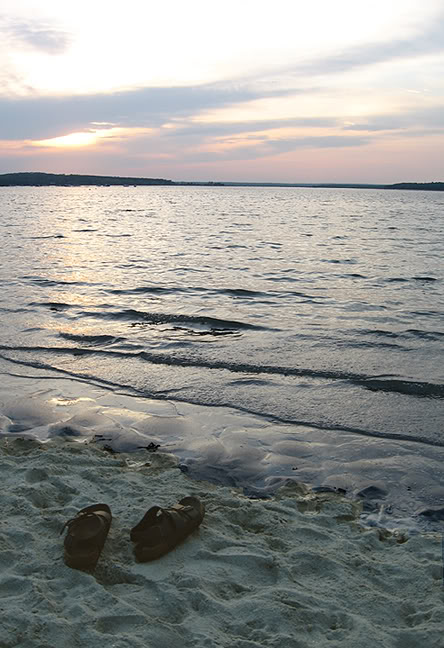 I remember you posting some time long ago and you had photos of coffee and books open with stationary utensils and everything. There was a saucer for the tea cup and I can't remember ifd it was daytime or night time and you were talking about voyages it is i believe.

Thanks for your comment on my blog, I will still be reading yours and everyone else's....but I'm afraid it's a project which has come to an end! I understand what you mean by not fitting in, I still feel that even though I've been out of school for over ten years. I think a lot of artistic types feel this way.

Thank you so much for your support! I am so excited about this new phase in my life. I will be going to get my Masters in Social Work. It has been quite a journey figuring out what it is I am meant to do in this world. My writing I believe will flourish in this new decision as my greatest inspiration has always been people.

Thank you also for this post. It seems your writing always has a thread that runs through it connecting everyone who reads it in some way. We have all felt like a misfit in one way or another. I believe the key is to be able to grasp what it is that makes us different, and rather then cursing it, embrace it. Your words are timeless and completely comforting.

Hope all is well in your world,
Katie