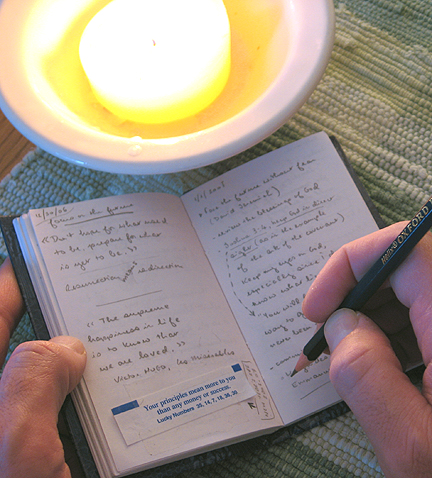 What more appropriate time than the Eighteenth of this month to pause and give thanks for the written word. Let's consider why we write, why we tone our muscles of orthographic articulation to record our thoughts and observe our ever unfolding lives.


In Scott Peck's opening chapter of his Road Less Traveled, he is sure to establish that if anything at all, life is difficult. By setting this in context, we neither rail against the absence of unrealistic perfection, nor do we hold assumptions that things must be easy. But I would add that when we write, we are sure we are not alone.


The written word can vindicate, as well as advocate. Considering how persuasive prose has advanced major causes, it brings to mind the shortage of sharp wits in these times of sullen mediocrity. We can easily call to mind the power of well-constructed words during the Reformation, or the American Revolution. Not to be forgotten, amidst a horrific civil war- the bloodiest in the history of France- the massacred Huguenots could not match the resources of the armies of the royal courts. They stood well on ethical high-ground, having been hideously wronged and flagrantly murdered, yet undefeated their circumstances fuelled the spirit which helped them survive. "We had beaten them over and over again," said a king's soldier named Montluc, in a rage. "We were winning by force of arms, but they triumphed by means of their diabolical writings."

Lift your graphite, or inked, or pixillated swords, and persevere ! 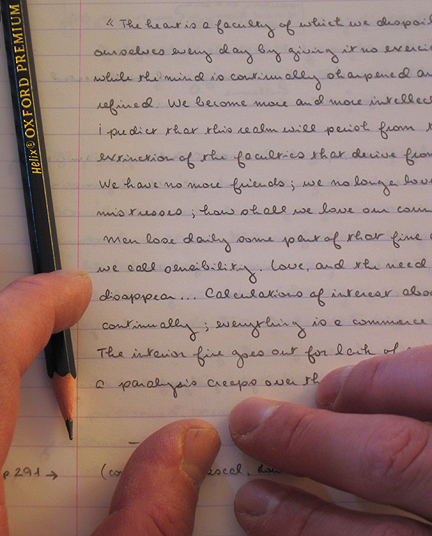 Hi Abraham, my schoolhood chum Bonnie Blythe told me of your blog...I'm a writer and Catholic convert. Do you know of a book called The Woman Who Would Not Die, by Julia de Beausobre? I just read it myself; she was at the penal camps in Stalinist Russia and talks, among other things, of forgiveness: "But surely, when you overcome the pain inflicted on you by them, you make THEIR criminal record less villianous? Even more, you bring something new into it--a thing of precious beauty"...

philosophic texts.. i like it. just passing by, hi&good bye.

im surprised you know some norwegian words!why is that?

well.. there r definitly more feelings in pencilwriting than a pen.