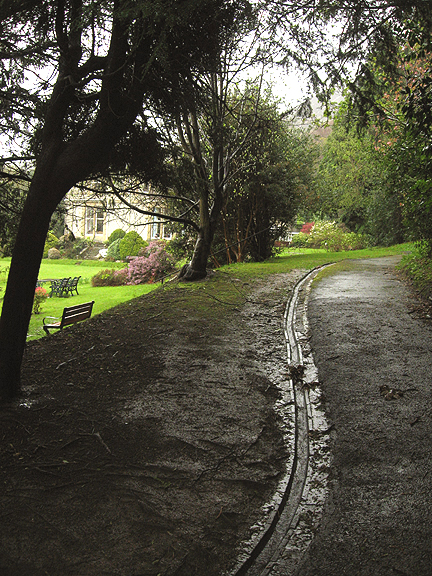 “He that dwelleth in the secret place of the most High
shall abide under the shadow of the Almighty.
I will say of the Lord,
He is my refuge.”

Following a week of exploring, visiting, and joining inherited history with the present in the Bangor region, I enjoyed some reflective time a short distance eastward. Penmaenmawr, a small coastal town, is also in the Snowdonia region of North Wales. Between the high terrain concealing many of the region’s old slate quarries and above the east-west sandy shores of Llanfairfechan, Penmaenmawr, and Dwygyfylchi is the Noddfa community. In permanent residence at Noddfa are the Sisters of the Sacred Heart of Mary. The sisters extend a heartfelt ministry to the public, with their spacious Victorian house and its terraced grounds, for retreats. The word “noddfa” (pronounced nodth-va) is Welsh for “place of refuge,” or “haven.” 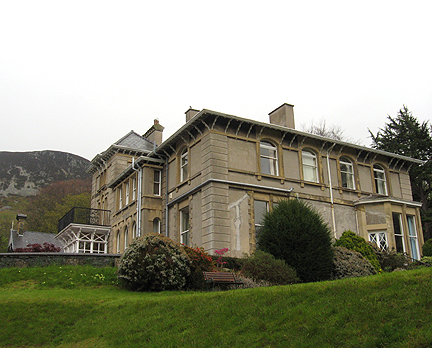 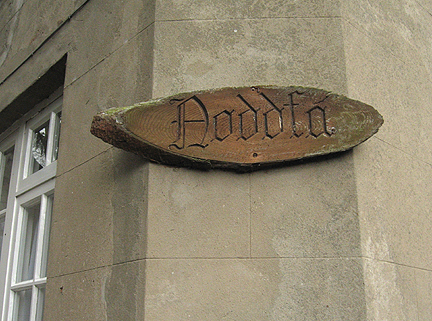 The composite experience of living for a week among the community of residents and retreatants, combined with peaceful environs and verdant landscape, provided the setting for a blessed sojourn. To be able to reflect within a larger journey proved to be a great way to consciously savor each day’s offering of moments. It was also an opportunity to simplify my paces before travelling south for the subsequent couple of weeks’ adventures. The repose provided spans for quiet gratitude at the center of an astonishing and dreamlike time. 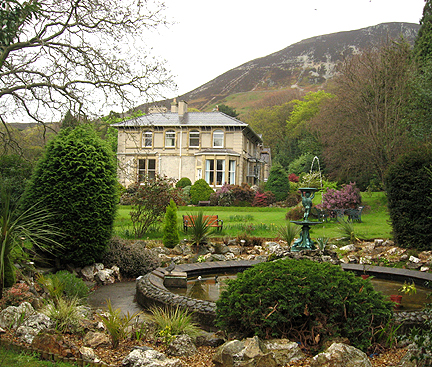 Over the years, reflective respite time has become a vital ingredient in my life’s progress. Finding time to slow my steps, even from necessary employment, has become increasingly vital. And the striving efforts intertwine with the contemplative stops. Beneath representative résumés recording job responsibilities and service are parallel counterforms narrated in years of my written journals. 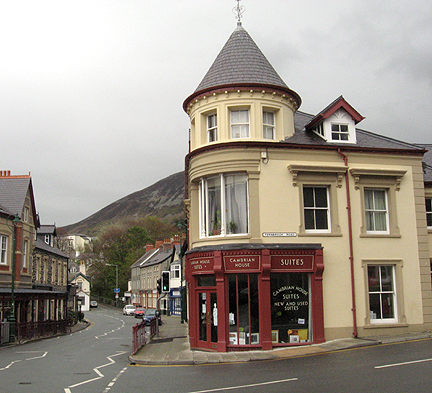 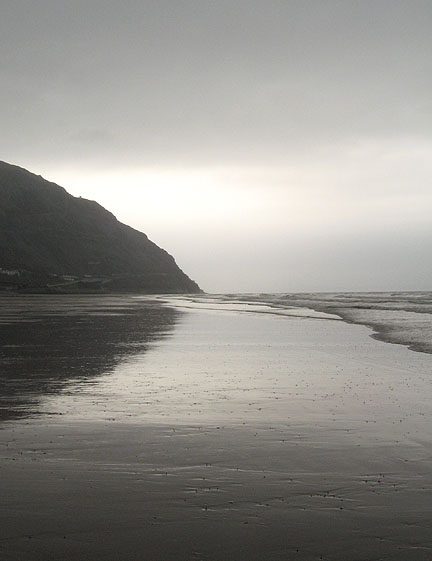 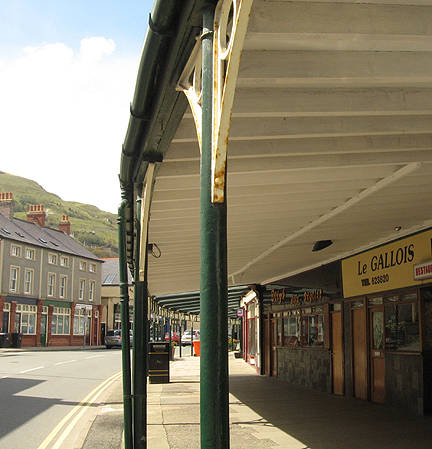 For this journey through Wales to be as much exploration as contemplative sojourn, I had planned my stay at Noddfa long in advance. The idea was for the retreat to be somewhere in the middle of these travels. This helped me to leisurely appreciate and retain the many fresh impressions that accompany visiting new places. Viewing the whole of life as pilgrimage, times of unguarded repose allow me to ponder concerns other than the usual survival matters gratefully interrupted. Rather than escapism, retreats are momentary leaps from indefinite conveyors. Healthful contrasts have taught me much over the years about the kinds of solitude that promote creativity and perspective. Employment trials become seasons between the retreats, so that the intermissions seem less occasional as brief seasons punctuated between tribulations. A balance struck among contexts often smoothens the terrain, soothing and spicing the old quotidian. Curiously enough, the respite times often lead to a willingness to return to the fray, similar conversely to the cravings for peaceful solitude during stretches of constant work. Blending together the apparent opposites together is a thirst for holiness, for clarity of mind, and for meaning, is a comprising desire to serve well with my abilities and resources. And such thirst is what sends me out and away to places of tranquility and rejuvenating simplicity. There are landscapes to survey, both exterior and interior. Another motivating factor is my clear memory of previous retreats. Recollections become a cherished library. Aftertastes from a personal history of pilgrimage travels have layered into depths of recollections that in themselves inspire. 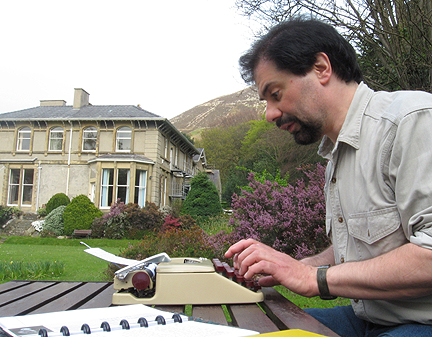 The Noddfa experience combines the essentials for a contemplative retreat. The generously proportioned house, which serves both monastic and retreat purposes, had been built in 1860 for Murray Gladstone- a cousin of Prime Minister William Ewart Gladstone. After its life as a family retreat for the Gladstones in the 19th century, the house became a convent- later evolving into a combination of both convent and retreat house. The grounds are on a slope between ocean and mountainous terrain, and the Noddfa house is amidst gardens, trails, and woods. The Sisters’ welcoming warmth is sensed throughout Noddfa, and the mansion-like house has an assuringly cozy, unpretentiously practical, and relaxed ambiance. Fellow retreatants blend into the cordial hushed tones of the place, and two fortunate cats make themselves very much at home on the first floor. All present share meals together in the enormous dining room, and a portion of the house has been made into a chapel for community prayers and Mass. 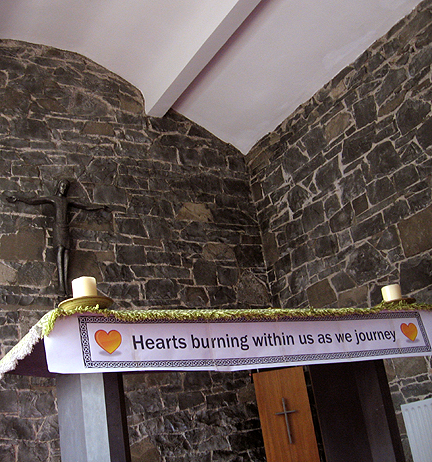 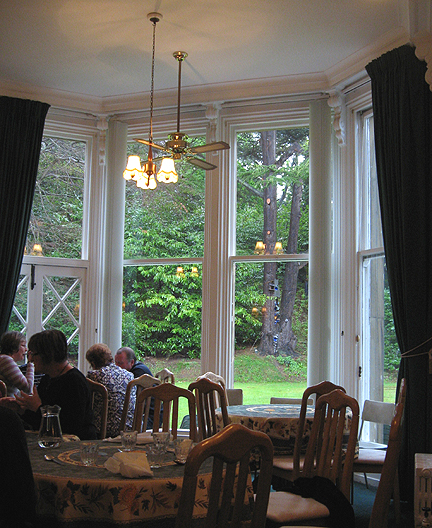 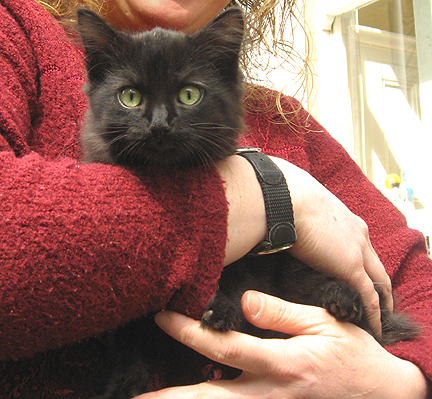 The amiable and completely undemanding environment is ideal for me. My preferred retreats have always been the “unguided” variety. The Holy Spirit is what ultimately gives life, and this can be really sensed in a peaceful environment that is free of anxiousness. At Noddfa, I found the house and its immediate grounds equally as fascinating as the nearby villages and the mountainous seaside landscape. My neighbors were as encouraging as the beautifully inviting green paths. At numerous perches, both outdoors and indoors (during rain storms), I made many occasions to write- greatly appreciative of such unfettered space and time. My notes came to the subject of refuge- noddfa- of shelter. It may well be that shelter is sought to be away from distracting noise, worries about status, sustenance, past regrets, and future prospects. But it is equally a refuge into times and settings that allow for an enjoyment of sights, tastes, and interactions that are life-giving. And from the sheltering refuge is an entrance into, rather than an exit from, the horizons that call. Indeed, the paths of Noddfa merge with the Conwy Old Road, through Penmaenmawr, and to the wide skied open seas. 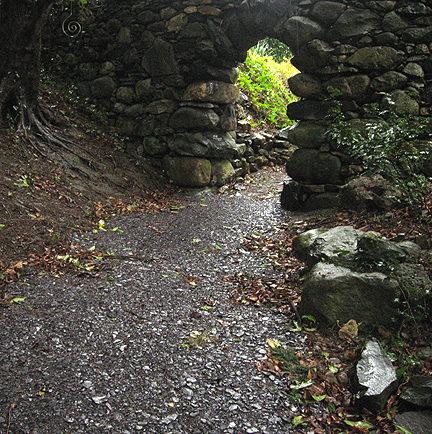 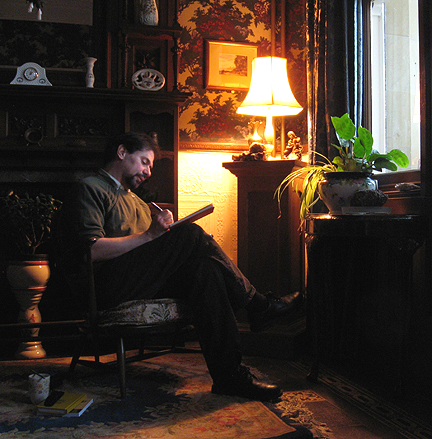