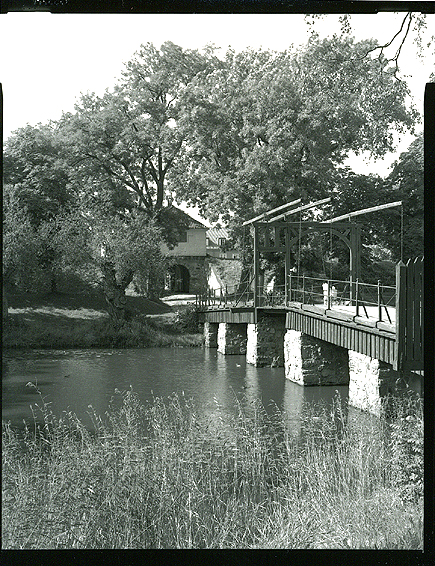 Because finding the treasure is only the beginning of the search,
you have to be careful.”


This evolving voyage is well in progress, and I am still young enough to find it endless. And along this complex network of paths and way-stations, with an increasing array of experiences, places, and remarkable people, a broadening and deepening of perspective begins to form. We may even observe our own sense of self-possession, as it develops. During a pleasant and animated conversation with a group of colleagues, just last evening, I heard myself express a culmination of thoughts in response. Once in a while, I am able to enjoy the observations of others, with the addition of my insights; and in context, this provided some food for thought on the quiet ride home.


Exchanging stories occurs to me as a sharing of road maps, and in so doing it reminds me of the necessity of fine-tuning my learning as I proceed. In my deeply enthusiastic discoveries, I find that I have something to offer- although there are times for which keeping silence becomes equally vital, in a kind of self-preservation. When Henri Nouwen wrote of “finding the treasure,” he was referring to the biblical parable about discovering one’s life force. I think of it as having realized the purpose for the spiritual search. The basis is really an enduring beginning, and even if one’s faith may be sturdy and road-tested, there always abides a paradoxical fragility that reminds me of the vitality of nurture. And the carefulness that is implied here means that to prevent from burning-out, it becomes necessary to know when to attend to one’s spirit in silence. When our experienced insights can be retained enough to learn from, these adventures can become points of constructive reference instead of repeated pitfalls. To be able to retain those vital truths, we must develop ways not to be sidetracked from our sacred course, or be dissuaded from our ideals to the deathly point of cynicism. Is such occasional carefulness a holding-back? Is it fear? Must there even be a drawbridge at all?


To be soundly in this world, yet not owned by it, we find inventive ways to gain the proverbial field within which the treasure lies- even if it means exchanging what property and status we own. That restless journey to the place of rest means never losing track of that pearl of great price. The sacred journey began long before I knew what it was called; before even being aware that my life had significance. Last night, while winding with the curling roads of the Maine coast, between the pine forests and the rock ledges, I thought about my adolescent years on the merciless streets of Corona, in New York City. I had developed a survival instinct that looked to alternative ways to get from one place to another. In order to endure the dangers of gang-infested and crime-filled streets, hallways, basements, subways, and parking lots, I hatched multiple routes- as a kind of human chess piece- to get to places I needed to go. So many junctures had what-ifs and alternate plans through mazes of alleys and thoroughfares. Admittedly, my strategies of avoidance didn’t always work, but I was smart enough not to walk straight into the hands of predators. In the end, I survived with only a handful of muggings and a bunch of beatings.


But the self-conditioning of such impressionable years can really stay in a mature person’s psyche, and to this day I wonder at this childhood casting that combined standing my ground, with self-defense. When we think we are defending ourselves, what is being defended? When you’re a defenseless kid in the asphalt jungle, you’re running a gauntlet and trying to save your own hide. Even children are intelligent enough to see how unhappy such realities are. But then we raise ourselves into professional life, and self-defense often looks a lot less literal and more like an egotistical response. What is being defended, and against whom? What’s at stake? Is avoiding a “hurtful crowd” a wise move, or is it a manifestation of old fears? Those instincts from youth play a role in a developed conscience informing me as to what is permissible and what isn’t. Confrontation is also a conscientious decision, as much as a wise defense would be that attends to a sense of self-respect. Once more, there is a requisite balance between wielding strength and disarming by example. We can cultivate an innate knowledge that informs us when we need to fortify- and when self-fortification becomes obstructive. Indeed, for those who wish to “love your neighbor, as yourself,” with their lives, this implies forgiveness, forbearance, and maintenance. To others and to ourselves. Sharing wholeheartedly in Christ’s risen life is also sharing in his dying- even in the humility and humiliation of his experience. To follow is a call to be completely immersed: not simply to skim across the surface of still water, but to thoroughly sink into the ocean of living and be enveloped in God. 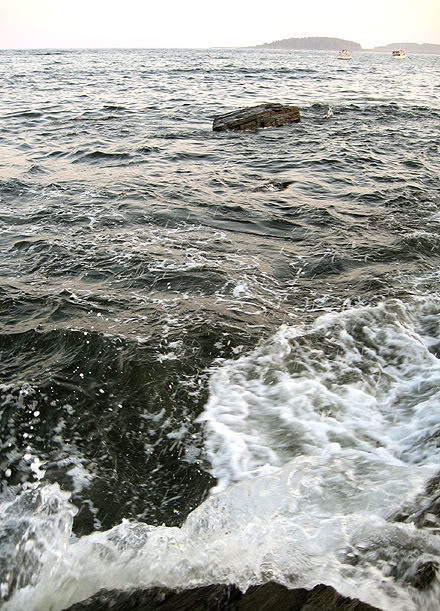 In his essay, “Control Your Own Drawbridge,” Nouwen observed a metaphor in the imagery of drawbridges in medieval castles and walled towns. “You must decide for yourself to whom and when you give access to your interior life,” he reflected, adding how there have been times when he has had to draw the bridge. This was his expression for exercising his commitment to listen for God’s spirit of rejuvenating strength. “Never allow yourself to become public property where anyone can walk in and out at will,” he wrote, “you might think that you are being generous in giving access... but you will soon find yourself losing your soul.” In my own way, I have known this endangerment, and return to the idea of losing track of the “pearl of great price.” Much care is needed when, in this world, we bare our hearts. Of course, there’s a chasm of grey area between living one’s whole life with the castle bridges locked up- and being a doormat. I think of how color transparency film can lose its entire spectrum of hues, when it gets overexposed. All that is left is blanched film with neither color nor outlined forms. Without looking after myself, I’ve often noticed being in a simultaneous state of being at once poured-out and saturated, to a detrimental extent. 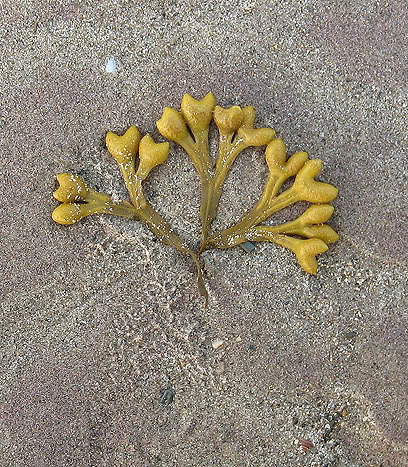 Returning to the quest for what has been subtly tasted as enough evidence to devote the whole of life, my thoughts move across and around my own years, pondering how I have perceived my identity. In the context of the occasional “drawbridge” of self-maintenance, I believe the profoundest sense of self-defense is activated with a knowledge of what- and even who- I represent. Perhaps we realize what our core reveals, when we are brought to speak on our own behalf, placing our selves on the line. Surely, such revelation needn’t occur solely at confrontational crossroads; our pared-down selves may be wondrously disclosed when traveling, meeting people, and beginning new ventures. When identity loses much of its baggage, we can learn a great deal about ourselves. We can enjoy our simplified selves. When that happens, I begin to think of my human and spiritual roots. I imagine “representing” my physical ancestors, and how I might resemble them. Having been touched to the core by unconditional love, from almost beyond grasp, my ideas of identity cause me to wish to align with the author of forgiveness and reconciliation. For this communion, there are no fortifications. We discover ourselves as we discover God, and my identity is truly concealed in divine mercy. Thomas Merton once wrote, in New Seeds of Contemplation, “the only way that I can be myself is to become identified with Him in whom is hidden the reason and fulfillment of my existence.” Indeed, it is far more than an elusive impression that moves me onward; the inspiration is in the substance and assurance I continue to encounter along the way. 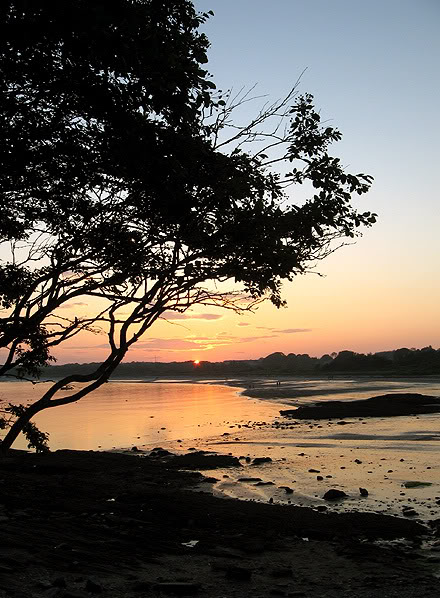